Shogoin Temple is located north of the Okazaki district of Kyoto close to Kyoto University, the Kyoto Handicraft Center and Heian Shrine. The area around the temple is famous for where yatsuhashi sweets, a Kyoto delicacy, originated in the Edo Period and also for pickles (tsukemono) made from Daikon radish and turnips. 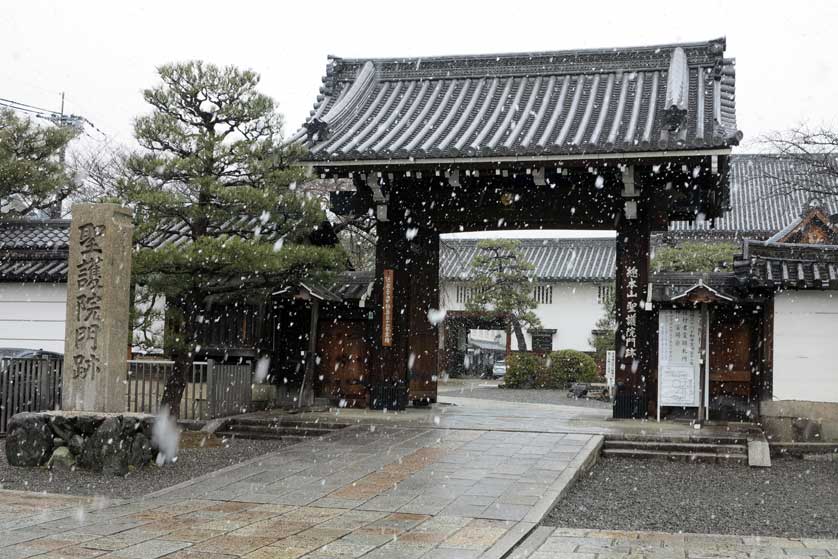 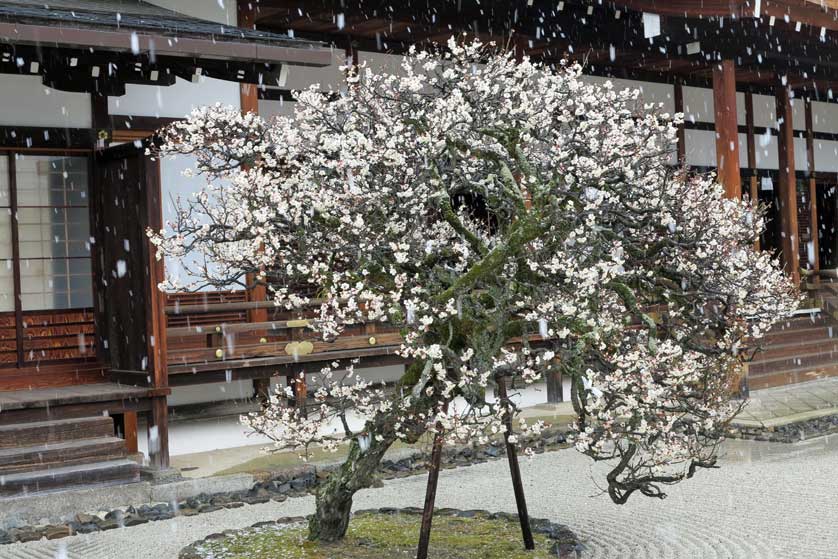 Shogoin was founded over 900 years ago, though the present buildings are around 300 years old as the original structures were destroyed in repeated fires. Shogoin Temple is the head temple of the Honzan Shugen sect of Japanese Buddhism, with its associations with ascetic practice.

Shogoin is a monzeki temple meaning that members of the imperial family or the nobility served as the head priests of the temple.

Shogoin has close links with the Japanese imperial family and indeed the emperors Kokaku and Komei resided at the temple when the nearby Kyoto Imperial Palace (Gosho) was damaged by fire in 1788 and again in 1854, during the turbulence of the Bakumatsu Period in Kyoto when the shogunate was in its final days.

The temple hall known as the Shinden was built to house the Emperor Kokaku. The over 100 sliding doors (fusuma) here were painted by members of the Kano School and depict cranes, peacocks, pine trees and stories from the Chinese classics. Many of them are now very faded and no unauthorized photography is allowed.

The Shoin (Study Hall) was also part of the Emperor's chambers when he was forced to temporarily relocate to Shogoin Temple. 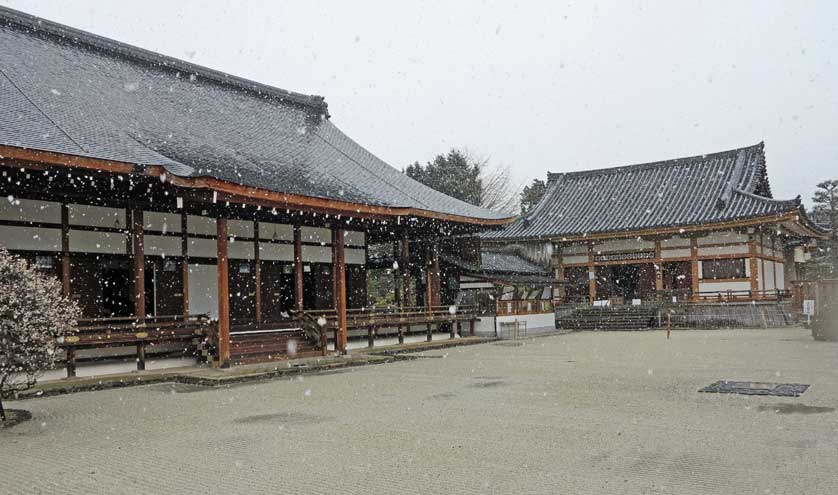 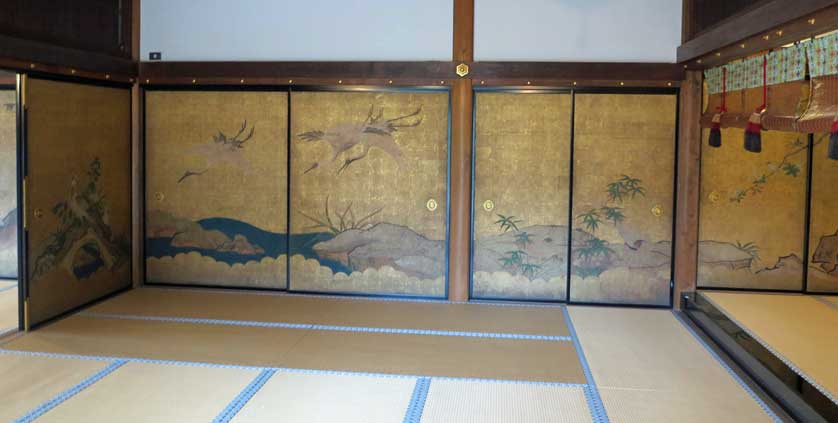 The Hondo holds an image of Fudo Myo-o.

The raked gravel of the garden contains cherry trees and also a number of plum trees.

Shogoin Temple is the the 18th temple of the 36 temples on the Kinki Fudo Pilgrimage beginning at Shi-tennoji Temple in Osaka and ending at Nan-in Temple on Mount Koya.

Shogoin Temple hosts a number of festivals throughout the year including a setsubun festival in early February when the image of Fudo Myo-o is open to the public free of charge. 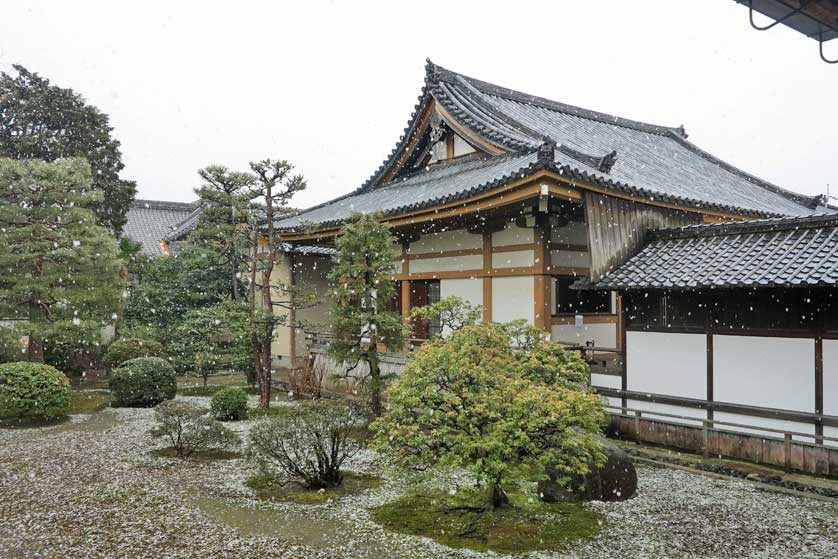 *Note: the area of the temple containing the sliding screens is not always open to the public.

Shogoin Temple is on the #206 bus route from Kyoto Station and Kitaoji Bus Terminal. Alight at Kumano-jinja-mae bus stop.

The nearest Kyoto subway stop is Higashiyama Station on the Tozai subway line, south of Heian Shrine. It is a 20-30 minute walk from here.

Shogoin Temple is near to Kumano Shrine, Kyoto University Museum and Kurodani Temple. 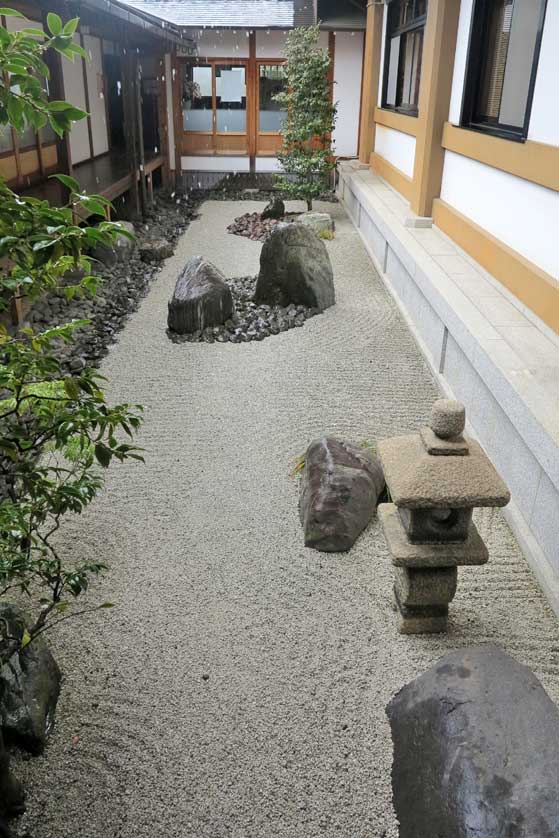 Places to stay in this area of Kyoto include Kyo-Machiya Shogoin, a private Japanese-style house to rent, as is Neneko House and Zen House. The ryokan Sawaya Honten is also close by.

Goten-so (Tel: 075 771 4151) is an upmarket ryokan situated on the temple grounds with tatami-style rooms, a bath and beautiful garden.

Shogoin Yatsuhashi is a famous Japanese confectionery shop located on the corner of Marutamachi and Higashi Oji since the Edo Period selling yatsuhashi - a curved, cinnamon-flavored biscuit-like sweet that resembles the bridge of a koto. Indeed yatsuhashi is named after Kengyo Yatsuhashi (1614-1685), a famous koto musician.

Unbaked yatsuhashi sweets called hijiri were brought out by the company in the 1960s and are Azuki red bean paste inside a jelly-like pounded-rice flour dough. Both types of sweet are massively popular souvenirs from Kyoto. 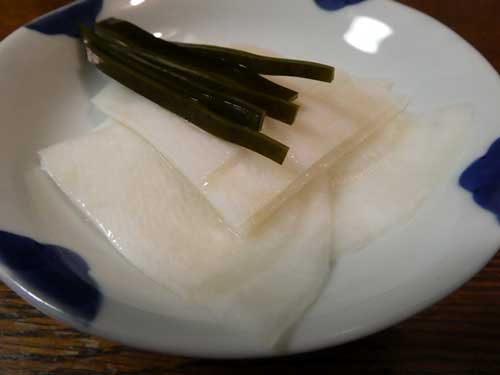 Shogoin Temple in Kyoto is monzeki temple with priceless fusuma paintings by the Kano School of artists. A monzeki temple it served as a temporary residence for two emperors.