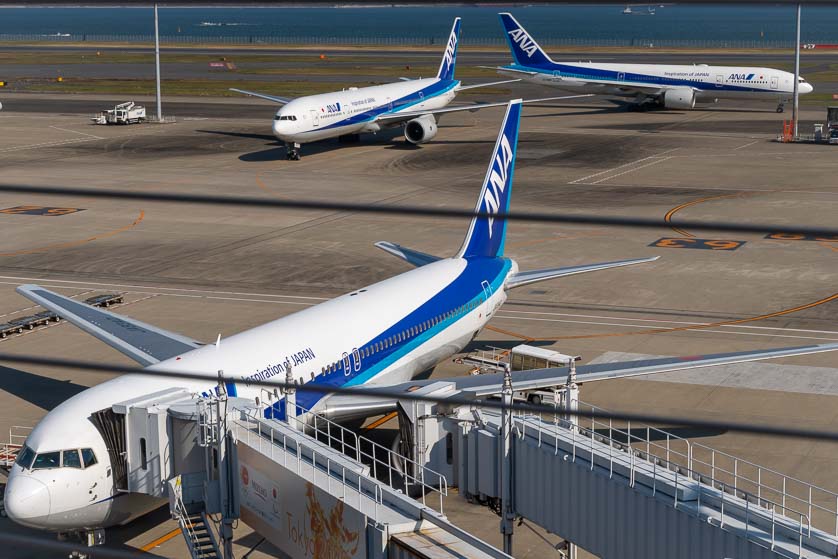 Tokyo International Airport (commonly known as "Haneda Airport") (HND) is not only Tokyo's and Japan's main domestic air travel hub, but a major international airport too with flights departing to and arriving from many airports around the world. 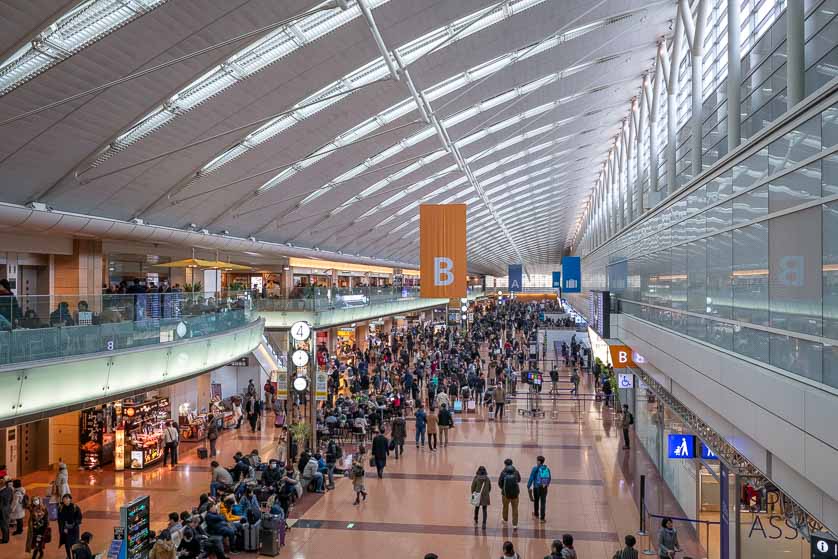 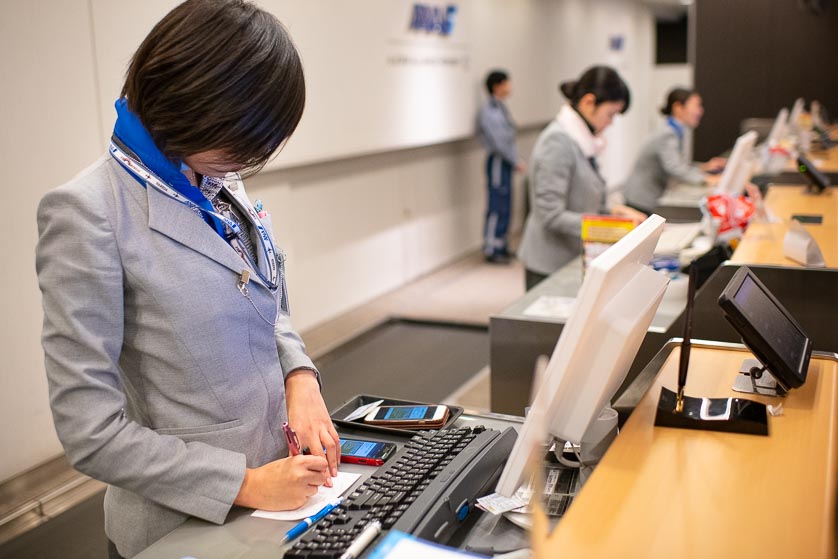 Transport links to and from Tokyo International Airport - Haneda

Commonly known as 'Haneda', Tokyo International Airport (HND) in Tokyo's Ota ward is one of the busiest airports in the world and a regional hub. Haneda handled primarily domestic flights and flights to Asia mainly Seoul, Shanghai and Beijing up until 2010 when the opening of a new terminal led to an increase in international flights to around 60,000 flights a year.

Haneda now has international connections to the major airports of the world.

Tokyo International Airport, adjoining Tokyo Bay, is in Ota ward in the south of the city and is much closer to most parts of Tokyo than Narita Airport. Haneda is just over 35 minutes by train from Shinjuku Station, just over 30 minutes from Tokyo Station, and 20-30 minutes from Yokohama. 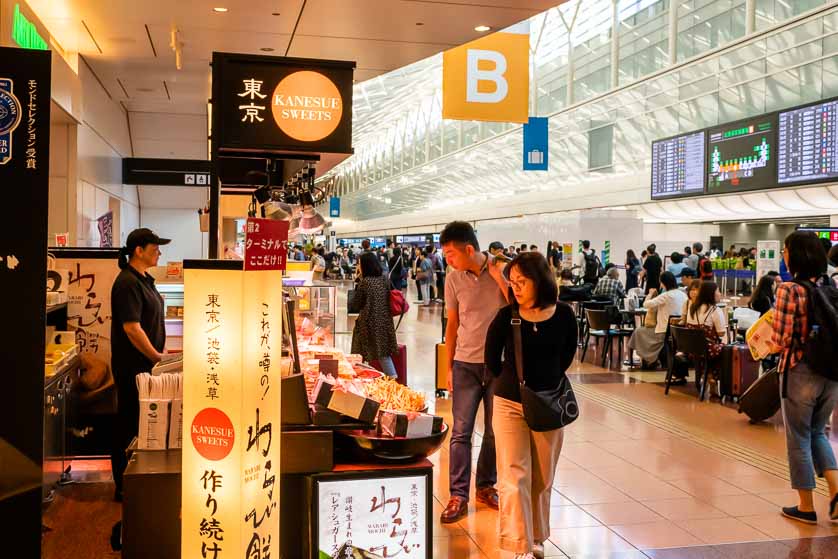 Food stall in the concourse of Haneda Airport, Tokyo

You can take either the Keihin Kyuko (i.e. Express) Railway (often abbreviated to "Keikyu") or the Tokyo Monorail.

The Keihin Kyuko leaves from Haneda-kuko Station (the domestic terminal), passes through Haneda Airport International Terminal Station (where travelers from overseas will board it), and goes a little north to Shinagawa Station in Tokyo on the Japan Rail Yamanote Loop Line (20 min, 400 yen) or a little south to Yokohama Station (25 min, 470 yen).Going north to Shinagawa may involve changing trains at Keikyu-Kamata station. Going south to Yokohama often involves changing trains at Keikyu-Kamata or Kawasaki stations.
Keihin Kyuko Railway website. 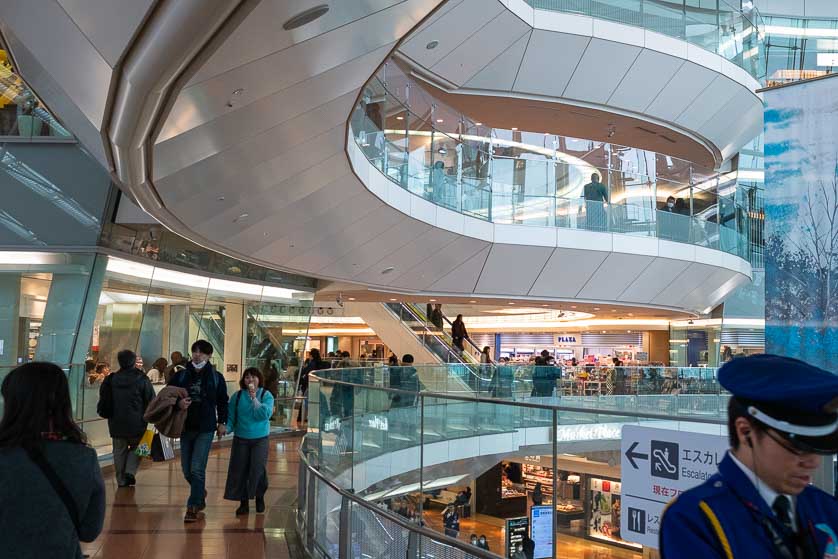 Depending on your arrival time, a bus ride can be very slow. Try to avoid buses during morning and evening rush hours. However, if you are booked in to a well-known hotel in Tokyo, a bus may well be the most efficient and hassle-free door-to-door way to go.Haneda Bus Timetable 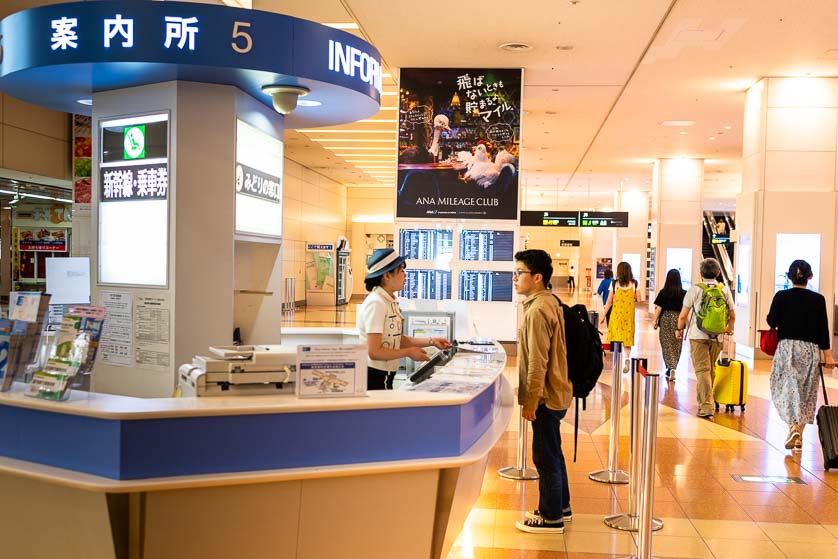 The Tourist Information Corner on 2F of the International Arrivals Lobby has five sections: 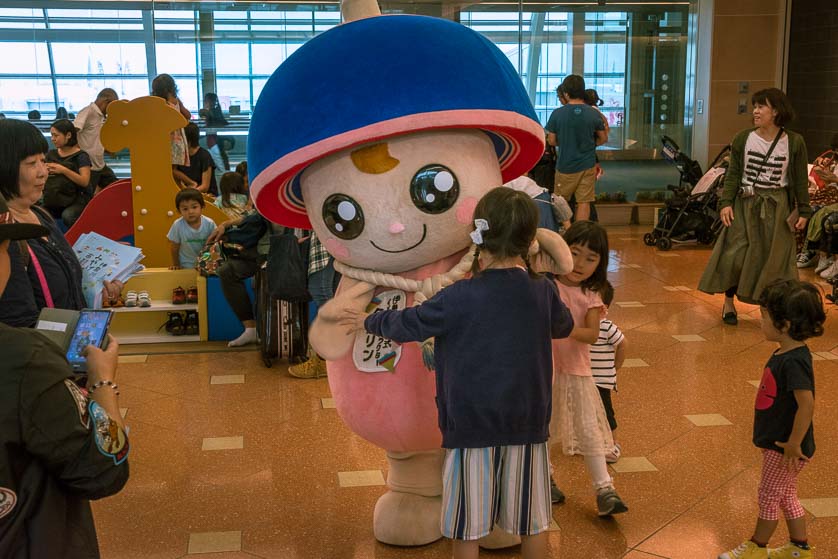 Bus is the easiest way to transfer to Narita Airport.

The interesting JAL Sky Museum is located at Haneda Airport.