Take a tour of five temples in Kyoto that retain the blood stained ceilings of the defenders of Fushimi Castle.

The Blood Soaked Ceilings of Kyoto 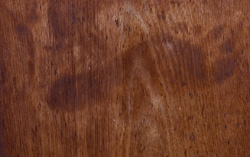 Warrior's blood will be above your head when you visit a small number of Kyoto's temples. It is nearly four hundred years old, blackened with age, but those ceilings are awash with it.

You can find the imprints of faces, hands, and feet. It is macabre, and that might be enough of a motivation, but if you take a tour of these temples, you will encounter some exquisite and uniquely Japanese art, and paradoxically, become acquainted with a gentler side of the Japanese persona. What follows is a guide for that tour, but first let me tell you how the blood got to those ceilings in the first place.

In 1592 Toyotomi Hideyoshi had ended Japan's feudal age by bringing all of Japan under his own rule - a bloody task in itself. Getting on in years, he handed over his title to his nephew and built a retirement palace in what is now the city of Fushimi: a grand affair that brought together the simplicity of the Senno Rikyu style of architecture and the flamboyance of the Azuchi-Momoyama period. It was there that Hideyoshi died. The power structure he left behind was an unstable one, soon challenged by Ieyasu Tokugawa. Tokugawa garrisoned Fushimi Castle with 2,000 troops led by his loyal retainer, Torii Mototada.

When the defenders learned from spies that a force of 40,000 was approaching, Mototada made the choice to remain behind, allowing Tokugawa to lead his campaign westward and consolidate his hold over all Japan.

Mototada delayed the attackers for eleven days. In the end, his forces were reduced to just ten. Surrendering with honor, they opened their bellies onto the floor of Fushimi Castle. When Tokugawa returned, their blood had soaked so deeply into the floor it was impossible to remove.

The third shogun of the Edo Period, seeing no need for the remains of Fushimi Castle, had them broken up, sending various parts to other castles and temples around Japan. The blood-soaked floorboards were incorporated into the ceilings of five temples in Kyoto Prefecture. 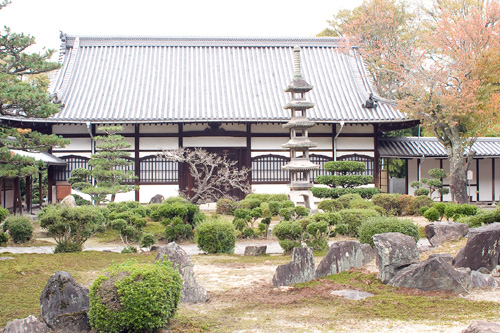