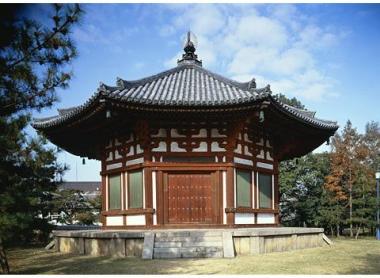 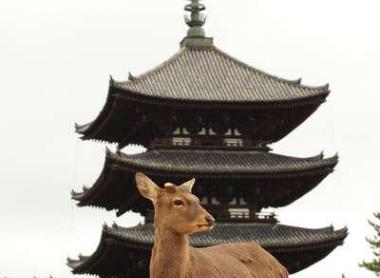 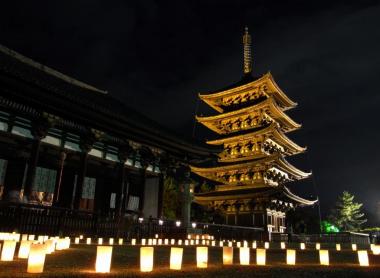 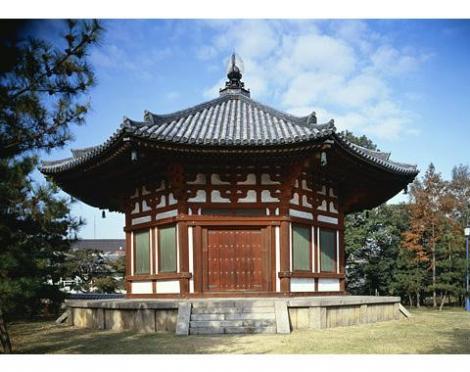 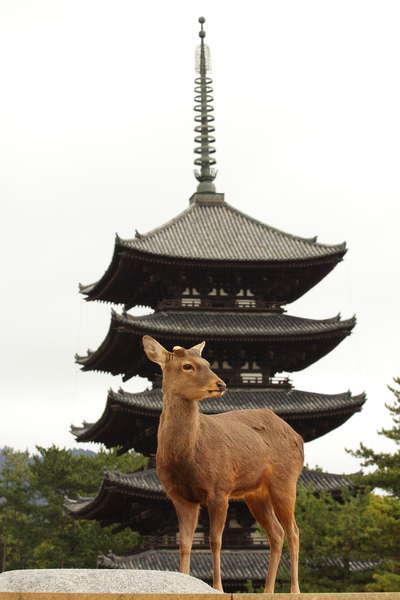 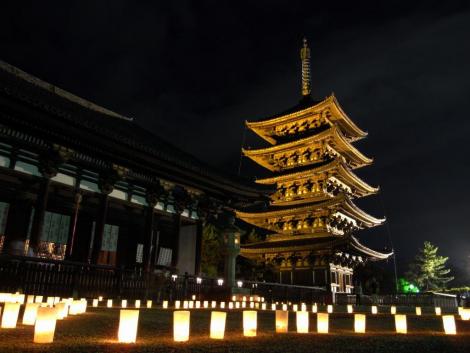 The tutelary temple of the powerful Fujiwara family is considered one of the finest museums of sacred Japanese sculpture from the seventh to the thirteenth century. Its name: Kofukuji.

In this vast precinct, one of the most important monasteries in Nara, ritual instruments, statues, paintings and calligraphy, worthy representatives of the treasures of Buddhist art, are religiously preserved in the temple itself or in its museum. The slender silhouette of the famous five-story pagoda housing holy relics watches over these wonders.

Despite the tribulations of history, the constant war wounds, repeated fires and natural disasters, Kofukuji, founded in 669 in Uji and transferred in 710 to Nara, by its past and by the works that it holds, symbolizes a place of power, longtime guarded by warrior monks (sôhei) seperate from the fundamental principles of the teaching of Shakyamuni, the historical Buddha. It refutes the act of killing. They, far from meditation and study, armed, fight without compassion.

Kofukuji Temple became a state temple while remaining the sanctuary of the Fujiwara family. There are legions of buildings. The popular Hossô Buddhist School, one of the "Six Nara sects" had its headquarters here. In this place of worship and a center of study, teachings insisted on the point that there is no reality outside of thought as the senses only produce illusions. Advocated doctrine: the "nothing but consciousness."

The Four Heavenly Kings with martial postures and angry faces protected the Buddha's Law (dharma), and also Kofukuji, which represented the political power of the Fujiwara family. The statues, with striking realism, embody a profound energy, beyond the world of appearances. The expressive faces go beyond portrayal.