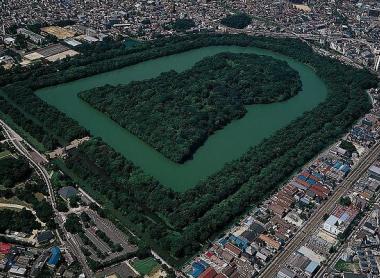 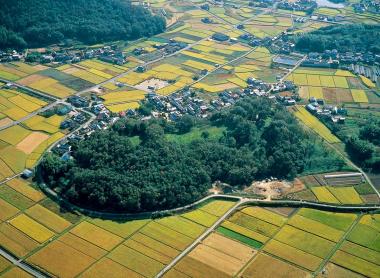 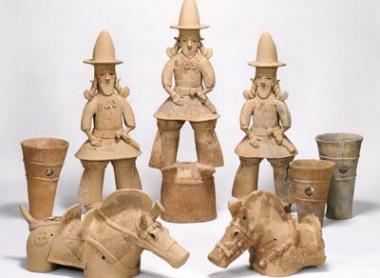 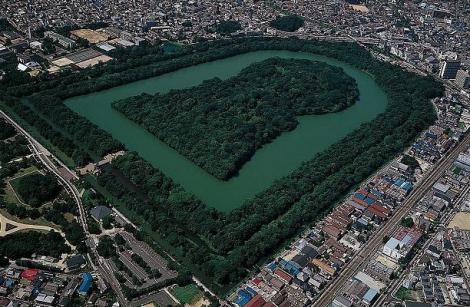 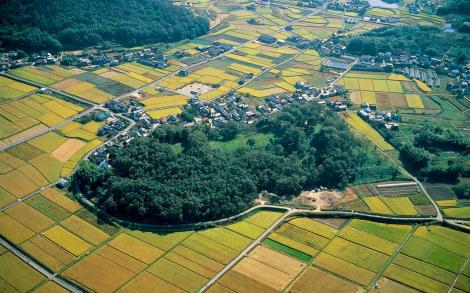 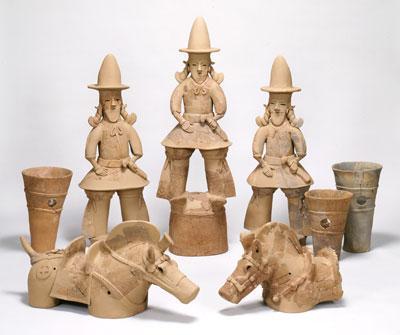 What are these kofun, former imperial tombs, that dot the landscape between Osaka and Nara? Let's take a step back in time ...

The kofun are funerary burial mounds, artificial hills created by man. They get their name from their shape, which resembles a keyhole.

These mounds are all that remain of the graves of the first chiefs and emperors of Japan, a testimony to the ancient period of Japan.

And what antiquity! The largest, the tomb of Emperor Nintoku, is twice as large as the pyramid of Giza - but only a quarter of its height. It took decades and thousands of workers to build it.

The kofun appeared in the third century AD and lasted until the sixth century. They range from Kyushu to the Tokyo area. They are several thousand in all sizes, but the giant kofun are located near the ancient Yamato Province, between Osaka and Nara, and are attributed to the ancestors of the present Emperor.

Today, kofun are protected and can be found during walks in Nara and Sakai. You can only admire them from the outside, as in most cases they have remained sealed and intact, protected by law against archaeological excavations. Covered with trees and lush vegetation, they give a picture of what Japan could have looked like centuries ago. Their interiors remain an archaeological mystery.

Some tombs have been excavated and their contents are now displayed in the Tokyo National Museum or the Nara Museum. You can admire the famous haniwa, statuettes of terracotta tombs guards. Guests can also visit the site of the great kofun in Sakai to admire from the outside, but without passing through their giant moats: these places are sacred to the Japanese.