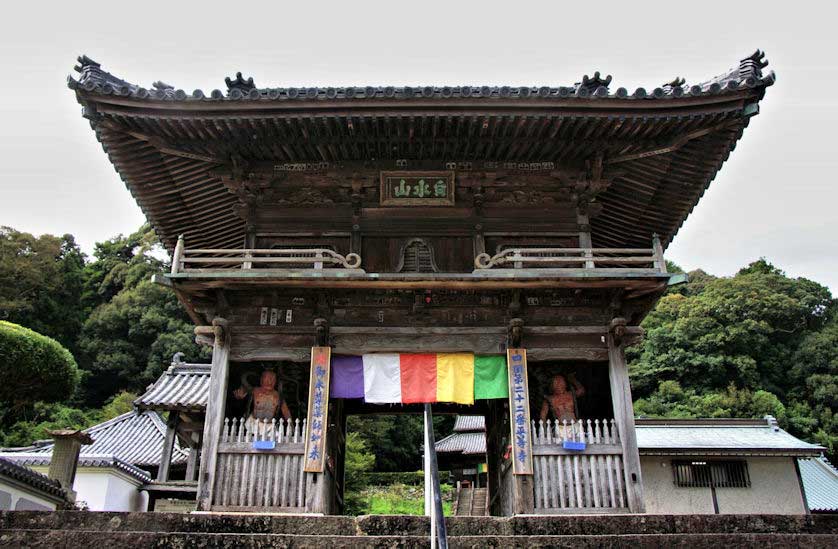 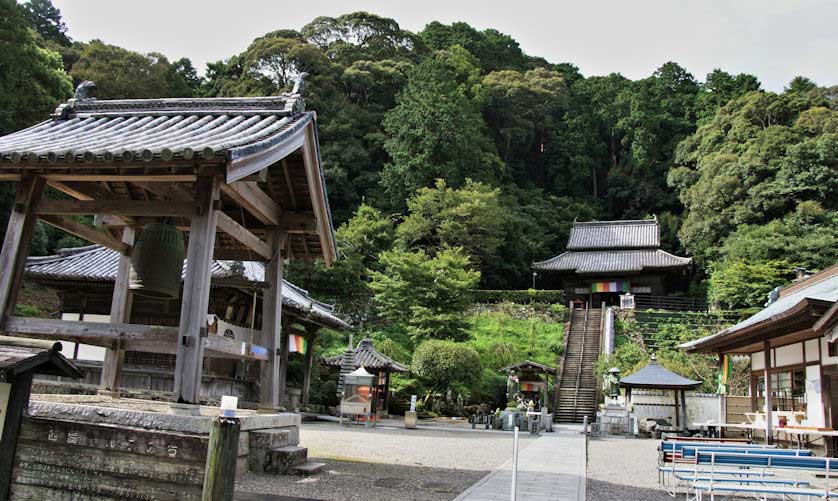 After a couple of temples high in the mountains, the Shikoku Pilgrimage route heads towards the coast for temple 22, Byodoji.

The temple is about 13 km from the previous temple Tairyuji, 21 km to the next temple, Yakuoji, and about 133 km from the start of the pilgrimage itself. 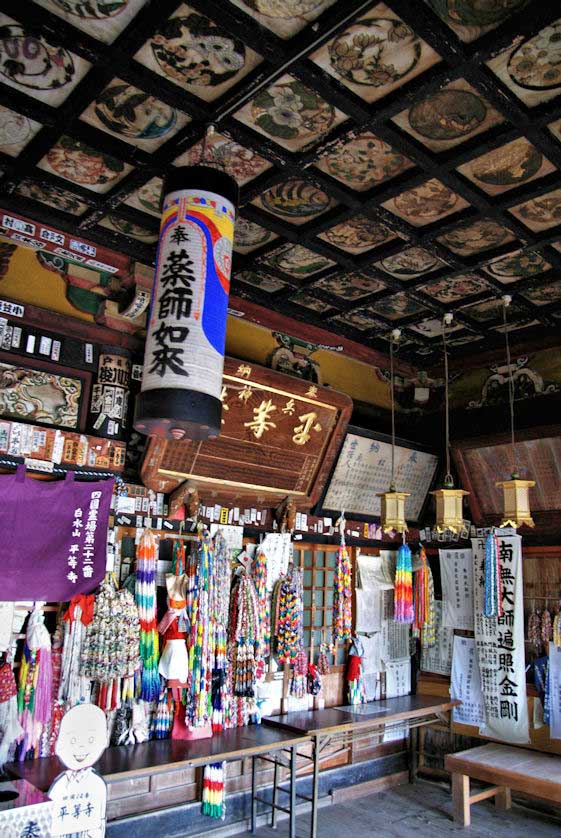 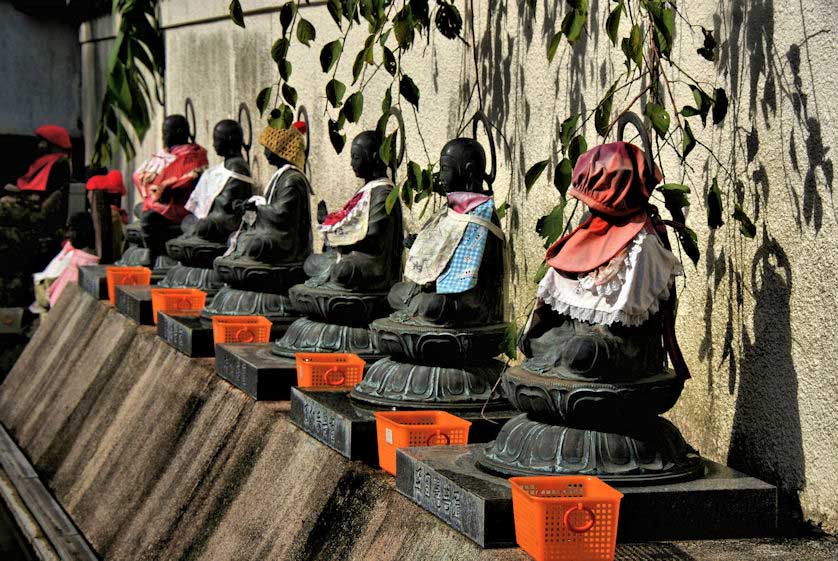 Some statues at Byodoji Temple

According to legend the temple was founded by Kobo Daishi and he carved the main statue of Yakushi Nyorai, the Medicine Buddha.

The temple's name means "Temple of Equality" because Yakushi heals all people irrespective of age, gender or status. The statue was a "hidden Buddha", and thus rarely shown to the public, but recently, following renovations to the main hall, the statue is permanently on display.

Byodoji is not a very large temple, but it has a nice main gate housing a pair of Nio guardians. What the temple is most well known for is its healing waters from a well once again created by Kobo Daishi.

Milky in appearance the water is on sale in small bottles and is believed to be particularly effective for leg ailments and eye conditions but also for general good fortune.

Though the official guide book for the pilgrimage doesn't say so, the temple now offers accommodation. There are also several other ryokan and minshuku nearby. The temple is supportive of walking pilgrims and allows tents to be set up in the grounds, with permission, of course. The temple also offers free wifi throughout the grounds.

Access to the temple is just over 2 km (a 30 minute walk) or short taxi ride from Aratano Station on the JR Mugi Line.

Aratano Station is 16 stops from Tokushima Station in Tokushima. on the JR Mugi Line. Journey time is 40 minutes by Limited Express or one hour by local train. The fare is 760 yen presently.