Located on the scenic seashore near Tottori city, Hakuto Shrine is not very big, but is a very popular shrine with an emphasis on romance. 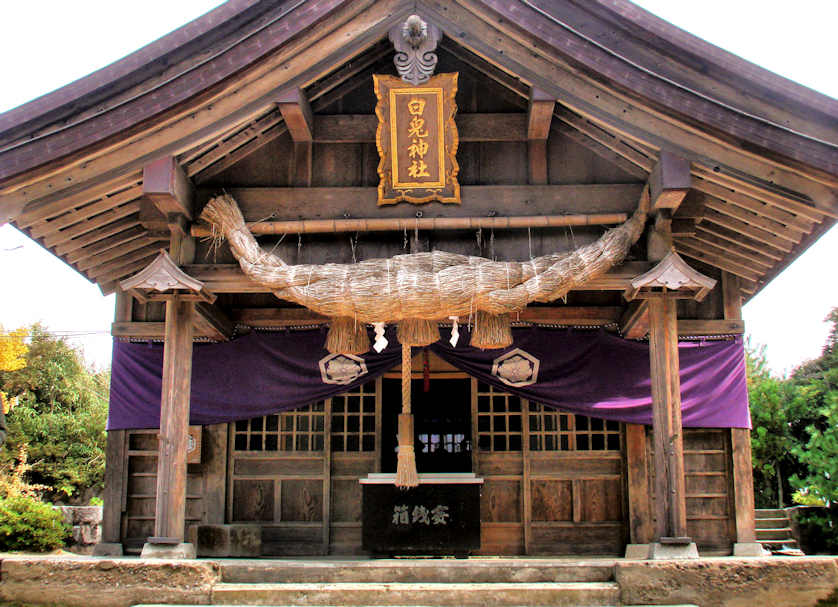 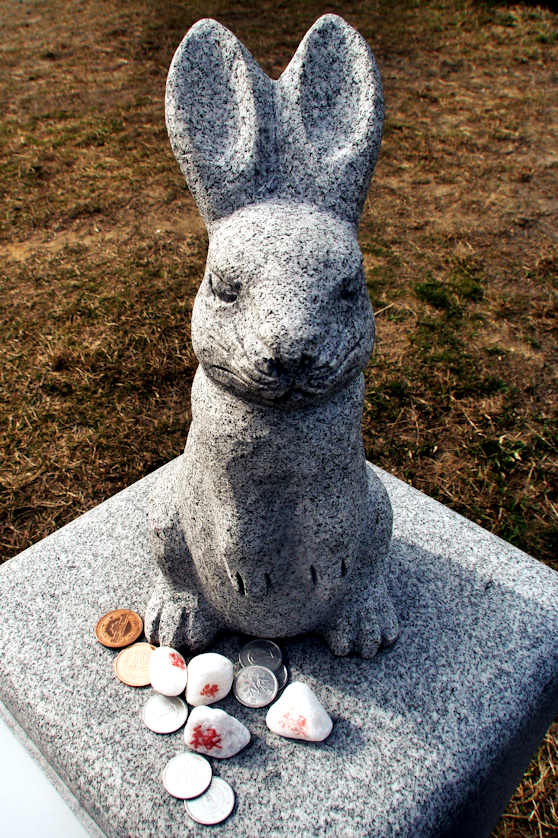 The Rabbit & the Wani

Enshrined here is the spirit of a rabbit, the White Rabbit of Inaba, the subject of a famous myth. All around the shrine and at other spots in the Tottori area you will see small statues of a rabbit, as Inaba was the name of the province that became Tottori Prefecture.

The rabbit was on one of the Oki Islands which lie about fifty kilometers offshore, and he wished to travel to the mainland and so devised a plan. He bragged to the Wani that the rabbit clan was bigger than the wani clan. The Wani is often translated as shark, but in the original story the Chinese character wani (鰐) means crocodile. In southern China and Indonesia virtually the same myth exists and in those areas there were crocodiles. Others have suggested that wani refers to some type of sea monster or sea dragon. I will just use Wani and let you imagine what it may have been.

Anyway, to prove that his clan was bigger the rabbit suggested that if all the Wani lined up across the sea he would step on each one and thereby arrive at an accurate count of the wani to prove his claim. The Wani agreed and the rabbit set off counting each Wani as he made his way towards the mainland. Foolishly, just before he reached the beach he couldn't resist shouting out "Hah! Fooled you..." and the enraged last Wani reached up and grabbed the rabbit in his jaws. The rabbit escaped, but ended up having his skin stripped away by the teeth of the Wani, and ended up on the beach writhing in pain. 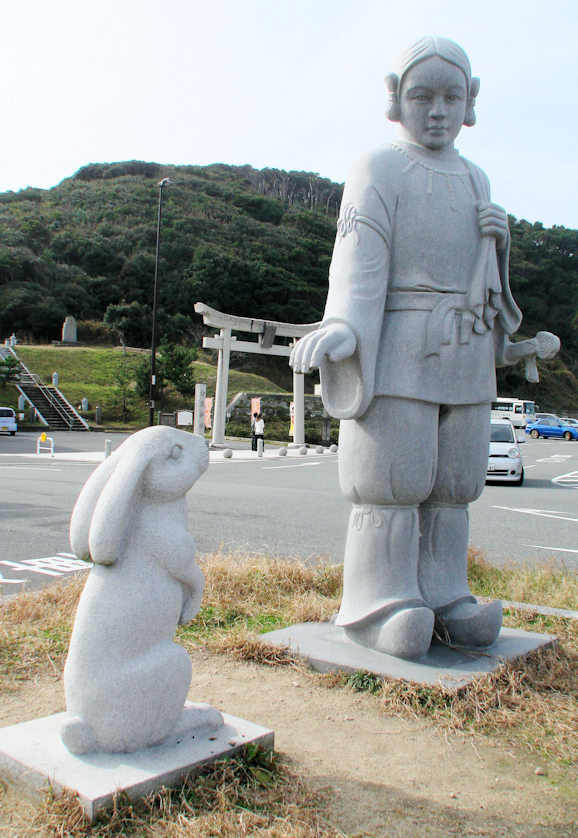 The young Okuninushi with the White Rabbit of Inaba 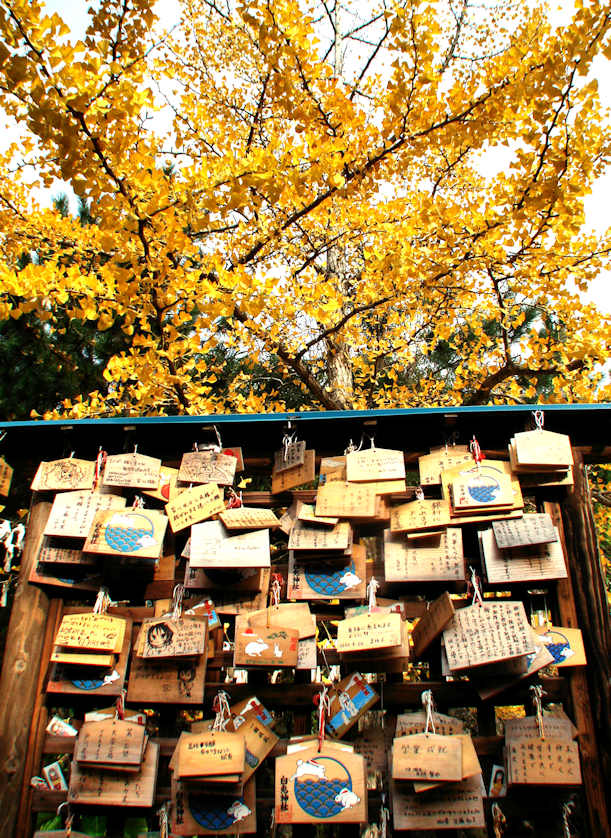 Votive plaques (ema) hanging at Hakuto Shrine, many of them will be wishes to find a partner

The story now connects with another myth, that of the Yasogami, who were 80 brothers, the youngest being the one who would later be known as Okuninushi, the deity enshrined now in Izumo Taisha.

The brothers were on a journey to visit the beautiful Princess Yagami who was to choose one of the brothers to wed. The brothers were by and large quite a cruel bunch, and when they came upon the rabbit they sadistically suggested that to be healed the rabbit should soak itself in the sea and then stand in the wind. This of course just caused more suffering for the poor rabbit. Coming up in the rear, carrying the luggage of his brothers, was Okuninushi. He told the rabbit to soak in fresh water and then wrap itself in sedge grass. Doing this the rabbit was healed and in gratitude told Okuninushi that the princess would choose him, which of course, she did.

Claimed to be the first love story in Japan's ancient myths, this is why Hakuto Shrine has gained a reputation for matchmaking. Next to the shrine is the small pond where the rabbit soaked.

In front of the shrine is the Hakuto seashore, a popular beach for swimmers and surfers, with white sand and views towards the famous Tottori sand dunes. It is also known as a great sunset viewing spot. A large road station is also here with shops and restaurants. 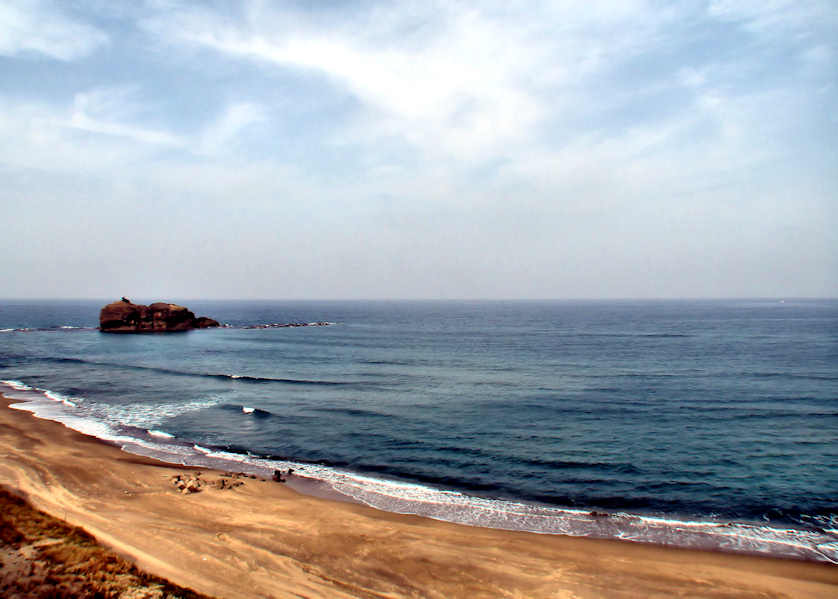 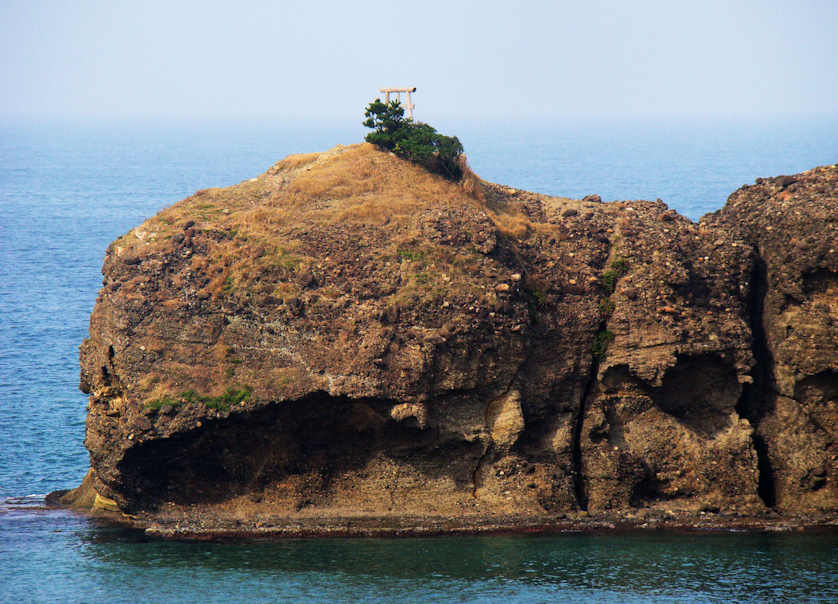 Hakuto Shrine is 40 minutes by bus from Tottori Station, get off at Hakuto Jinja bus stop.