Yokohama Port Museum & Nippon Maru Sailing Ship: a sailing ship that can be boarded and walked around, with a museum beside it that introduces Yokohama Port from its beginnings to the present day. 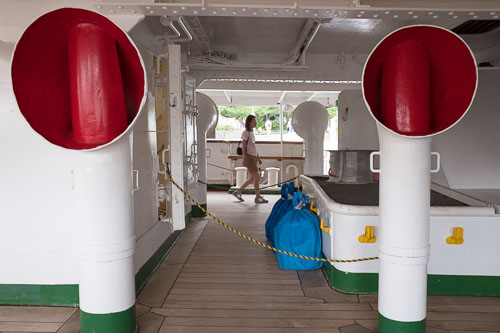 Yokohama has been Japan's biggest port since the port's beginnings in the mid-19th century. The city's maritime history is chronicled by the Yokohama Port Museum, a twin-attraction historical maritime resource on the Yokohama waterfront consisting of a real-life sailing ship and the actual museum that the ship is moored in front of.

The Nippon Maru sailing ship - the most visible part of the Museum - is where a visit to the Museum begins. 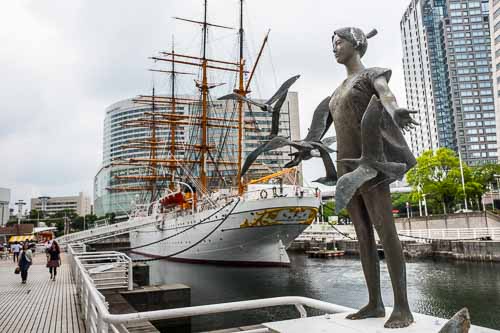 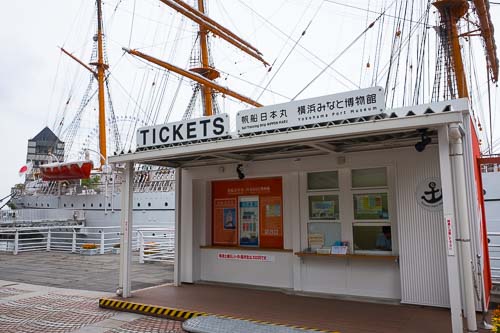 The Nippon Maru dates from 1930 when it was built as a training ship for Japanese naval cadets. Over its 54-year active lifespan, it sailed the equivalent of over 45 times around the globe, and over ten thousand cadets were trained on it. The Nippon Maru was retired in 1984 and donated to the City of Yokohama.

The next year, 1985, the then dockyard was converted into what is now the Minato Mirai 21 district, with the Nippon Maru the centerpiece of "Nippon Maru Memorial Park." 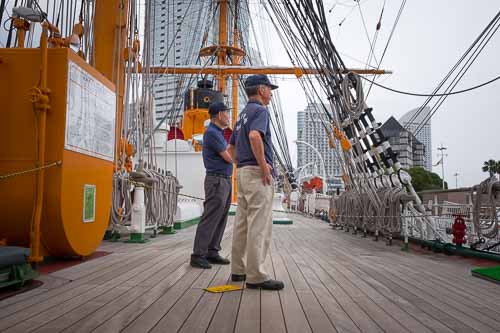 The 97m-meter long four-masted barque, the Nippon Maru, can be boarded after buying a Museum ticket at the booth in front of it.

From the Second Deck in the bowels of the vessel to the Long Poop Deck at the top, the Nippon Maru is a spotlessly maintained memento of the seaman's life of yore, at the mercy of the foaming waves and wind, and reliant on unfailing camaraderie. 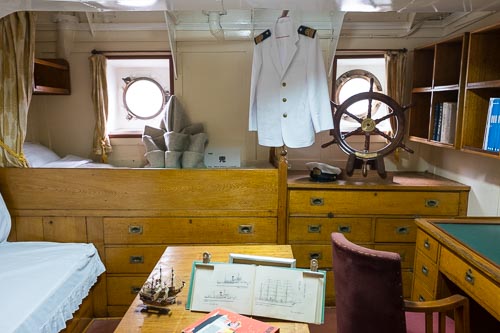 Those with an interest in life at sea could easily spend an hour here, exploring the various sections and cabins, and taking in the equipment and accoutrements of an analog age. Those with a more cursory interest can still spend a good 20 or so minutes enjoying the gleaming brass, the soaring masts and rigging, and other photogenic symbols of life at sea. One charming theme throughout is the folded blankets in various cabins, artfully arranged in a multitude of origami-inspired shapes.

There are a few volunteers on board to provide guidance. 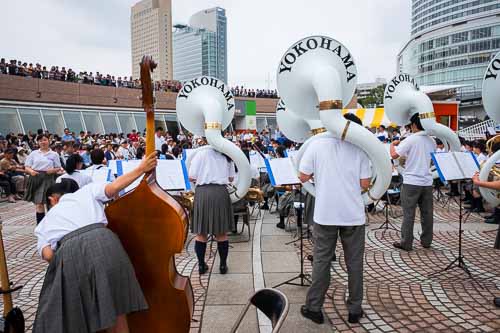 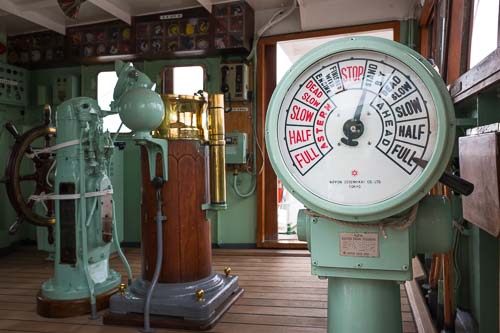 Exiting the other side of the Nippon Maru brings you to the spacious, semi-circular Yokohama Port Museum itself. A huge aerial photographic floor map at the entrance - in the Free Zone before entering the museum proper - gives a sense of the scale of the port of Yokohama and puts the Minato Mirai 21 area into perspective. Inside is the Permanent Exhibit made up of the Port of Yokohama History Zone and the Port of Yokohama Rediscovery Zone.

The History Zone traces the development of Yokohama into Japan's biggest port and window on the outside world. Beginning with the port's construction in 1859 as a result of American pressure on Japan to open up, the exhibit takes you right up to the present-day container facility that it has now become, as well as the destruction of the port in the 1923 earthquake and the port's temporary requisitioning by the United States after World War II. The numerous exhibits include photographs, models and realia, and with English captions.

The Rediscovery Zone is more hands-on, with a ship deck simulator where you can practice bringing a virtual ship into harbor, a working "harbor transportation" display, and a scale model of the current container terminal.

Genial elderly volunteers, mostly with a naval background and a smattering of English, are on hand here too to guide or just chat. On weekends there are paper-folding classes where you can make an origami ship or put together - and take home - a cut-out model of the Nippon Maru.

The arena between the Nippon Maru sailing ship and the Museum is often the venue for youthful brass band concerts.

Nippon Maru Memorial Park is the name given to the whole Museum area. Most of it consists of the area between the Museum and the sea, and as far as the four tower buildings just to the west. Some impressive outdoor exhibits can be viewed on a short stroll around the Park, such as the big, fierce-looking air compressor used in the early 20th century, a dry dock dating from 1898. and a screw propeller from the Nippon Maru (yes, it has an engine for what were its becalmed days).

The Nippon Maru sailing ship and Yokohama Port Museum are open between 10 am and 5 pm, every day except Monday. However, it is open on Mondays that fall on a national holiday, in which case it is closed the next day, Tuesday. Also closed at year-end.

Admission to the Nippon Maru sailing ship and Yokohama Port Museum is a flat 600 yen for adults, covering both attractions, or 300 yen for children up to junior high school age, and over-65s. However, on Saturdays young people up to high school age are admitted free of charge. 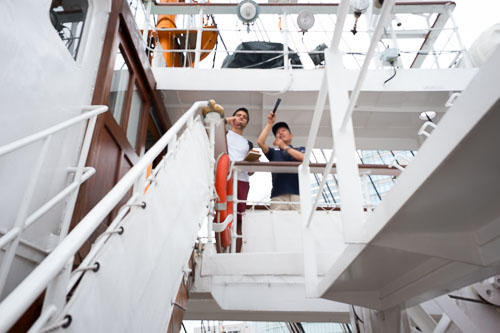 When it left the shipyards of the Yokohama Dock Company in 1929, nothing foreshadowed the extraordinary destiny of the Hikawa Maru .

The Shin-Yokohama Ramen Museum is a food-themed amusement park with a variety of noodle stores offering regional ramen from across Japan is a retro 1950s setting.