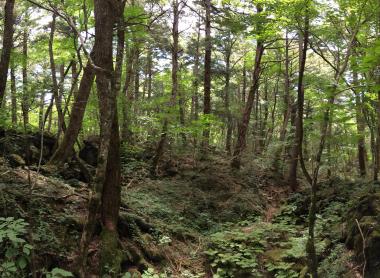 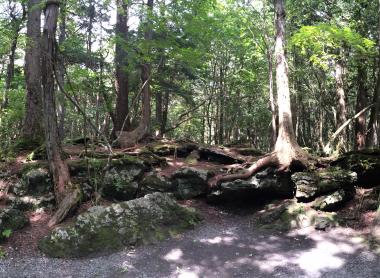 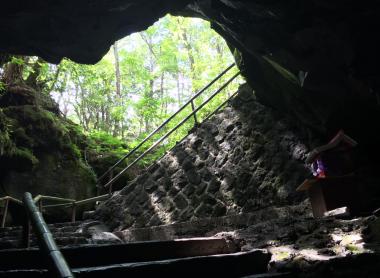 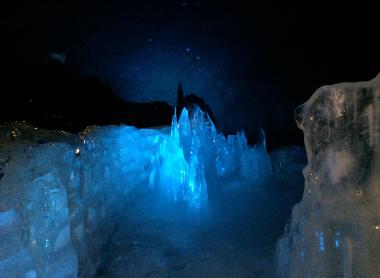 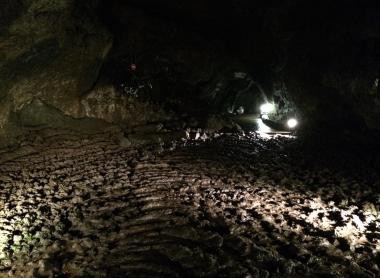 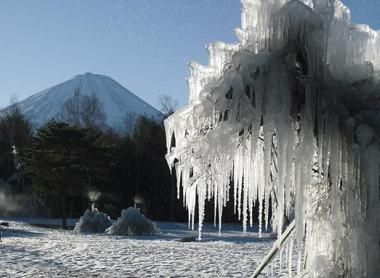 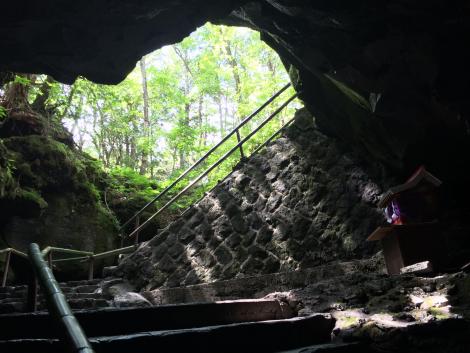 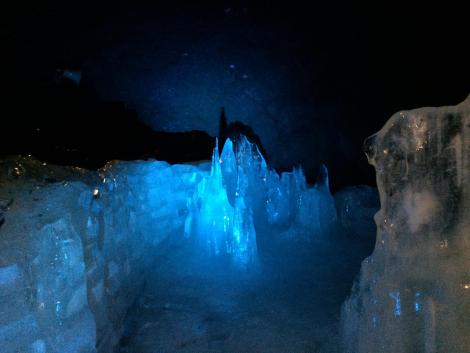 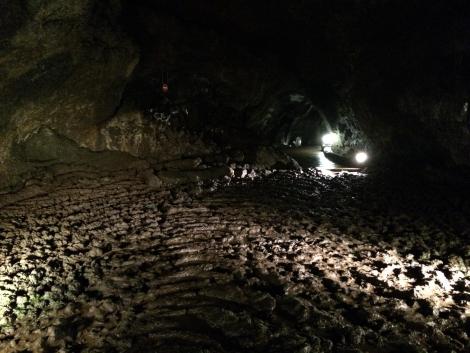 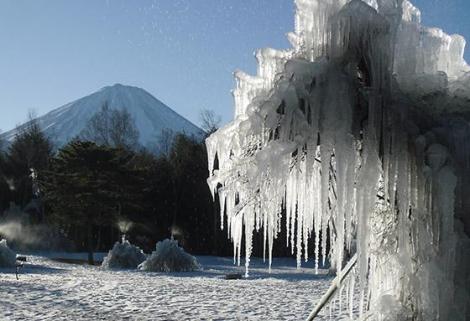 Aokigahara: Beyond the Legend of the Cursed Forest

Aokigahara, aka, the Sea of Trees, is a forest on the northwestern foot of Mount Fuji. Locally, it is also known as Jukai or "Sea of Trees" because of its high density of trees but is also known for its tragic reputation...

The Forest has a reputation for being cursed as is it is referred to as the most known site for suicide in Japan. Mysterious and unique, it nevertheless contains several natural sites not to be missed as one visits the region of the five lakes around Mount Fuji.

Aokigahara forest, its flora and fauna

Located at the foot of Mount Fuji , the Aokigahara Forest covers 35 km 2 . Nicknamed jukai , "the sea of trees", it is just over 1000 years old. This forest is located on an ancient lava flow of Mount Fuji , which took place in 864, and its soil is very rocky and mostly covered with moss.

Many species coexist in the forest , including foxes, deer, bats and Japanese squirrels, as well as a very wide variety of birds. Among the trees, conifers dominate, especially Japanese hemlock, a pine endemic to the archipelago.

Aokigahara, walk in the most famous Japanese forest

Located on the north shore of Lake Saiko , Aokigahara Forest is crossed by several trails. They present no particular difficulty except that they sink deep into the ocean of trees that is Aokigahara. But don't panic: at each intersection, clear maps and signs help you orient yourself. It is advisable not to stray from the marked paths , the forest being vast and the telephone network non-existent.

These trails are an excellent way to realize the density and the very special character of the forest : countless trees that wind around the volcanic rock, branches intertwined from foot to foot, roots crawling under the moss, thick foliage leaving barely pass the rays of the sun ... hard to describe the feeling that the "cursed" forest causes, if you have not seen it with your own eyes.

But walking allows you to observe all this and even shiver in front of such a spectacle, without taking the risk of getting lost. However, the number of people rushing into it in an attempt to end their own life is very high, which adds to the morbid legend. It is even believed to be home to demons.

The reputation of Aokigahara's "suicide forest" has been forged over the years, notably through several books and films . It all started in 1959 when Seicho Matsumoto , thriller writer, published a short story where the two heroes were going to get lost in the forest to end their lives. But this reputation is especially accentuated in 1993, when the controversial "Complete Instructions for Suicide" by Wataru Tsurumi appeared , which designated Aokigahara as the perfect place to take his own life. Subsequently, several manga or films, in particular " Our memories " by Gus Van Sant (2015) are also interested in the phenomenon. 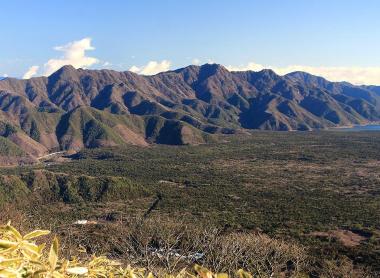 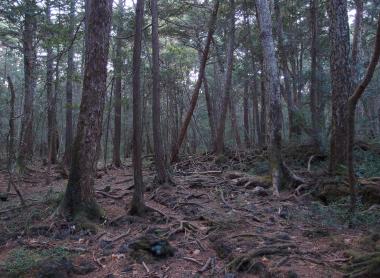 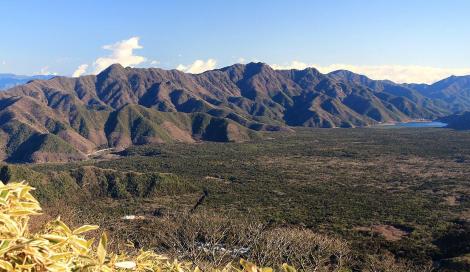 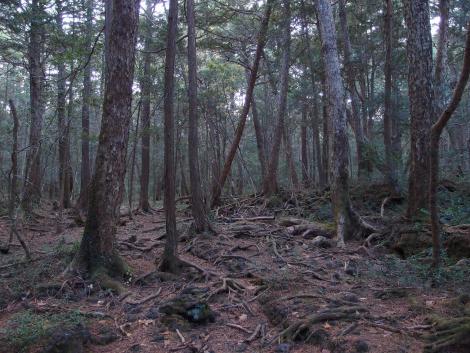 Discovering the caves of the Aokigahara forest

If it is possible to cross the Aokigahara Forest on foot, it can also be taken around it by Retro Bus , the tourist circuit from Fuji- Kawaguchiko station . This option has the advantage of being able to quickly get to the various points of interest in the forest, in particular the caves, which are worth a look.

Located on the slopes of Mount Fuji, the forest grows on a very rugged volcanic soil and dug right through. In fact, three caves are of particular interest and are equipped for the visit: to the south, the Bat Cave (Saiko Bat Cave), a little further to the west, the Ryugudoketu lava cave and the ice cave. Fugaku Fuketsu (Cave of the Wind). As their names indicate, each has its own specialty and different natural phenomena can be observed there.

Fugaku Fuketsu is particularly worth a visit because you can admire blocks of eternal ice, kept intact underground like in a large refrigerator. The low and stable temperature even makes it possible to store seeds of various plants in the cave. Be careful to bring something to cover: the temperature drops quickly when you go underground, even in the middle of summer!

To the north of the Aokigahara forest hides a magnificent corner of nature, to be admired in summer and winter: the Saiko Yachô-no-mori park, a natural park and wild bird reserve. It offers a view of Mount Fuji and is home to dozens of bird species all year round. But it is best known for its winter festival of "ice trees". Indeed, as soon as the temperatures drop, the trees are adorned with a layer of ice which transforms them into natural sculptures. The park celebrates this phenomenon in particular with illuminations.

The rest of the year, enjoy the Gardening Festival in the spring and the Mushroom Festival in the fall. It goes without saying that with Saiko Yachounomori Park, the terrible legends of the Aokigahara Forest will be far behind you!

Finally, very close to Aokigahara Forest is Mount Koyodai and its observation deck , which offers a splendid view of Mount Fuji , as well as the vast expanse of the forest below. It is possible to reach the forest from Koyodai.

The historic path of Tokaido was traveled for centuries by the Japanese.