Dejima, the small, man-made island in Nagasaki where the Dutch traders were confined, is perhaps the most well known symbol of what is called Japan's period of isolation known as  sakoku ("locked country") that was in effect during the Edo Period of Japanese history from the early 17th century until Japan's "opening" in 1858.

What is far less well known and barely mentioned is that there was also a compound in Nagasaki where Chinese merchants and sailors were confined. Called Tojin Yakishi, it was built on the hillside behind what is now Nagasaki Chinatown. 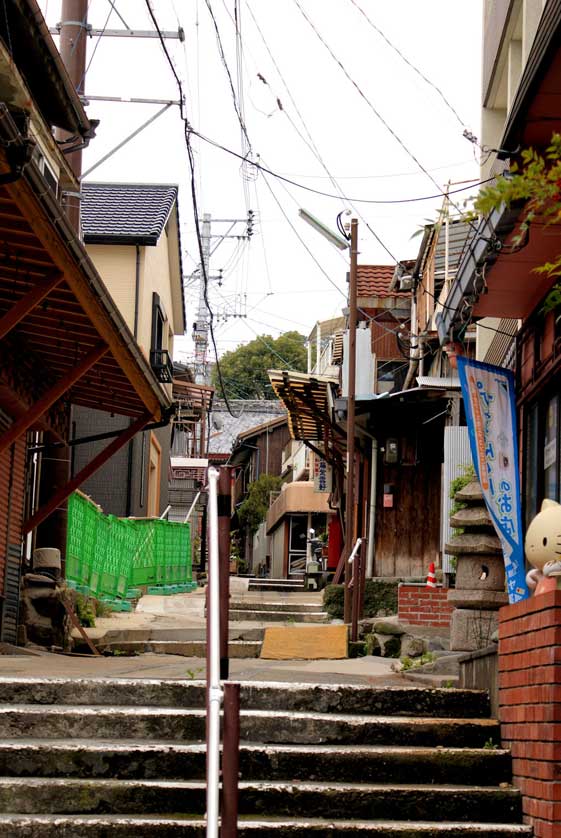 There were similarities between the two compounds for foreigners, Tojin Yashiki and Dejima, but also some big differences.

The most obvious similarity is that they were both heavily guarded areas with gates that could be locked from the outside. Both were inhabited solely by men, families were not allowed, so the only females allowed inside were Japanese prostitutes from the nearby "pleasure district," though one difference was that the women were not allowed to stay overnight in the Tojin Yashiki as they were on Dejima.

Other than the prostitutes no Japanese were allowed to enter either compound other than government officials, though in the case of the Chinese compound these officials were mostly ethnic Chinese who were descendants of Chinese who had lived in Nagasaki for generations.

It was these "naturalized" Chinese who acted as go-betweens between the merchants and sailors and the government and who also mediated disputes within the Chinese compound. Whereas the Dutch were only allowed out of Dejima once a year to visit the festival at Suwa Shrine, the Chinese had more opportunities to visit the Chinese temples such as the nearby Kofukuji and Sofukuji, though in all cases the foreigners were accompanied by guards. There were a couple of differences between the Dutch and Chinese compounds, one being size. Tojin Yakishi was about twice as large as Dejima in land area because the number of inhabitants was much larger. 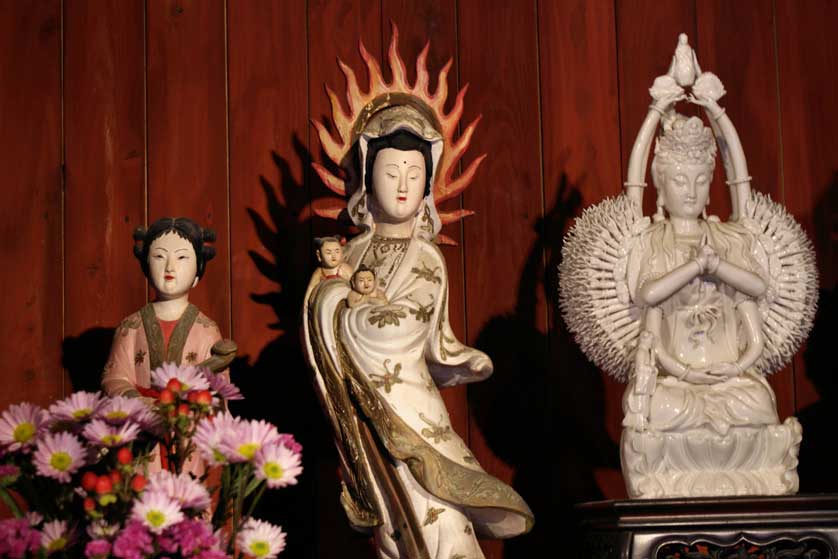 Numbers varied over the years due to increases and decreases in the amount of Chinese ships visiting Nagasaki, though it was usually much higher than the number of Dutch ships. This meant the population of Tojin Yakishi would sometimes be as high as 5,000.

The other big difference between the Chinese compound and the Dutch compound was when they were created. Dejima was built in 1634 to house Portuguese traders, but when all Portuguese were expelled from Japan the Dutch were forced to move from their base in Hirado to Dejima in 1641. At this time the Chinese traders and sailors had free movement and could reside anywhere in Nagasaki.

The Tojin Yashiki was not constructed until 1689 following a drastic increase in the number of Chinese ships calling at Nagasaki, and in response the Tokugawa government severely limited the number of officially sanctioned ships and labeled everything else smuggling.

It was to control this illegal trade that the Chinese were then confined to their compound, whereas for the Dutch, it was to control the influence of Christianity. It also seems that supervision of the Chinese was less strict as by the 1820's Chinese merchants were once again wandering the city, after bribing the local officials.

Combined with illegal trade in Nagasaki by merchants from Satsuma (present-day Kagoshima Prefecture), the Tokugawa authorities clamped down on Nagasaki prompting three days of rioting by the Chinese that ended with many of them being jailed. The Tojin Yashiki came to an end in 1859 when Nagasaki opened up to international trade, and it was from this time that the current Chinatown dates. The area where the Chinese compound once stood is now a rather run down and fairly decrepit residential area, though there are a few interesting remnants of its past which are worth seeking out. 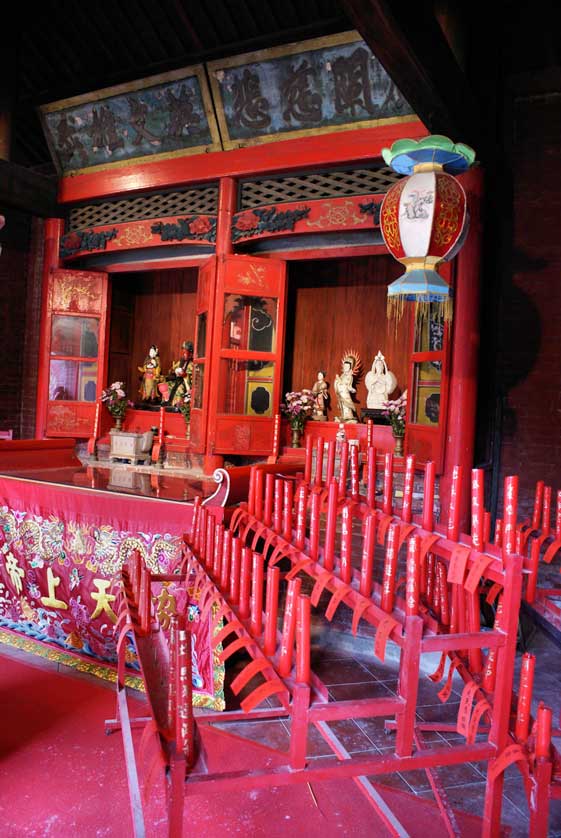 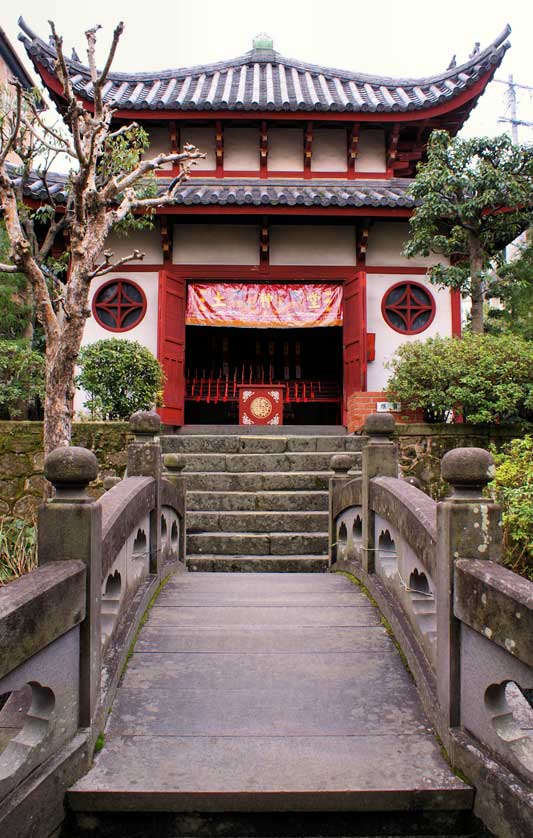 Built in 1691, this was a shrine to the Chinese God of the Earth Fukutoku, known in Japan as Daikoku, one of the seven lucky gods (Shichifukujin). The shrine/temple burned down in 1784 but was rebuilt. In 1950 it was dismantled and only the foundations remained until it was restored in 1977.

Built in 1736, this shrine/temple was also burnt down in 1784 and restored in 1790. The current building dates from 1906. The Goddess enshrined here is Mazu, the popular goddess of sea travel, also known as Heavenly Princess. Worshiped by coastal Chinese all over East Asia she originated in Fujian from where many of the Chinese in Nagasaki came from.

The Japanese pronunciation "Kannon" derives from the Chinese Guanyin, the Buddhist Goddess of Mercy. The temple was built in 1737 and rebuilt following the fire in 1784. The current rebuilding dates from 1917. It is believed the original architecture had some Okinawan influence.

This is perhaps the grandest of the buildings in the quarter though it was not built until 1868. It was built as a meeting place for merchants from Fujian. Later a shrine to Mazu the Goddess of the Sea was built inside.

Entry to all the shrines and temples is free. 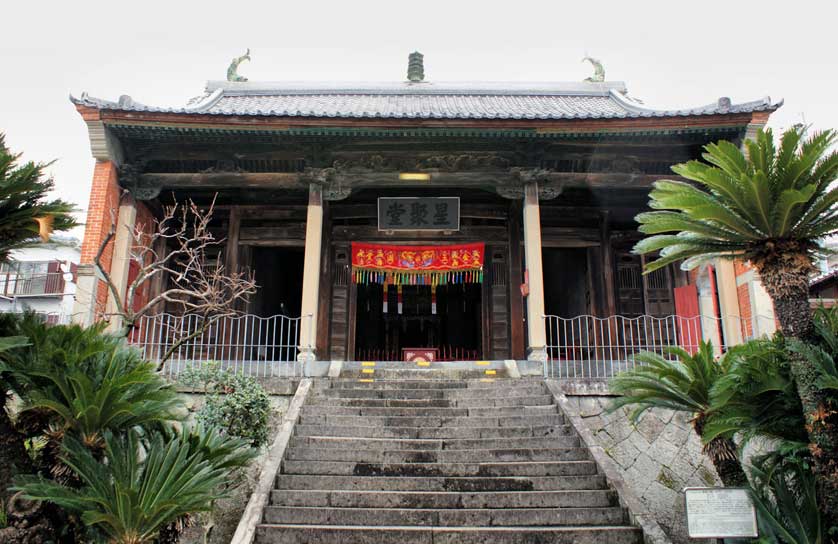 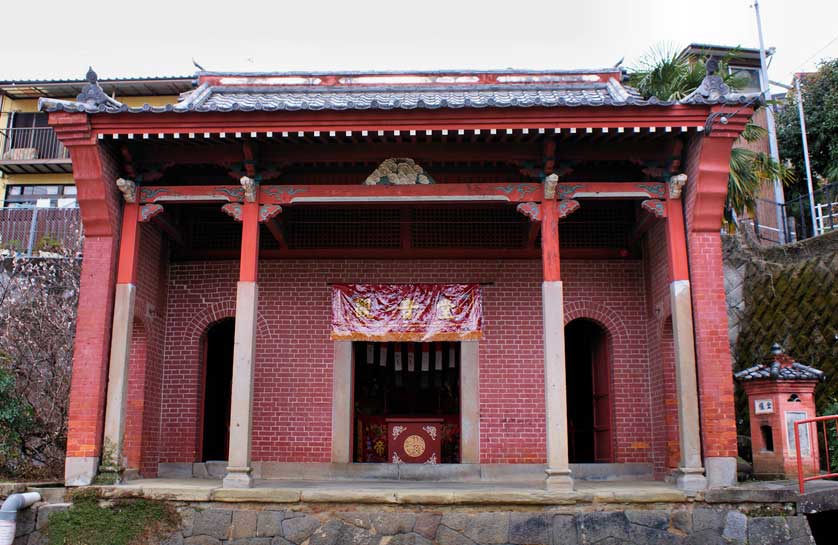 Tojin Yashiki Dori is the street that runs through the middle of the area which lies south east of Chinatown.

Tsukimachi tram stop on lines 1 and 5 of the Nagasaki tram system is the nearest stop to Chinatown and is about 8 minutes from Nagasaki Station.

The 4-star Nagasaki Washington Hotel is right in the heart Nagasaki China Town and the 3-star Dormy Inn Nagasaki is also close by to the area. 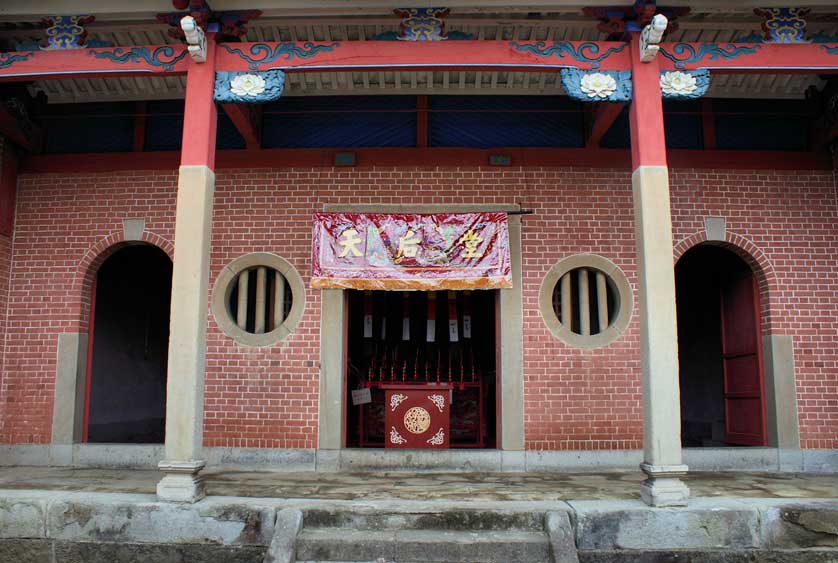 Tojin Yashiki was the compound in Nagasaki where Chinese traders were confined during sakoku period of Japanese history similar to Dejima for the Dutch.