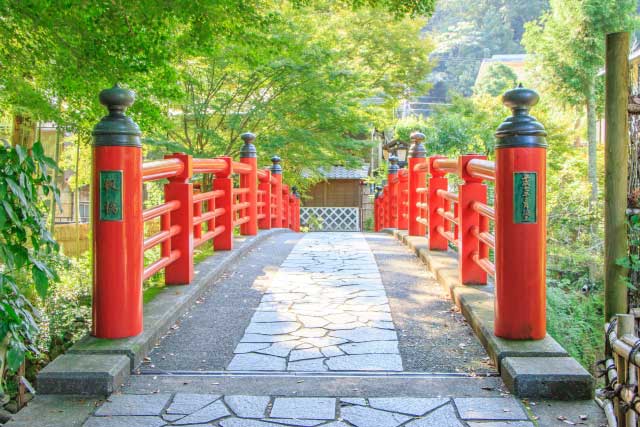 Shuzenji Temple, a Zen Buddhist temple was founded, according to legend, by Kobo Daishi (Kukai) in 807. The present buildings are about 100 years old.

Standing in the center of Shuzenji on a small hill near Tokko-no-yu onsen, the temple is associated with the power struggles and tragic events of the Kamakura Shoganate.

It was in Shuzenji that Yoritomo Minamoto (1147-1199) imprisoned and later murdered his brother Noriyori (or forced him to commit suicide). Later Yoriie, Yoritomo's son, was assassinated on the orders of Tokimasa Hojo, his maternal grandfather, who had usurped the power of the Minamoto regime after Yoritomo's death.

Yoriie's tomb is found in the small, nearby temple of Shigetsuden. Legend has it it was built on the orders of his mother to appease Yoriie's angry spirit. Shigetsuden is the oldest temple building in Shuzenji Onsen and has a fine Buddha statue inside its main hall.

A small museum attached to Shuzenji Temple displays a fearful mask, reputedly Yoriie's death mask, made after he was poisoned in his bath. There is also information about the modern kabuki play inspired by Yoriie's fate - Shuzenji Monogatari - written by Okamoto Kido in 1911. 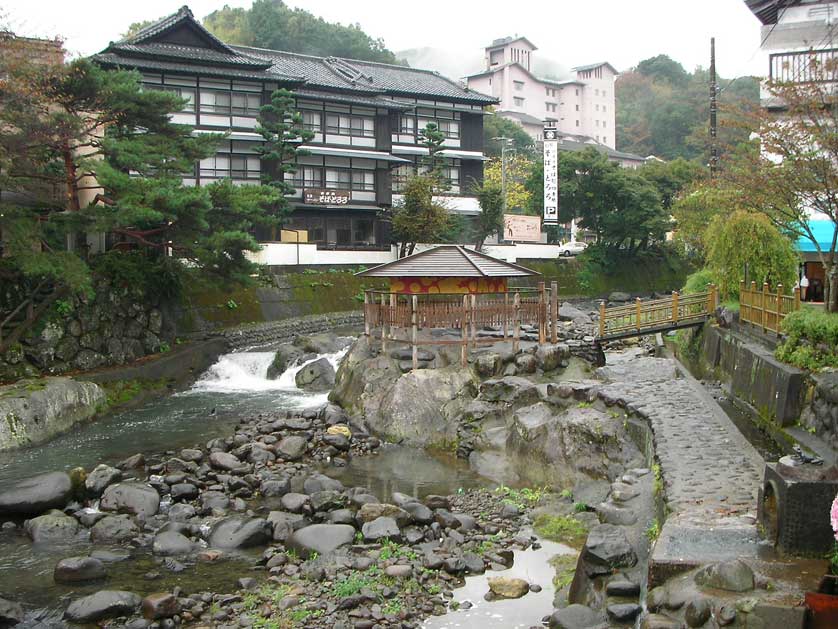 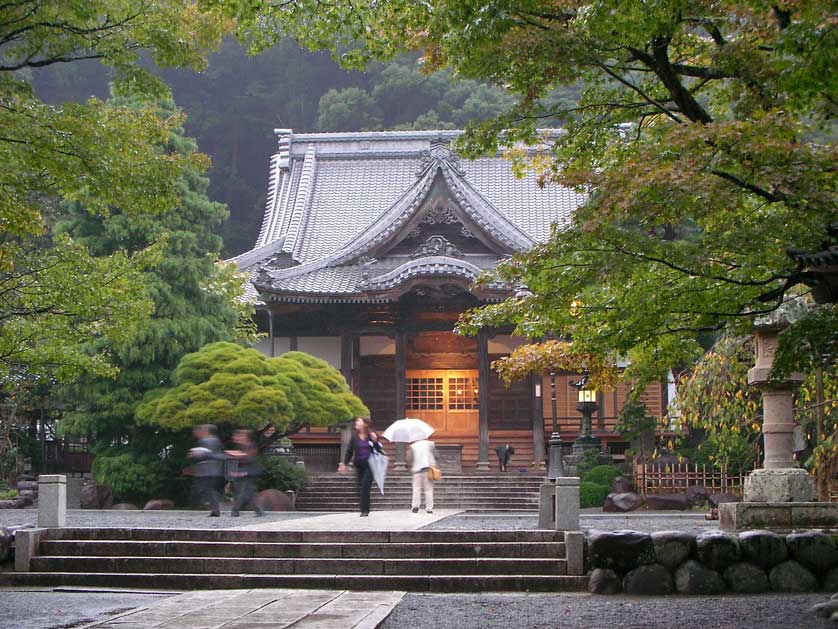 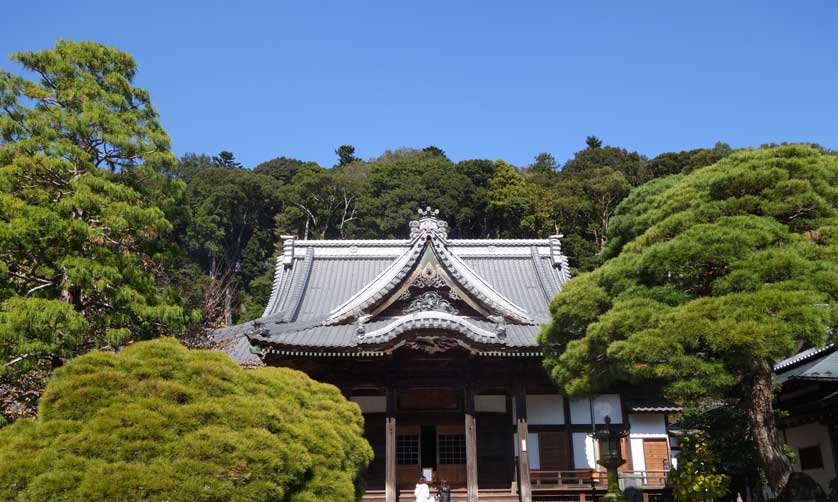 In Shizuoka prefecture lies the last residence of the Edo era shogun Tokugawa Ieyasu, who won the civil wars of Sengoku.