Bannaji Temple is the most famous Buddhist temple in Ashikaga City, Tochigi Prefecture. 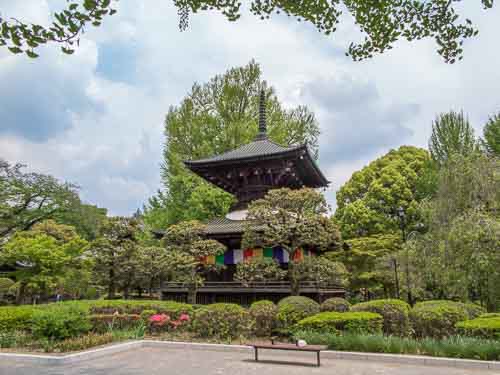 Bannaji Temple is the most famous Buddhist temple in Ashikaga City, Tochigi prefecture, located in the city center. It is distinguished by being surrounded by a moat and wall, and for having a huge six-century old gingko tree. Bannaji is intimately associated with the rise of the Ashikaga clan that ruled Japan during the Muromachi era of Japanese history, in the 12th and 13th centuries. 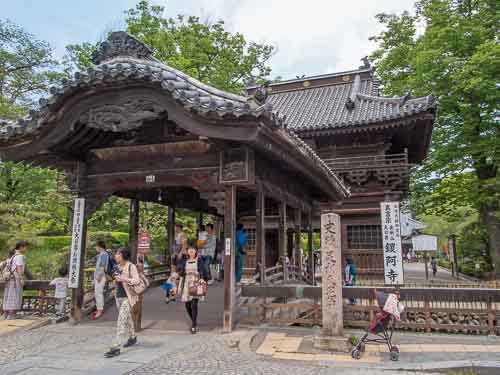 Bannaji Temple is a 4 hectare (10 acre) site that began life as the home of Yoshiyasu Ashikaga (1127-1157 A.D.), the founder of the Ashikaga clan, in the mid-12th century, the Muromachi era of Japanese history. These warrior roots are still evident today in its walled, moated, four-gated layout--a rarity for temples in Japan. A few decades later, in 1196, his son, Yoshikane (posthumous Buddhist name, Banna) seeking divine protection built a temple here dedicated to the Vairocana Buddha, which in 1234 became full-fledged temple housing priests, and the official temple of the Ashikagas. 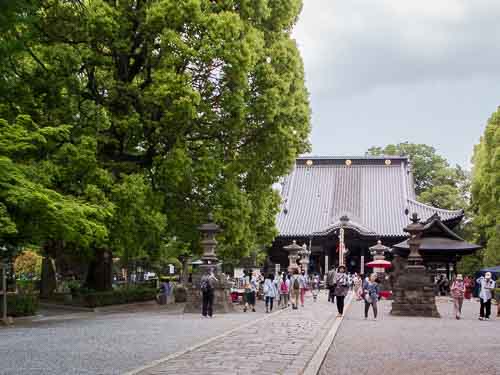 Bannaji was designated a national historical site by the Japanese government in 1922, not, however, as a temple, but as the former home of the Ashikaga clan.

Bannaji is approached over an arched bridge and entered through the southern Yama-mon tower gate, built in 1564. Once inside, the big Hondo main sanctuary is straight ahead, with the over 600 year old gingko tree to the left towering over it. The gingko tree is a much admired feature in any season, but especially fall when covered in bright yellow leaves. 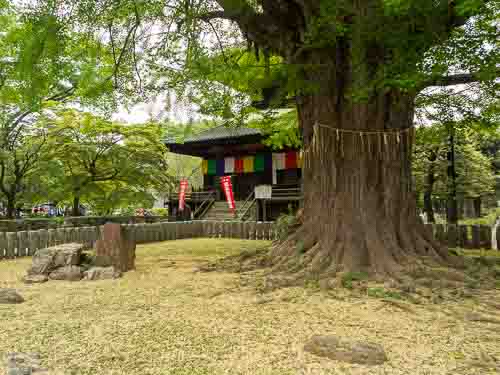 The Hondo (i.e., main sanctuary) was built in 1299, but underwent substantial alterations afterwards. It was designated a national treasure in 2013 as a rare extant example of early esoteric Buddhist temple architecture with a strong Chinese influence, and of Zen temple architecture in the Kanto region.

One detail about the Hondo that makes it stand out from many temples is the imaginativeness of its onigawara ("devil tile") decorative ridge-end tiles that correspond to gargoyles on old churches. 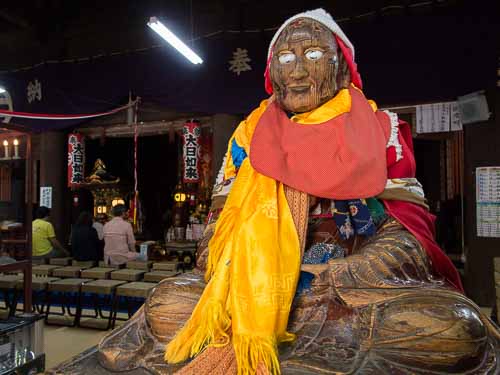 Beside the offering box of the main temple building sits a very old, wooden Binzuru statue dressed in robes. Binzuru is the Japanese for Pindola Bharadvaja, the arhat of occult power that the Buddha requested, along with three others, to stay in the world and preach. This statue is said to date from 1299 when the temple was rebuilt after being struck by lightning. Fearsome though it may look, like all Binzuru statues, it is said to bring healing if rubbed on the spot where the supplicant is ailing--thus its shiny well-worn patina. 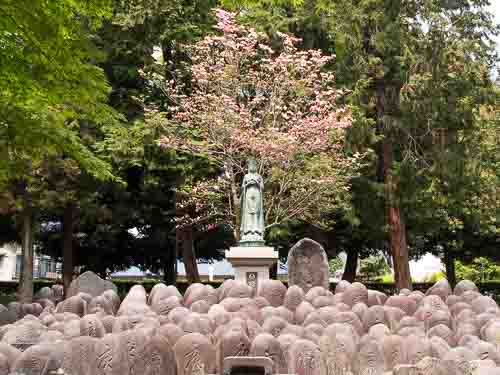 There are over a dozen other buildings throughout Bannaji's grounds.

The Shoro bell tower beside the "Heart-Shaped Pond" just to the right of where you come in is a National Cultural Property. The charming pond has walking bridges over it and carp (that they sell feed for).

The approximately 20 meter high Tahodo ("Many Treasures Tower") right next to the big ginkgo tree was built in 1692 and is impressive for its size and the intricacy of its construction.. The treasures it contains are Buddhist mortuary tablets of Ashikaga ancestors and Tokugawa Shoguns, and Buddha statues. The tahodo is a standard part of Buddhist temple architecture, but this is the only wooden one in Tochigi prefecture, and its exquisite design earned it designation as an important cultural property in 1966.

The Goreiya ("Spirit House") at the back left corner of the compound from the entrance houses the remains of three Ashikaga ancestors.

Right next to Bannaji is the Ashikaga School, Japan's oldest former educational institution. 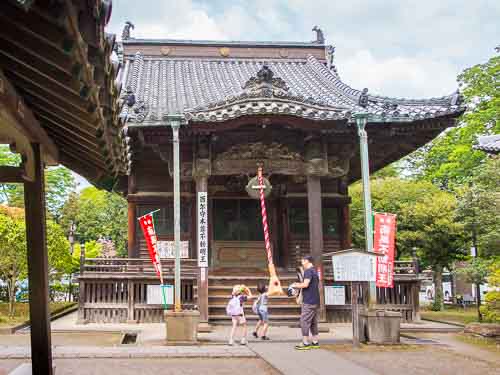 Bannaji is 800 meters (half a mile) from JR Ashikaga Station, and 1 km from Tobu Ashikagashi Station.

From JR Ashikaga Station, take the North Exit and proceed 100 m to the traffic-lighted intersection called JR Ashikaga Stn. Entrance. Turn left and go along the main road. You will get to the major "Tohri 1-chome" intersection after 350 m. Keep going, and on the first corner on your right is the Ashikaga Information & Communication Space. The next street along on the right goes directly to the Yama-mon gate of Bannaji Temple (240 m from the main road). However, you are advised to drop into the Ashikaga Information & Communication Space first.

From Tobu Ashikagashi Station, take the North Exit and follow the road around to the front of the building in front of the station. You will see the bridge across the Watarase River. Cross the bridge and keep going straight. About 450 m on after crossing the bridge you will get to a corner of the Bannaji site. Turn right here and the Yama-mon main gate is a little further on on your left.
Alternatively, to make the recommended stop in at the Ashikaga Information & Communication Space first, after crossing the bridge, turn right at Tori 2 intersection (traffic lighted) and walk the 200 m or so to the Space, on the left hand side of the road.