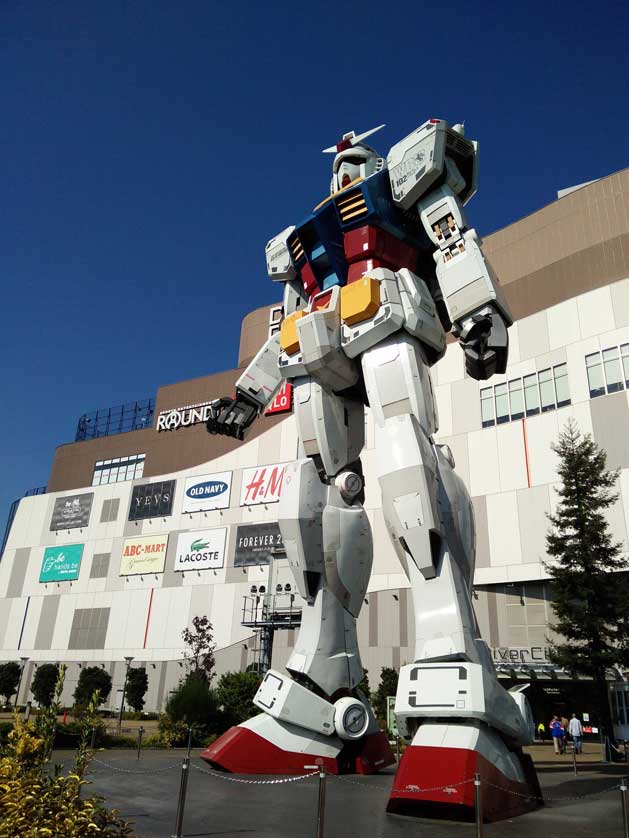 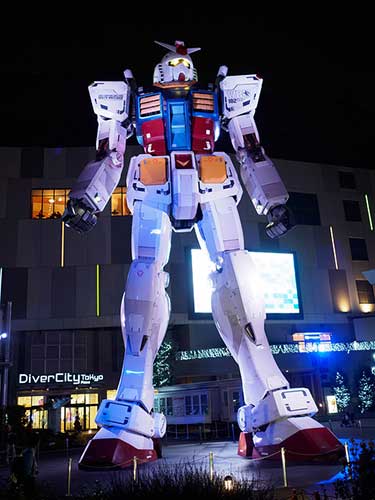 The Gundam Statue in the Odaiba area of Tokyo, is a 59 foot (18 meter) tall 1:1 scale model of a Gundam in Shiokaze Park outside the DiverCity Tokyo Plaza mall.

Built in 2009 as part of the Green Tokyo Gundam Project, the figure statue is rendered in perfect detail, with familiar markings on the shoulders and torso, and stands with its metallic gray fists clenched as it towers above its surroundings.

The statue comes equipped with a number of points which emit light while the head moves and also opens, as the model spews mist from its chest, in time to background music, when the Gundam is illuminated by lights at night between 5pm and 11pm. 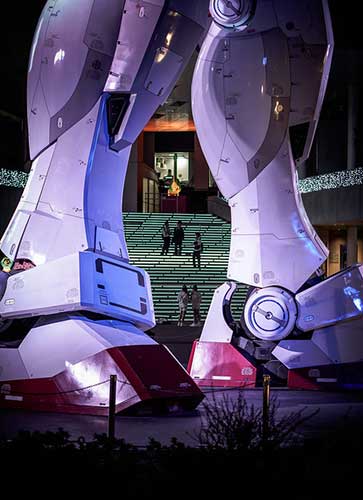 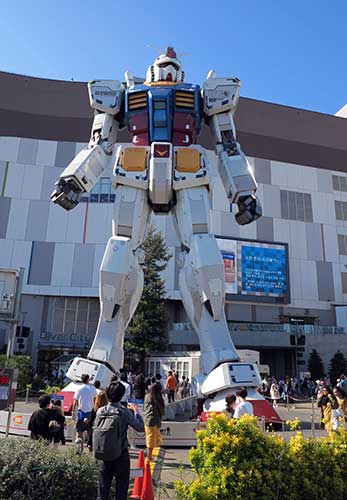 The Gundam Statue is an RG 1/1 RX-78-2 Ver. GFT mobile suit controlled by the Amuro Ray character from the popular Gundam anime and manga series.

Gundam Front Tokyo is on the 7th floor of DiverCity Tokyo Plaza. Gundam Front Tokyo offers various fun activities for Gundam fans including CG of mobile suits, scenes from past Gundam series, photo opportunities with your favorite Gundam character and a Gundam archive to look up terminology. There is also a display of over 1,000 Gunpla kits - the largest such exhibition in Japan.

Various workshops also offer participants the chance to assemble Gunpla kits (extra charge) and there is also a Gunpla souvenir store on site.

There is free Wifi on every floor with coin lockers for luggage on the 2nd, 5th and 6th floors of the mall. Major credit cards are accepted throughout the complex. Japan Post Bank, Mizuho Bank and Sumitomo Mitsui Bank ATMs are located on the 2nd floor for easy bank withdrawals. The China UnionPay Card can be used at the Seven Bank convenience store ATM in the 7-Eleven konbini on the ground floor. There is a branch of the Travelex currency exchange on the 1st floor.

Odaibakaihinkoen Station on the Yurikamome Line or Tokyo Teleport Station on the Rinkai Line. The 4-star Grand Pacific Le Daiba is the nearest hotel to DiverCity Tokyo Plaza mall. 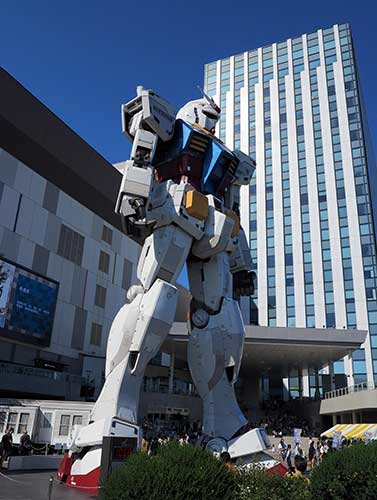 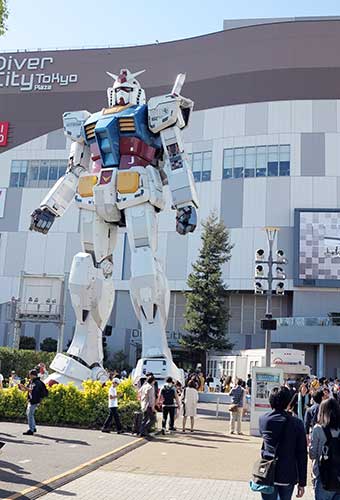 The Gundam Statue in the Odaiba area of Tokyo, is a 59 foot (18 meter) tall 1:1 scale model of a Gundam in Shiokaze Park outside the DiverCity Tokyo Plaza mall.