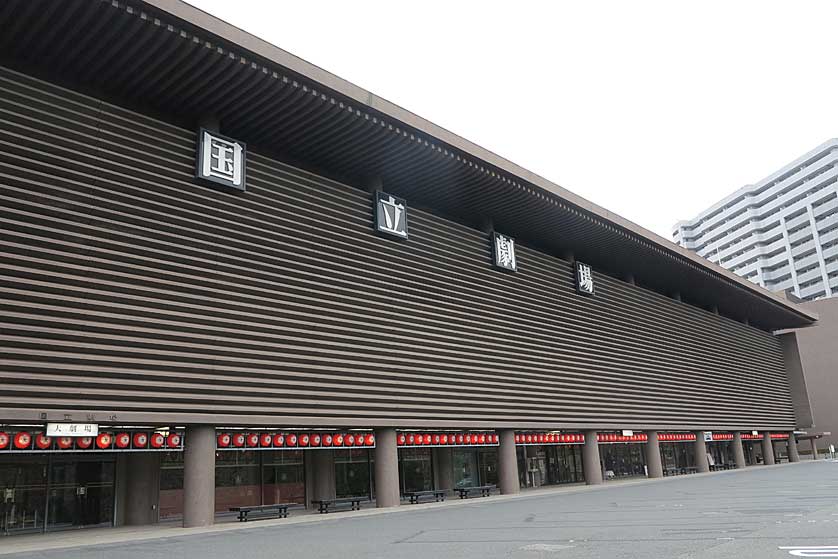 The theatre opened in 1966 following the passing of the National Theatre Act in the nearby National Diet Building. 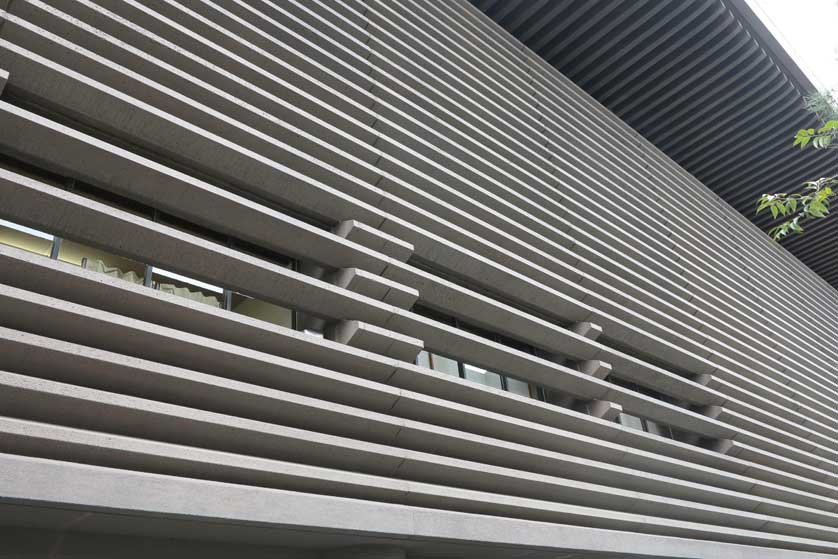 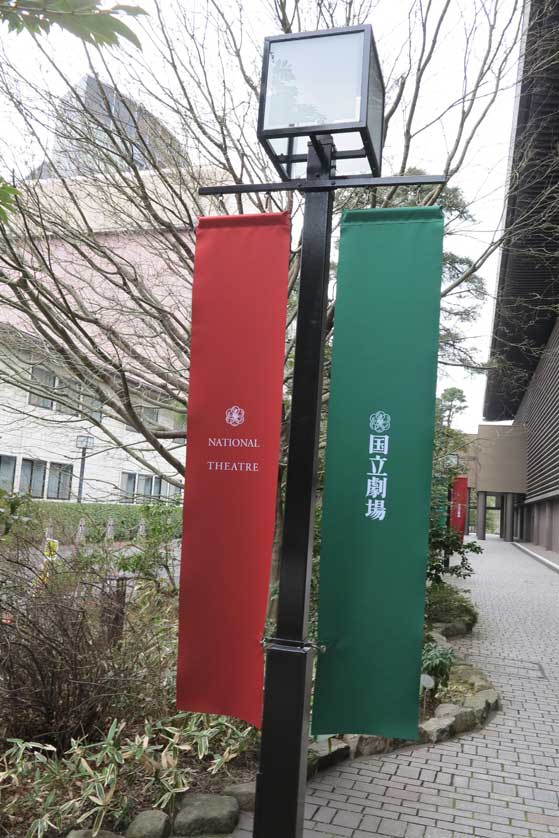 The Large Theatre is a 1,610-seat auditorium used for performances of kabuki, buyo dance and drama.

In 1979, the adjacent 300-seat National Engei Hall was added. This stages performances of the Japanese comic arts of rakugo and manzai. 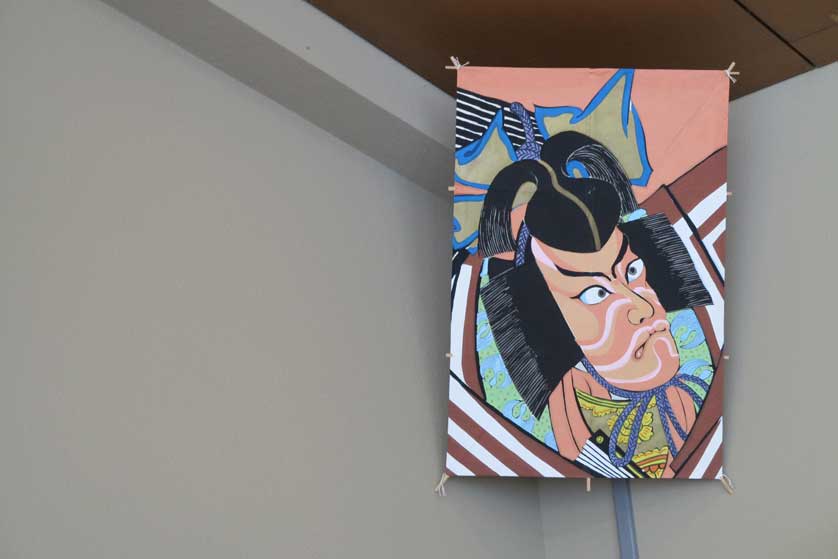 Kabuki image in the cafe of the National Theatre, Tokyo 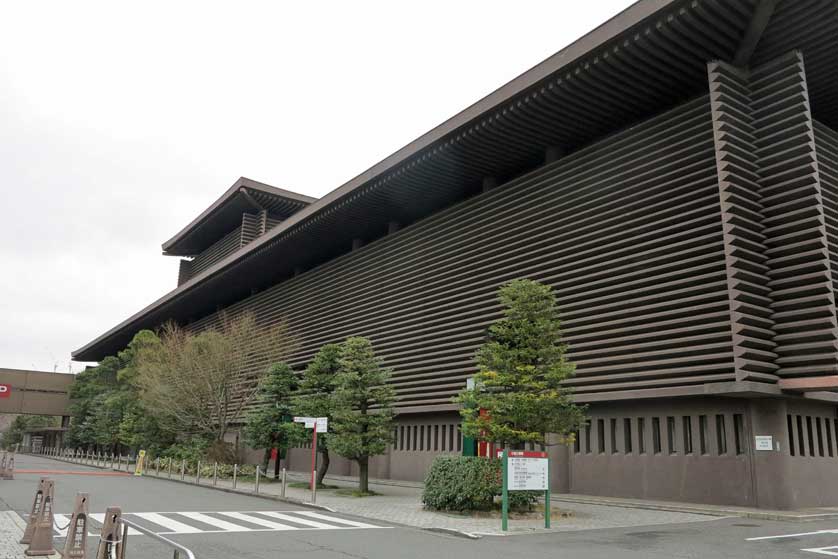 Annually in April the Japan Prize takes place at the National Theatre. Various grandees including the Emperor and Empress and the Prime Minister gather to confer a prize for achievements in the fields of science and technology.

The theatre also includes a pleasant cafe on its ground floor which is worth a visit in its own right. There is a daily menu featuring curry rice and delicious desserts.

There is a small free museum (The Traditional Performing Arts Information Center) dedicated to the performing arts in Japan at the back of the theatre near the entrance to the Green Room. The museum displays original prints, documents and newspapers as well as short movies documenting the history and development of kabuki, rakugo, buyo, hogaku, bunraku and other Japanese drama. No photography is allowed. The Information Center is open Monday to Friday and the second Sunday of each month from 10 am to 5 pm. On the third Wednesday of each month the center is open to 8pm. If that day is a national holiday the center is open at the same hours on the Thursday.

Within easy walking distance of the National Theatre are the FM Tokyo Building, the South African Embassy and British Embassy, the Hanzomon Museum, the Kensei Kinenkan (Parliamentary Museum), the Supreme Court, Chidorigafuchi National Cemetery, the National Diet Library, and the JCII Camera Museum. 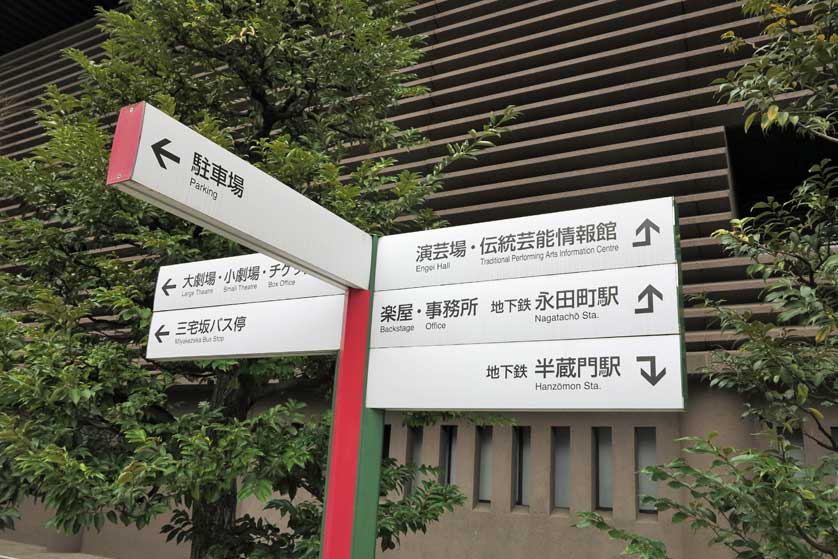 How to get to the National Theatre in Tokyo

The National Theatre is a short walk from Hanzomon Station (Exit 2), on the Tokyo Metro Hanzomon Line of the Tokyo subway.

Alternatively the theatre is 10 minute walk from Nagatacho Station on the Yurakucho, Nanboku and Hanzomon lines.

From Yotsuya Station on the Chuo-Sobu Line it is a 15-20 minute walk.

Infrequent Toei buses (宿75; 都03) also run past the entrance to the theatre. The nearest bus stop is Miyakezaka. 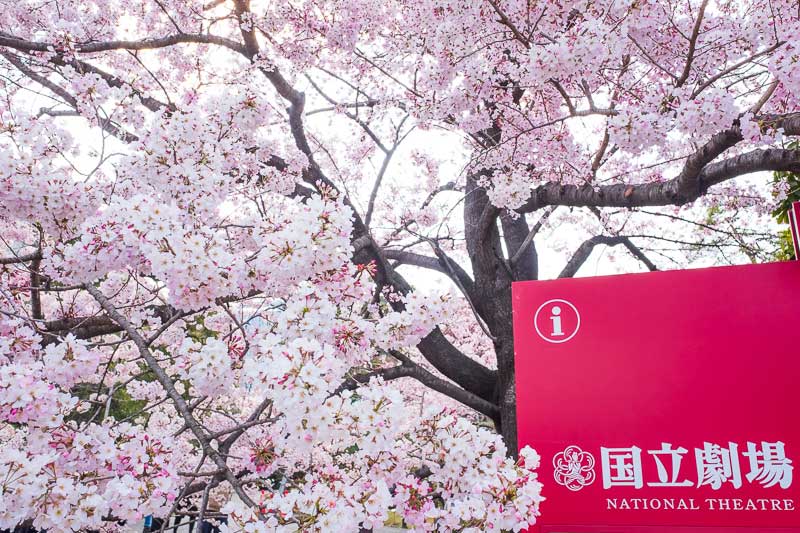 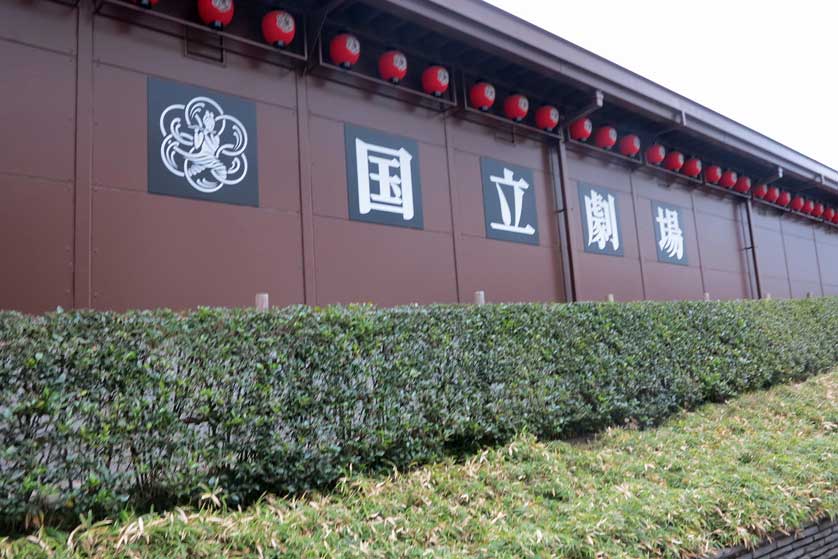 The National Theatre in Tokyo

Some recommended hotels very close to the National Theatre and Hanzomon Station are the trendy, hipster Nest Hotel Tokyo Hanzomon and the more up-market Hotel Grand Arc Hamzomon, which has a choice of restaurants and an excellent cafe/restaurant on its ground floor.

The National Theatre in the Hanzomon district of Tokyo is one of several national theatres in Japan. It has two auditoriums and the National Engei Hall.