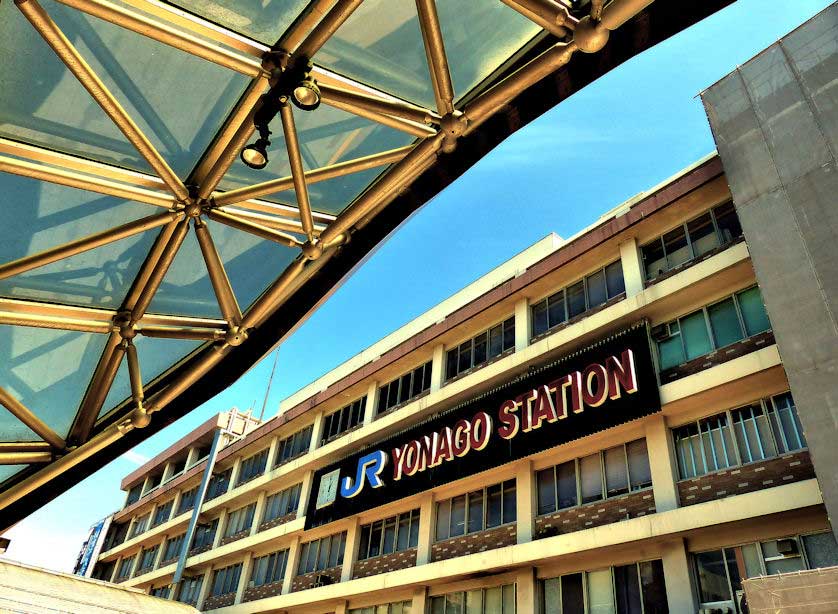 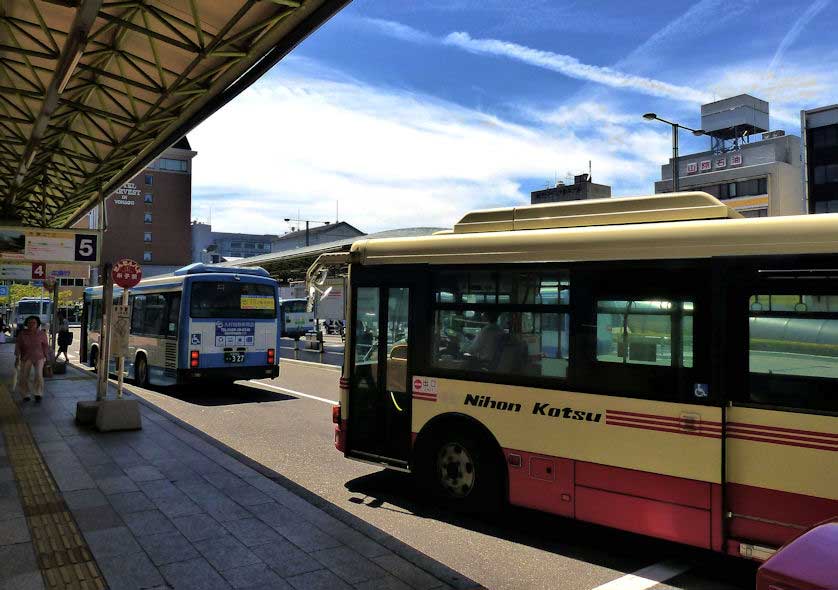 Yonago Station is a major station on the Sea of Japan coast in Tottori Prefecture near the border with Shimane Prefecture. It is also a major rail hub with many trains starting and terminating here.

Express trains connect Yonago with Kurayoshi in just 30 minutes and Tottori Station in Tottori city in 65 minutes. In Tottori and Shimane the line passes through very few urbanized areas and with almost zero industry there are some great views of the sea, coast and mountains.

A new luxury tourist train, the Ametuchi, began service in July 2018. The train has interiors made of local wood, paper, and ceramics, and some tables and seating facing outwards to take advantage of the view. The Ametuchi also has four special lunchboxes (bento) with local ingredients that can be pre-ordered.

The train makes one round trip a day on Saturdays, Sundays and Mondays from Tottori city to Izumo city and makes stops at all the usual express train stations as well as slowing down at key points along the route to emphasize the scenery. Reservations are needed, and on top of the regular express fare there is a Green Car charge, the Japanese equivalent of First Class. 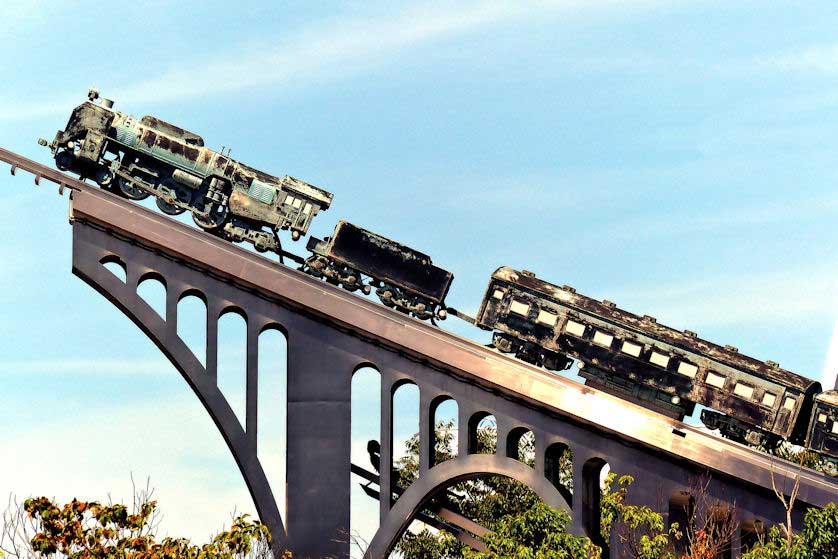 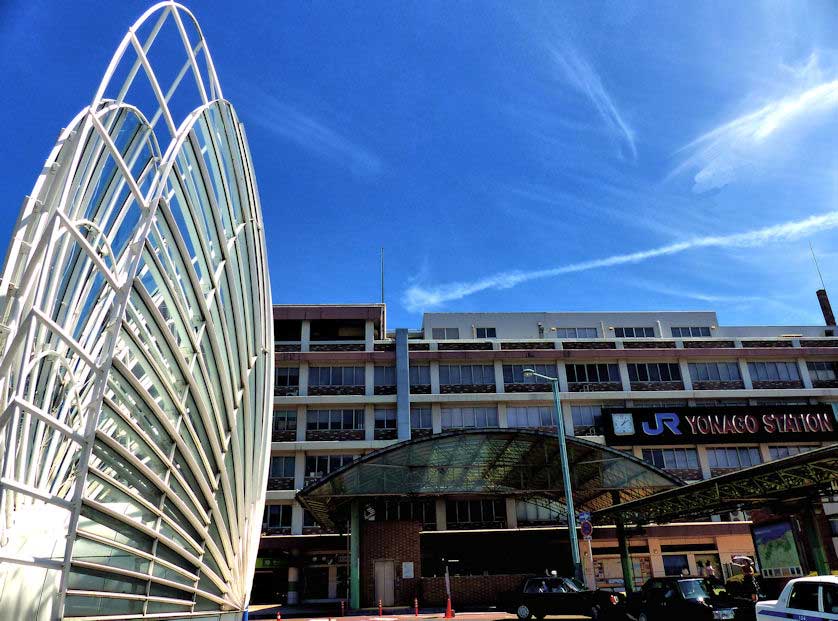 The Hakubi Line begins a few kilometers east of Yonago at Hoki-Daisen Station and runs over the Chugoku Mountains to Kurashiki in Okayama Prefecture. The Yakumo is a Limited Express service that runs hourly between Izumo and Okayama Station. From Yonago, Niimi is 68 minutes away, Kurashiki is two hours, and Okayama city two hours and 10 minutes. 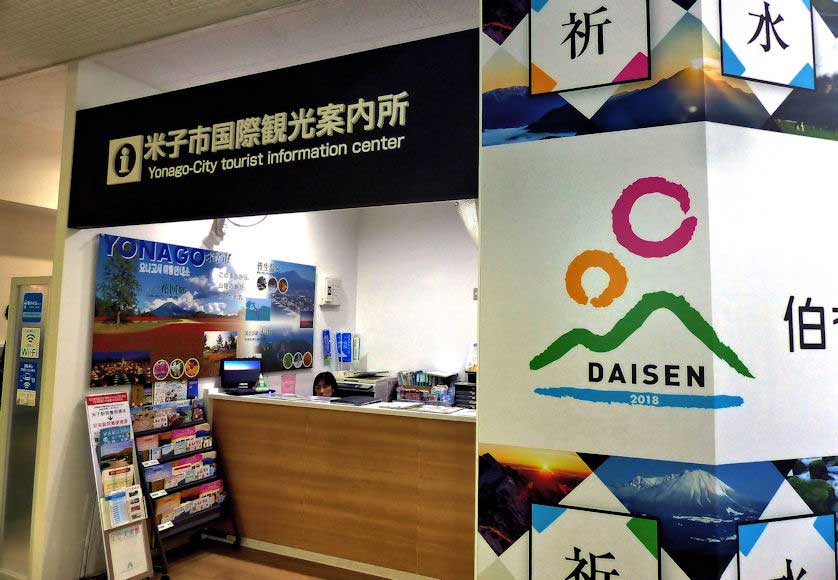 The Sakai Line is now one of Japan's growing number of popular character train lines.

The Sakai Line departs from platform 0 and runs up to Sakaiminato. A little under 18 kilometers it is known as the Kitaro Line after the manga character GeGeGe no Kitaro created by Mizuki Shigeru who lived in Sakaiminato.

Each train's exterior and interior is decorated with various characters, usually yokai, from the manga and anime series. Each of the 16 stations is also named after a yokai and features decorations of the character. On platform 0 there are also numerous statues and displays of yokai characters. Yonago Airport (YGJ) is the 10th station and is 28 minutes from Yonago.

With regular scheduled flights to Tokyo Haneda, Seoul and Hong Kong. The Sakaiminato terminal is where the Mizuki Shigeru Road begins and also the ferry terminal for high-speed and car ferries to the Oki Islands.

There is a small Tourist Information Office on the ground floor of the main station concourse. Staff speak English and Chinese and can help with any information.
Open from 9 am to 6 pm. Tel: 0859 22 6317

To the right of the main entrance to the station is where the taxis wait, and to the left is the bus station where you can catch a bus to Mount Daisen. 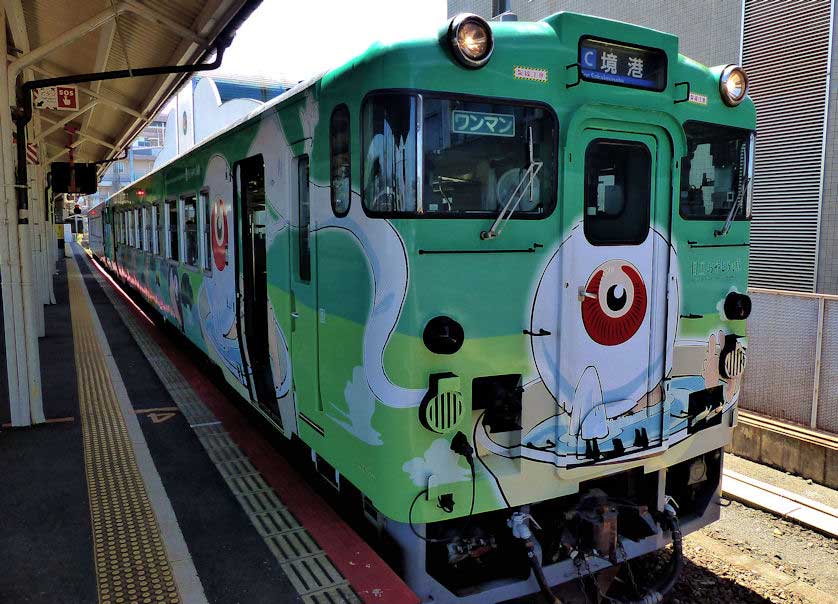 Yonago is a good base for exploring the sights of the region which include Mizuki Shigeru Road, Mount Daisen, the Shoji Ueda Museum of Photography, Mihonoseki and Yuushien Garden. 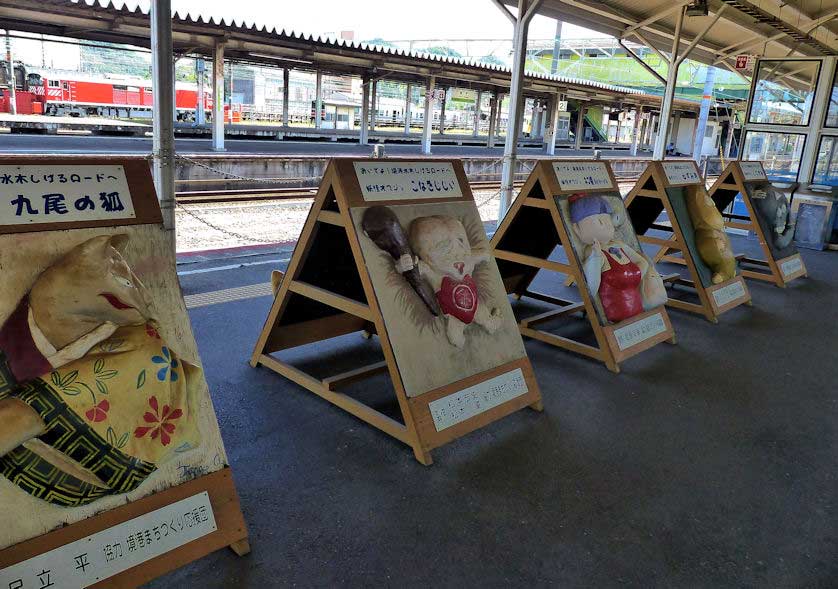 Yokai on the Oki Islands

Yonago Station: Yonago Station in Tottori Prefecture is a major rail hub with trains on the San-in Line, Hakubi Line and Sakai Line.