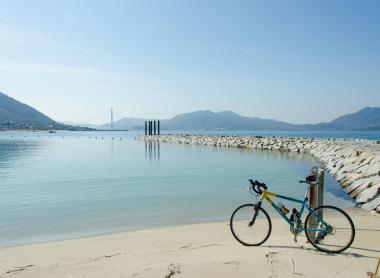 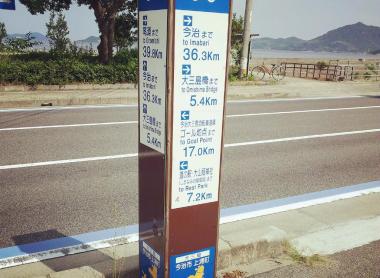 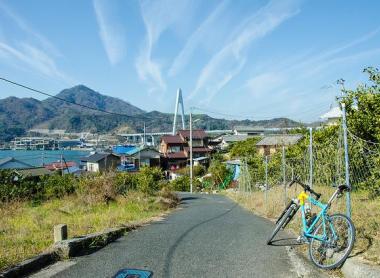 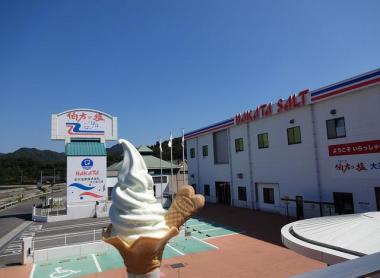 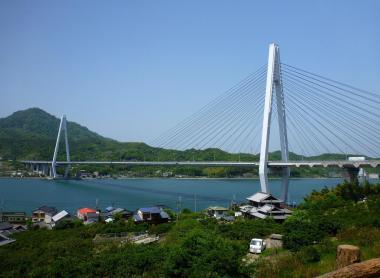 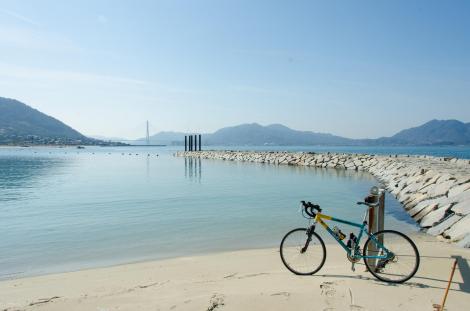 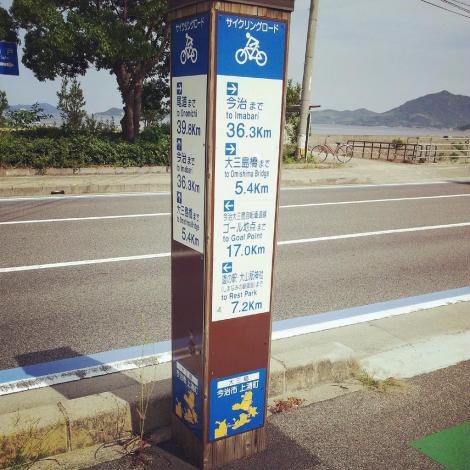 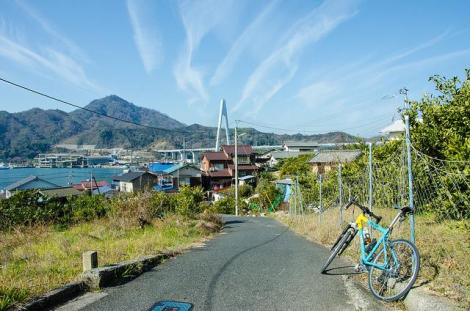 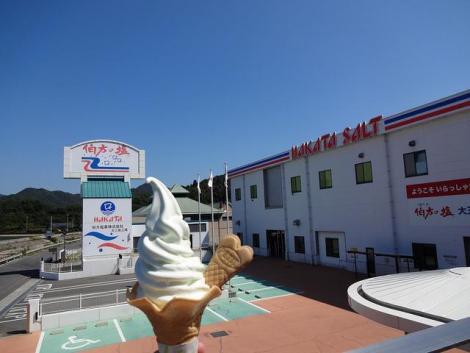 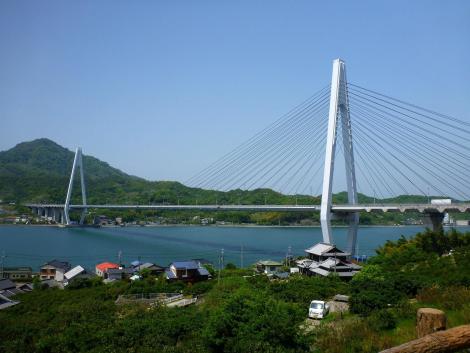 This cycle path connects six islands spanning 70 kilometers in the Seto Inland Sea. It allows cyclists to pedal at their leisure while contemplating magnificent scenery in the pleasant sea air.

14 bike rental stations are available on each of the islands. Professionals can usually complete this route in three to four hours, but it's quite possible to take your time, perhaps spend a night on one of the islands, or stop on another to explore the area and try the local specialties. Many campsites and hotels can be found on each island.

Go your own way

The starting point, the city of Onomichi, is well known thanks to the movie Tokyo Story by Ozu Yasujiro. Near the port, you can rent a bike at 1,000 yen per day, or visit Onomichi U2, a facility specially designed for cyclists offering accommodation (where you can even sleep with your bike), a restaurant, a shop, and rentals of the latest models of professional bikes from 4,000 yen per day. It's easy to to rent a bike for the journey and ride to one of the following stops.

You've rented your bike, now you want to reach the island of Mukai! It is advisable to do so by boat, from the pier in front of Onomichi Station (the 5 minute boat ride costs 100 yen, bike +10 yen). If you haven't had breakfast, the historic Sumida bakery offers good bread, and has done since 1916. At the starting point of the cycle track, your adventure begins: just follow the blue line.

Cross the double-decker, 1270 meter long bridge from Mukaijima to Innoshima. Innoshima is known for hassaku (a variety of Japanese orange the size of grapefruit) and was originally an island occupied by a family of pirates: the Murakami, who lived in the fourteenth century). If you have time, visit the family's castle, unique in Japan because it includes two towers of different shapes and colors, and taste the hassaku daifuku (hassaku orange flavored shiro-an, or white bean paste, wrapped in mochi).

Cross the Ikuchi bridge and arrive on Ikuchijima island, the island of lemons and octopus fishing. You can choose between two paths, from the north or the south. Both run along the coast with palm trees in a tropical atmosphere, and are generally flat, but the northern path has more places to visit, like Kojo-ji Buddhist temple in the Sodo school that has a beautiful three-story pagoda, and a panoramic view of the Seto Inland Sea.

Dolce ice cream shop sells regional fruit sorbets, including Ikuchijima lemon, for a refreshing break. At several local restaurants, you can enjoy octopus prepared in a thousand different ways. Twenty contemporary sculptures are also exhibited on the island - discover them depending on your route.

Here you'll come to the attractive cable-stayed Tatara Bridge, and enter Ehime prefecture. Omishima is the largest island of the Shimanami Kaido. It's called Island of the Kami (Gods), because of the presence of Oyamazumi Shrine, the Shinto shrine dedicated to the brother of Amaterasu, a major figure in Japanese mythology who protects sailors and soldiers. Many military leaders have made offerings of armor here for protection, and 80% of the historical armor of cultural heritage in Japan is kept in this shrine, including that of Minamoto no Yoritomo (1147-1199).

You should definitely try and see the remarkable sacred camphor tree here, it's around 2,600 years old! Accommodation is available at ryokan, camping grounds, and Shimanami Fureai Koryukan, a former primary school remodelled into budget accommodation. Don't miss Tatara onsen public baths, a great place to relax after a hard day of cycling.

The small island of Hakatajima is famous for Hakata salt. You can pass through it quickly, or take a 17 kilometer route to visit its various fishing ports. Admire Hirakiyama, a 149 meter-high mountain with a 360° panoramic view. It's also an island renowned for its cherry blossoms in spring. Don't forget to try the Hakata salt ramen at Sanwa!

After Hakatajima comes the final island of Oshima. Theres is a route through the middle of the island and two others from the east or the west, the full route is around 35km. In Yoshiumi Park, 3500 roses bloom every year from May to December. Kirosan Observation Park is up a mountain 307 meters high, offering a magnificent view of the Straits of Kurushima for experienced cyclists.

At Yoshimi ikiikikan, you can enjoy delicious local seafood barbecue from the catch of the day. Finally, cross the Kurushima Kaikyo bridge, consisting of three, four kilometer suspension bridges. Admire the beauty of the Setouchi islands from 65 meters above sea level.

You will finally arrive in Imabari, where you can return your rental bike at the Sunrise Itoyama at the end of the bridge, JR Imabari station, or the Giant store in the station if you rented from Onomichi U2. Highway buses travel between Imabari and Onomichi in one and a half hours (2,250 yen), or to Fukuyama or Hiroshima. You can also go in the opposite direction of Imabari to Onomichi.

The beaches of Hiroshima

Located on the northern coast of the Seto Inland Sea and surrounded by islands, travelers can combine cultural visits and water pursuits when visiting the city of Hiroshima.

Located about 75 minutes drive north-west of Hiroshima, Sandankyo Gorge offers a breath of fresh air in an exceptional location.