Teradaya Inn: the historic Teradaya Inn in the Fushimi district of kyoto is associated with two historic incidents. The deaths of nine Satsuma samurai here in 1862 and the attempted assassination of Sakamoto Ryoma in 1866. 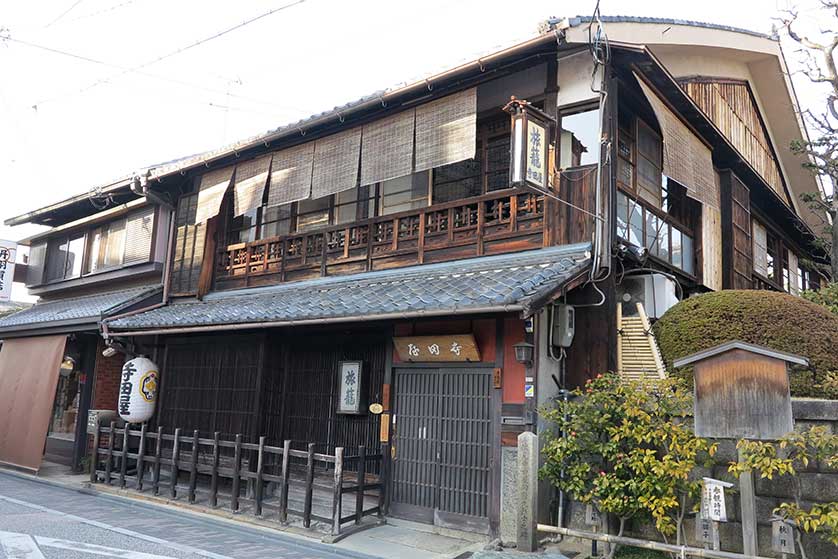 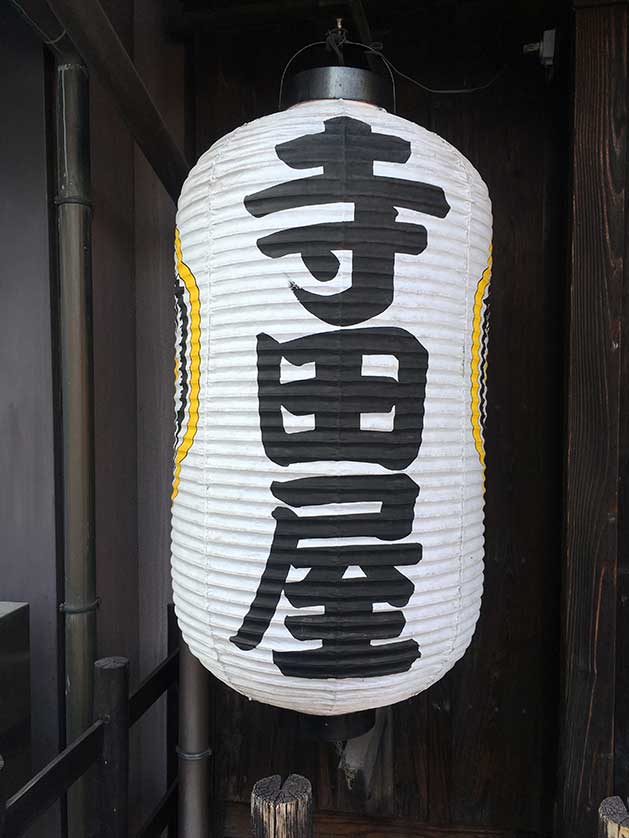 Teradaya Inn, in the Fushimi district of south east Kyoto, was the scene of the so-called "Teradaya Incident." On March 9 (January 23 on the old lunar calendar), 1866 the inn was raided by Tokugawa agents in an attempt to arrest or assassinate the anti-Tokugawa activist, Sakamoto Ryoma.

Ryoma was saved by the quick thinking of his future wife Narasaki Ryo (Oryo) who ran semi-naked from her bath to warn him of the approaching danger.

Though injured on his hands by a sword, Ryoma escaped, though visitors can still see a sword cut reproduced in one of the wooden pillars at the inn.

Ryoma and his companion Miyoshi Shinzo (1831-1901) managed to flee the inn and take shelter in a store house near one of the canals in the area. Ryoma was later rescued by samurai from Satsuma.

The history of the inn goes back to when Fushimi was a major river port connecting Kyoto and Osaka and the site of Fushimi Castle built for Toyotomi Hideyoshi between 1592-1594.

The original Teradaya Inn was burnt down in the Battle of Toba-Fushimi in 1868. The present building is from a later date. 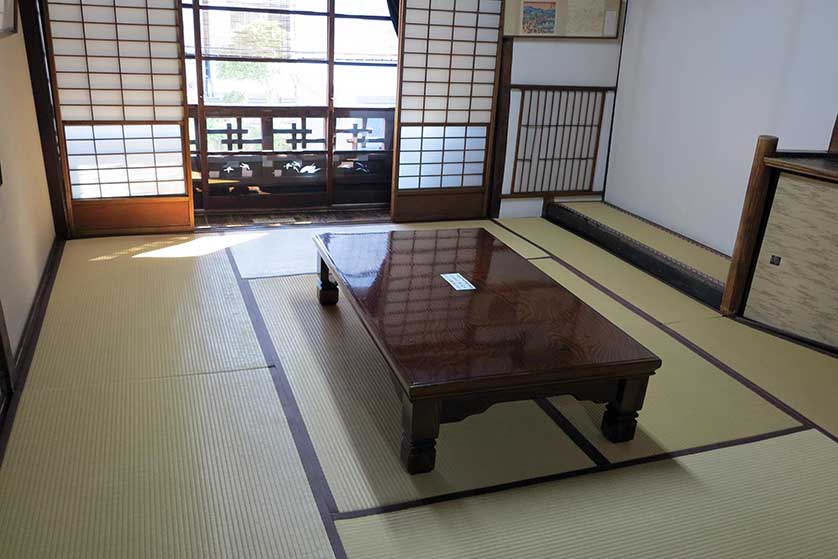 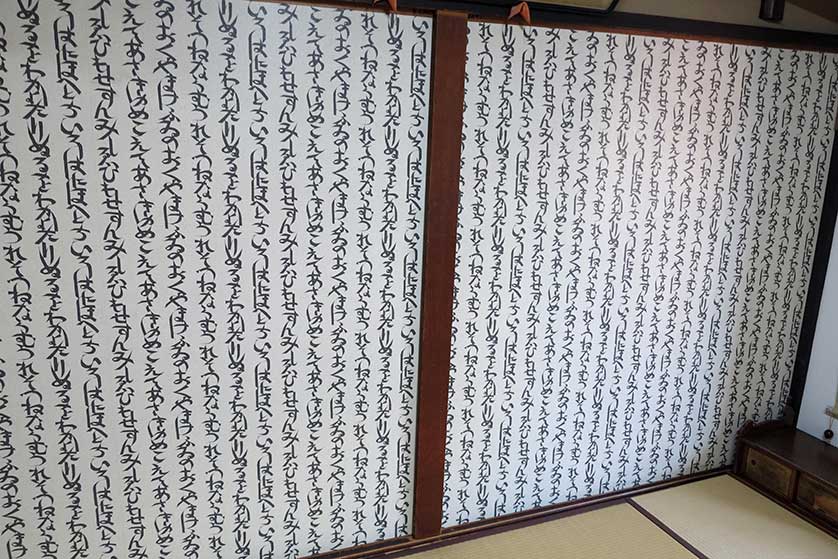 Members of the anti-regime Satsuma clan (present-day Kagoshima Prefecture) would often stay here after their journey up the Yodo River from Osaka.

An earlier incident took place at Teradaya in 1862 when radicals from Satsuma opposed to the shogun were in residence at the inn. The feudal lord (daimyo) of Satsuma, Shimazu Hisamitsu, sent nine men to the inn to force the 20 activists there to give up their plans and return to the fold at the Satsuma base in Kyoto.

A bloody quarrel erupted when the rebels refused. Altogether nine men lost their lives: eight rebel members of the Seichugumi ("Sincere and Loyal Band") and one of the daimyo's enforcers. A memorial to their sacrifice stands outside the inn. 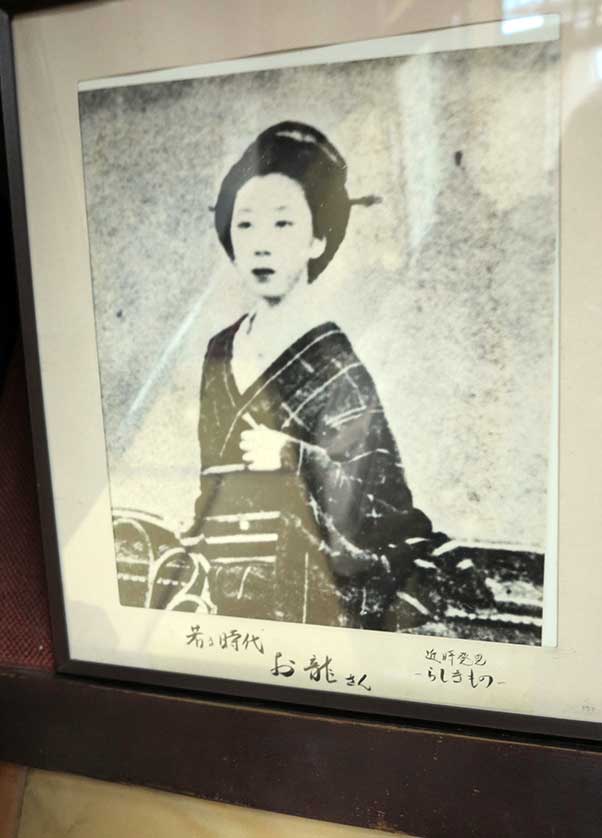 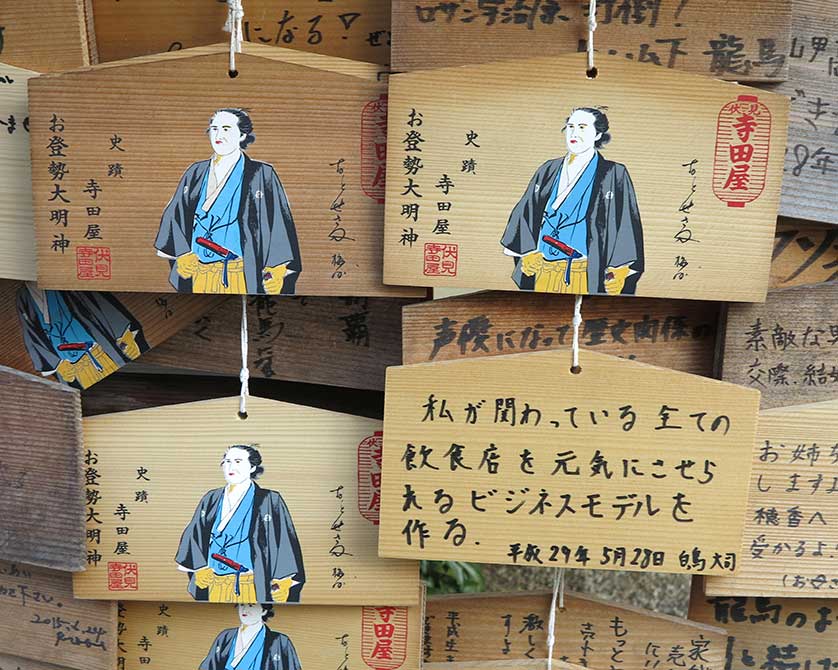 After paying the entrance fee, visitors remove their shoes in the genkan and enter the two story inn.

The many small wood and tatami-floored rooms are packed with furniture, calligraphy scrolls, Japanese swords, paintings, books and photographs. There are models of Ryoma's pair of Smith and Wesson pistols purchased for him in Shanghai by a friend.

There is little in the way of English explanation so to non-Japanese history fans, the items on display may pass in a bit of a blur.

You can see the Ume no ma (Plum Room) where Ryoma was staying on the night of the attack along with the bath where his lady friend Oryo was soaking. A portrait of Ryoma, commissioned by the inn's landlady, Otose, hangs in Ume no ma. This was used as the model for the bronze statue of the man that stands in Maruyama Park in Gion.

There is a small library of books and manga in Japanese and other languages in one of the rooms.

In the courtyard outside is a small shrine with ema depicting Sakamoto Ryoma on sale. 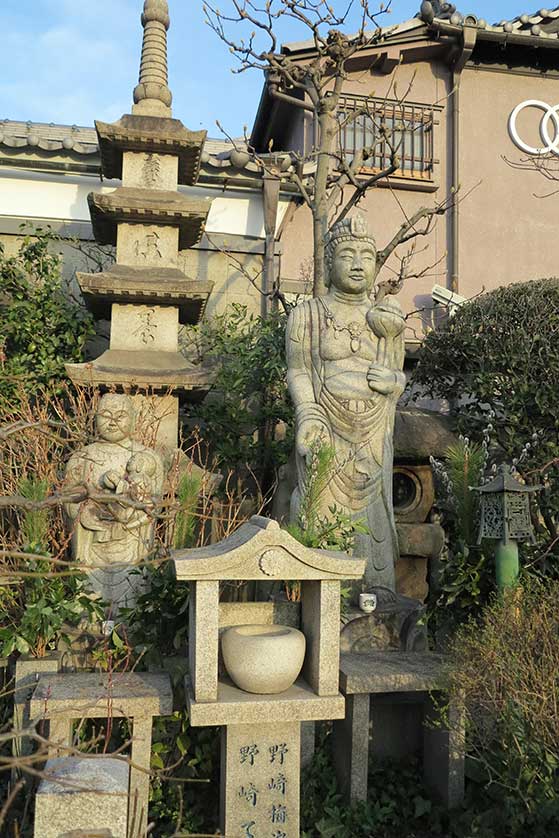 Memorial to the men from Satsuma who died in the 1862 Teradaya Incident, Teradaya Inn, Fushimi, Kyoto 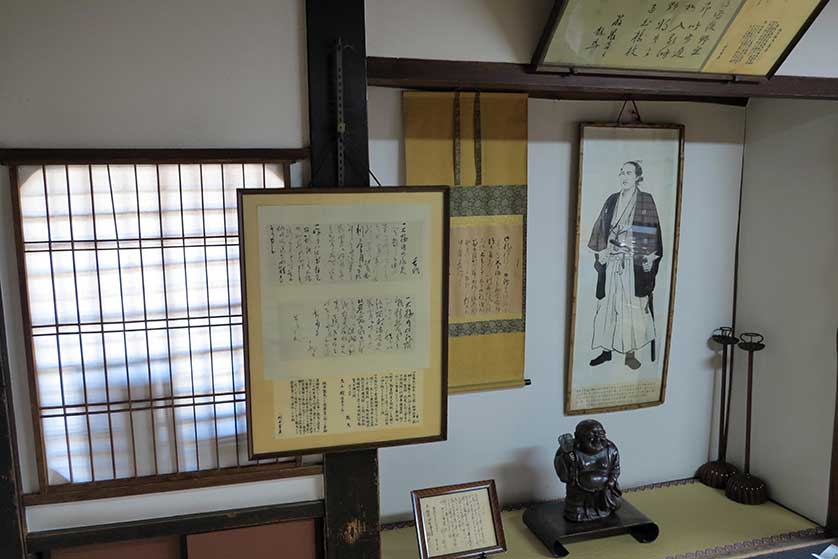 Teradaya Inn is a 5 minute walk from Chushojima Station or slightly farther from either Kintetsu Momoyamagoryo-mae Station and Keihan Fushimi-Momoyama Station.

From Kyoto Station the following buses: 81, 105 and 南5 run to Chushojima Station. 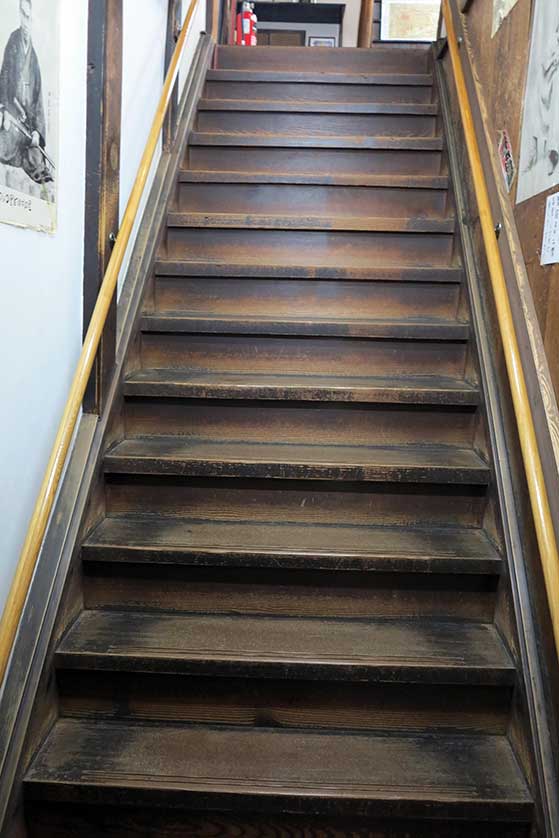 It is possible to stay at Teradaya after the museum closes. The price for an overnight stay is 6,500 yen or 7,000 yen with breakfast. Call 075 622 0252 for reservations or contact us if you would like us reserve a room for you for a small handling fee. Check in 6 pm-8 pm; check out 9 am.