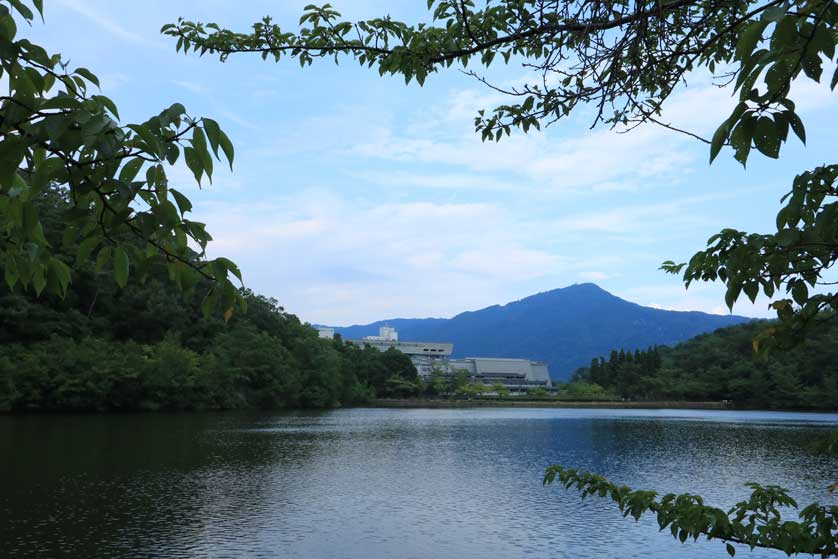 Mt. Hiei (hee-eh) is a 850 m (2,500 foot) mountain in the hills east of Kyoto that has the UNESCO World Heritage Site Enryakuji Temple at its summit. The temple is traditionally home to both warrior monks and marathon monks. The mountain boasts spectacular scenery, and its azaleas in spring and Japanese maples in fall are a famous sight. The hiking trail up the mountain is only 15 minutes walk from Shugakuin Station, but there is also a cable car up and down.

There are many reasons to hike Mount Hiei (比叡山): the trails, the flowers, the wildlife (monkeys, tanuki, boar, salamanders, Japanese nightingales, etc.), the views, and of course Enryakuji Temple. Enryakuji is where the Tendai sect of Buddhism was founded, on the top of the same mountain, in 788 CE.

Enryakuji was also the home of the legendary warrior monks, whose raids into Kyoto terrified the city. They were ultimately crushed by Shogun Oda Nobunaga, who burned the complex to the ground in 1571 when he defeated the Enryakuji monks.

Enryakuji was thereafter rebuilt and is today the headquarters of the Tendai sect.

Though the warrior monks are long gone, another breed of near super human remains on Mount Hiei: the marathon monks. The ordeal these monks endure is known as sennichi kaiho gyo (千日回峰行) in Japanese, or "thousand-day around-the-peaks training." The monks set out to - and occasionally one will actually - complete a 1,000-day test of their endurance, perseverance, and both physical and mental strength. 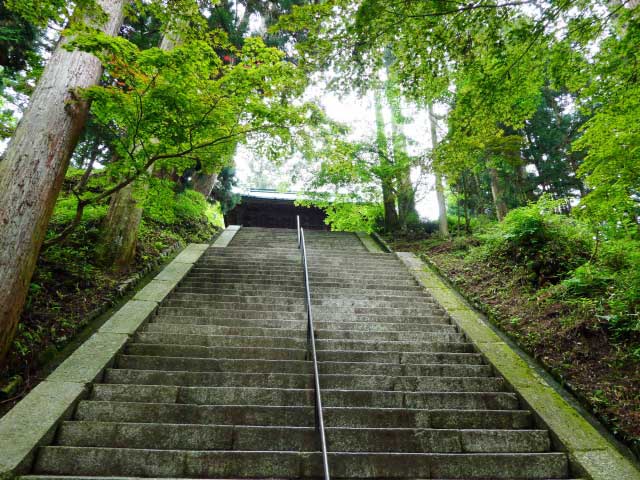 Enryakuji Temple is situated on the verdant summit of Mt. Hiei in north east Kyoto 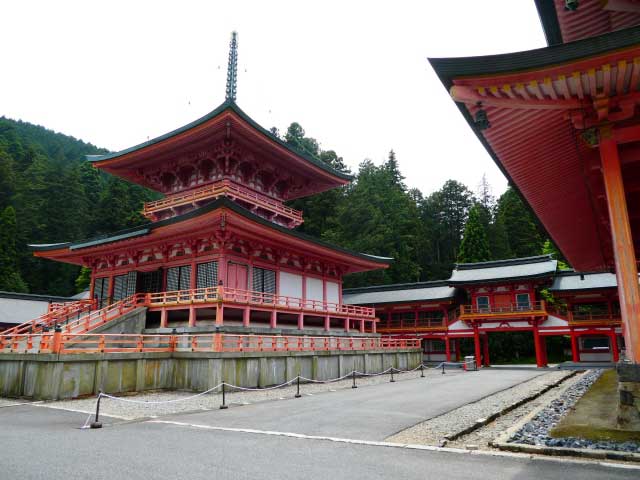 Enryakuji Temple, on Mt. Hiei, in Kyoto was once home to feared warrior monks

Just 46 men have completed the "marathon" challenge since 1885. In part, it involves Buddhist training in meditation and calligraphy in addition to their daily duties at the temple. However, it is much more than that.

Moreover, the runs usually begin at night and are over rough mountain paths. Footwear is limited to straw sandals.

In addition, as they run the monks must carry maps, books with mantras that they will chant, food for offerings, candles, and a sheathed knife and rope (in the past monks who failed would commit ritual suicide on the trail).

Because of the many stops along the route - for offerings, etc. - the time necessary to run can last as much as 20 hours. That allows almost no time for rest.

Perhaps the most grueling aspect of the ordeal, though, is the doiri. For a period of seven days the monks do not eat, drink, or sleep. Instead they recite Buddhist chants and mantras. Two monks are with the marathon monk at all times to make sure that he does not fall asleep.

The purpose of the sleepless fast is to bring the monk face-to-face with death. According to legend, sense is so heightened during this period that the participants claim to be able to hear the ashes of incense falling.

With all of that that in mind, you are now ready for a day hike. 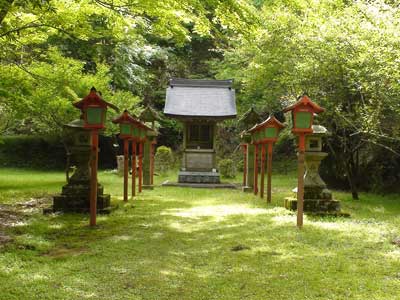 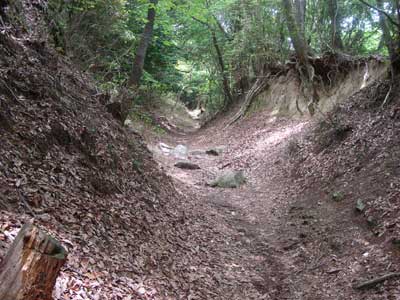 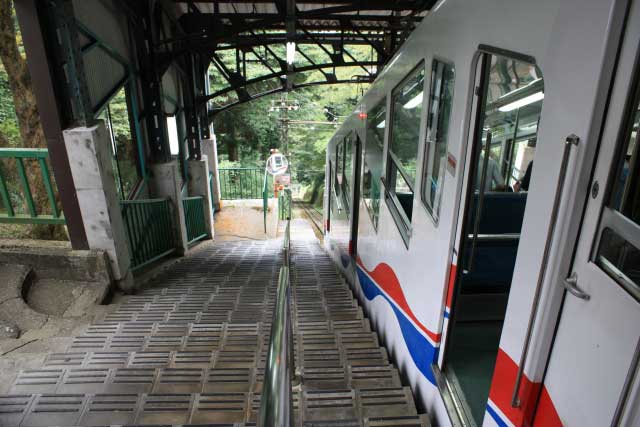 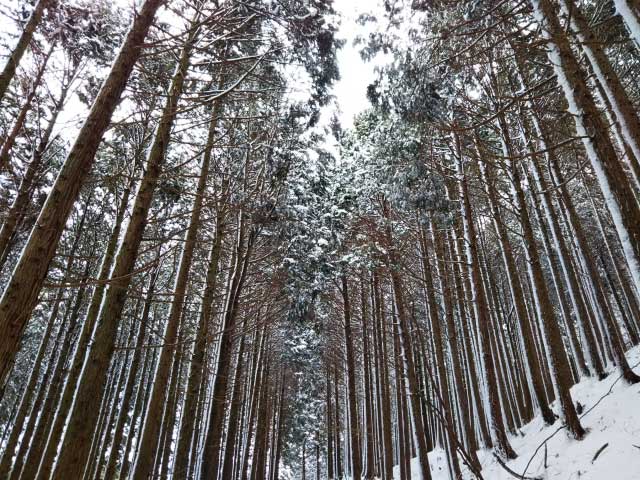 From Shugakuin Station, on the Eizan Line from Demachiyanagi, it is about a 15-minute walk to the trailhead.

You will head east from the station towards the mountain that looms in front of you.

Walk from the station to Shirakawa Dori. Cross the street. Follow the canal heading toward the mountain.

That will lead you to the trail. There are some signs; many, however, are in Japanese. 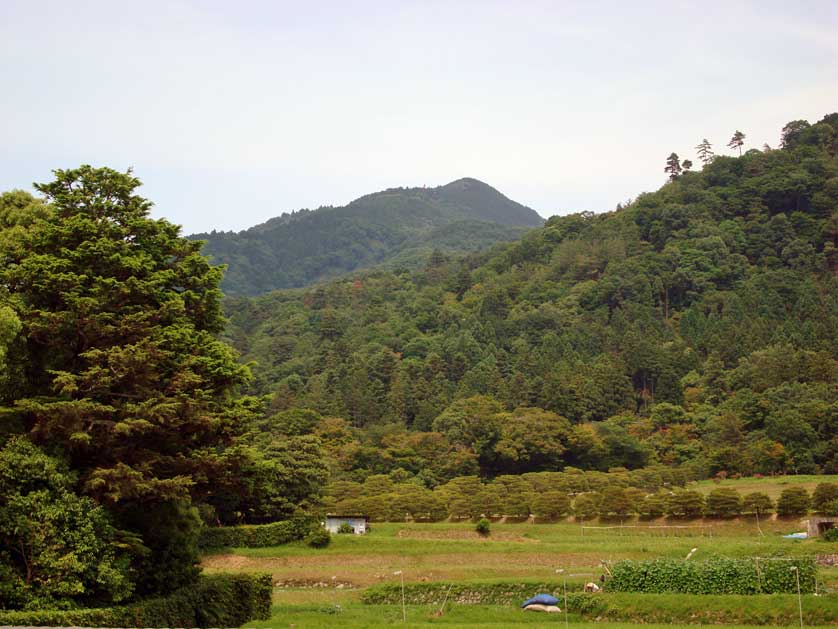 The first 30 minutes are fairly hard going. The trail is narrow and in places steep. On a weekday, though, you are likely to be the only human being on it.

At the beginning, the forest is dense and deciduous. It will be humid. As you climb higher, you will come to flatter terrain for a while. From here you will begin to have views of Kyoto below.

Keep an eye out for mountain bikers. They sometimes come careening around corners.

As you near the top, deciduous forests give way to cedar trees. That means you will no longer see any animals as the forest floor is essentially a desert.

The trees are majestic, and it is peaceful and shaded.

After several hours, depending on your level of fitness, you will come to a clearing at the top. There will be a small hut on your left and then a radio tower in front of you.

From here it is five minutes to the cable car station. Don't even consider going down just yet.

It is now an easy walk past brilliant fields of azaleas, a ski slope (now apparently bankrupt), and on finally to Enryakuji Temple itself.

The views are stunning. You can see down to Iwakura and the Kyoto International Conference Center.

The temples on Mt. Hiei are collectively known as Enryakuji, which is divided into three sections: Eastern Pagoda, Western Pagoda, and Yokawa. The pagodas are long gone but the name remains.

Most of the attractions are in the Eastern Pagoda area. There is also a good museum there, the Kokuhoden Museum (国宝殿).

For a set pass that allows entrance into all of the temples and the museum, the fee is 1,000 yen.

Going back down you can retrace your steps or head down via Sekizanzenin Temple. Or, for the weekend warrior, there is always a bus from the entrance to the temple - they run about once an hour - or the cable car. 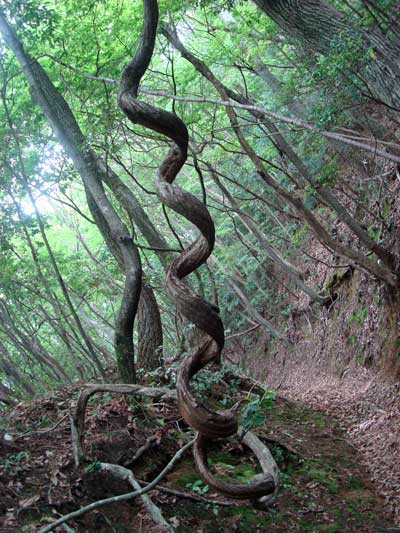 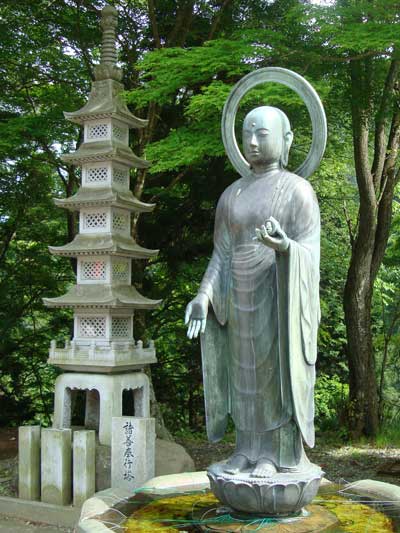 To get to Mount Hiei from Tokyo, take the bullet train to Kyoto Station. From there, take bus #5 to Shugakuin. Alternatively take the Eiden Line train from Demachiyanagi Station to Shugakuin.

Now your walk begins. Walk east towards the mountain. For those who wish to take the cable car up and hike down, continue on the Eizan Railways to Yase Hieizan guchi. From there it is a short walk to the cable car station.

Take a traditional boat along the Hozu River to Arashiyama, a relaxing way to see this beautiful part of Kyoto.

Exploring Kyoto on foot is good. Enjoying the charming streets and less visited areas, by bike is even better.

Down the Hozu River / Hozugawa Kudari

Travel down the Hozugawa to discover the landscapes of the Kyoto area, all in an enchanting setting.