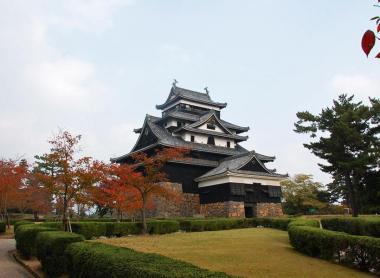 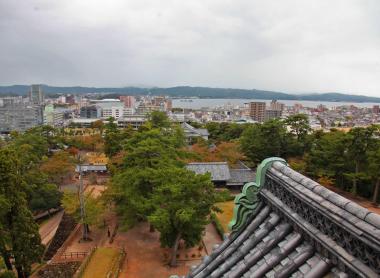 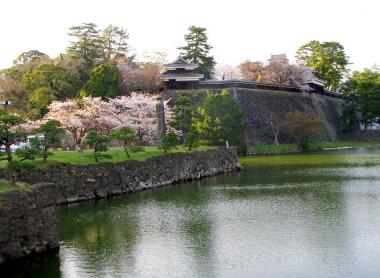 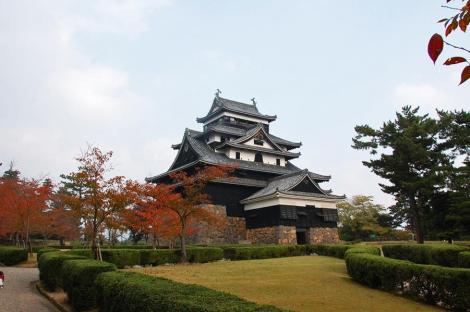 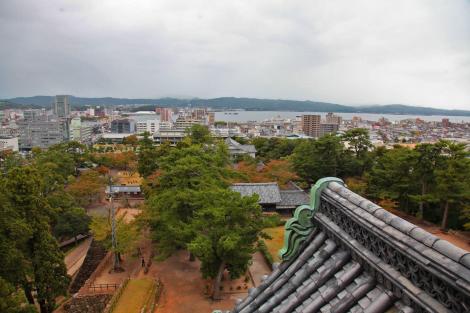 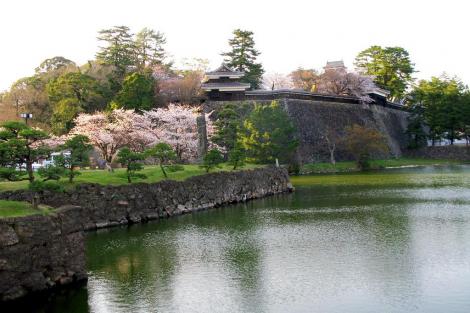 Its color and beauty make it a mythical castle, worthy of the greatest samurai films.

Built in five years by order of daimyo Horio Yoshiharu and completed in 1611, Matsue Castle is nearly 30 meters high and offers a magnificent view of Matsue. This is one of the last twelve castles preserved in their original state in Japan.

The great strategist Horio Yoshiharu had the city rebuilt to make the castle an impregnable fortress, thanks to the canals. But erected after the late sixteenth century feudal clashes, Matsue castle never found itself in any battles. Less than two hundred years after its construction the castle was taken over by the Matsudaira, younger branch of the Tokugawa, who kept the castle in its original state but modernized the city.

However, much of the castle was destroyed at the end of the shogunate. Today, only the surrounding wall, a few scattered ruins and the imposing Tenshukaku (keep) remains.

The keep is built on top of a stone base, and comprises of six storeys, but only five are visible from the outside. The labyrinth of small stairs and the wooden structure provide a good overview of life in the feudal era. Armor, helmets, statues, contemporary documents and photos tells the castle's history.

The Ninomaru, Castle Park, covers the total area of the former domain. It is dotted with ruins of the now defunct building. Only the stone sides have stood the test of time. The vegetation is very well maintained and visitors will find, cherry, plum and other trees which the Japanese appreciate the flowers of. Without a doubt spring and fall are the best seasons to visit Matsue castle and its grounds to the rhythm of flowing water in the moat.

Shimane cultural treasures: Shimane is an undervalued area of Japan and includes such riches as the Kaka Harbor and caves, Yuushien Garden and Mihonoseki.

Yunotsu is a small, quiet, old-fashioned type of hot spring resort dating back 1,300 years located on the Japan Sea coast of Shimane Prefecture.

Omori in Shimane Prefecture is part of the Iwami Ginzan UNESCO World Heritage Site and has a Preserved District of Edo Period buildings.