Yanaka Cemetery: read a guide to Yanaka Cemetery in Tokyo, one of the city's most famous graveyards with a number of important people buried here. 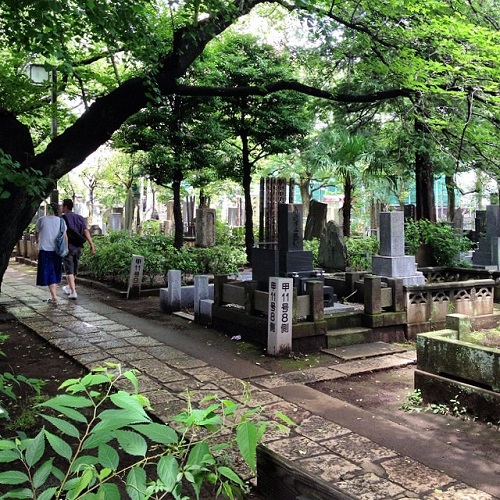 Yanaka Cemetery, in the Yanaka district of Taito ward, is one of Tokyo's most famous graveyards and has the feel of a park with its profuse foliage, including a beautiful alley of cherry trees: a very popular spot in spring when the overhanging branches are heavy with bright blossom. Yanaka Cemetery is also a beauty spot in autumn, with its many deciduous trees, including numerous gingkos.

Yanaka Cemetery is huge, at about 10 hectares (25 acres), and with over 7,000 graves. The cemetery is dotted with trees, shrubs, small gardens, and graves from the ancient to the modern, beautifully kept and decorated with flowers, or in a state of picturesque decrepitude. Yanaka Cemetery makes for wonderful wandering around its stone paths, taking in the peaceful atmosphere that pervades not only the graveyard, but the whole Yanaka district.

Such is the cemetery's size that encounters with others are generally few and far between. You are at least as likely to come upon the odd stray cat, or crow, as other humans. However, on two days of the year: shunbun no hi and shubun no hi, the spring and autumn equinox respectively, Yanaka Cemetery is full of people cleaning and tidying up the family grave.

Yanaka Cemetery is unique in that it has its own police station (koban). 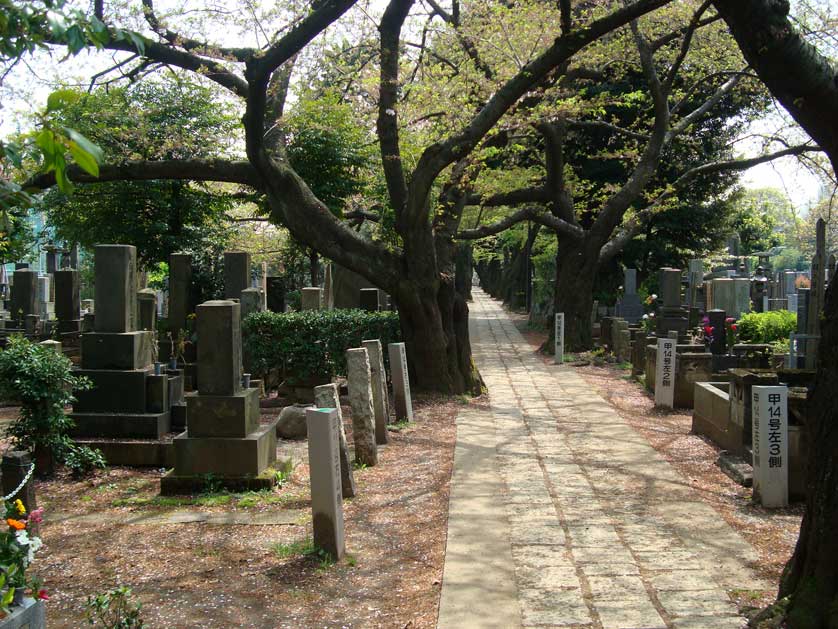 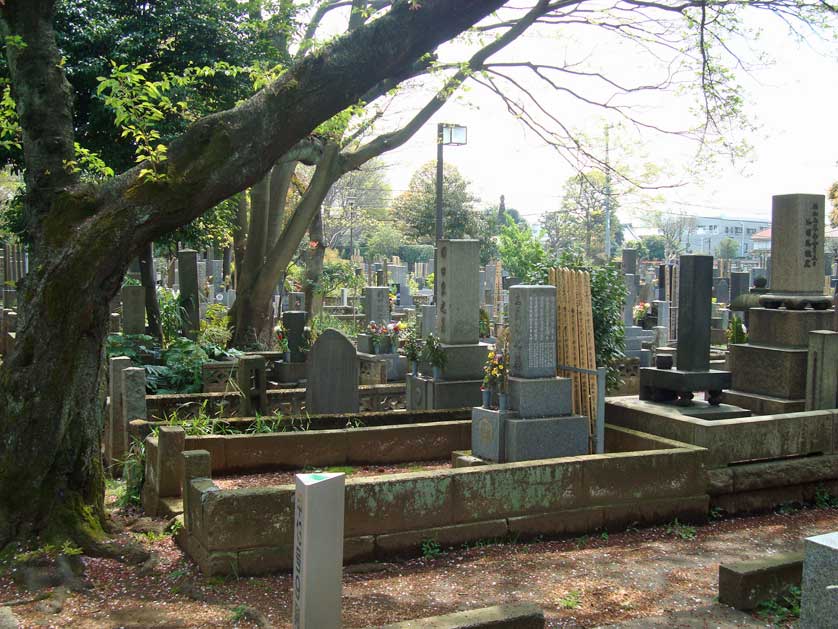 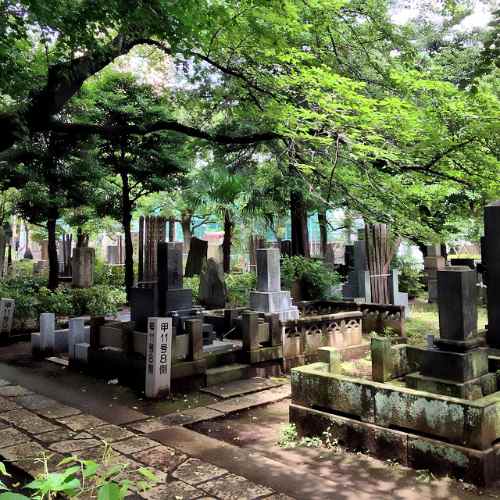 Yanaka Cemetery was the graveyard of Tennoji Temple, located on the edge of the cemetery nearest Nippori Station. The famous Sakura-dori ("Cherry Blossom Lane") through the cemetery was the entrance pathway (sando) to Tennoji. However, the graveyard was appropriated by the Japanese government in 1872 as part of the nationalistic Meiji era policy of promoting what it styled as the native Shinto religion at the expense of the later import, Buddhism.

This "separation of Buddhism and Shinto" (shinbutsu bunri) policy involved promoting Shinto funerals--a rarity then and now--and the only way was to divest the Buddhist temples of their cemeteries and make the cemeteries public.

Yanaka Cemetery was the largest cemetery in Japan at the time of its forcible creation. It was known as Yanaka Bochi ("Yanaka Graveyard") in Japanese, changed in 1935 to the more ephemeral-sounding Yanaka Reien (literally "Yanaka Spirit Park").

Along Cherry Blossom Lane are the remains of the five-story pagoda that Tennoji Temple built as a gift to the cemetery in 1908. There is nothing to see now but a fenced off slab of overgrown granite, but the pagoda's history is colorful in that it was burnt down in 1957 by two lovers in a suicide pact.

Other less morbid ghosts of Yanaka Cemetery may well be heard by visitors attuned to such things in the form of the crowds that long ago used to revel along Cherry Blossom Lane on their way to one of the public lotteries regularly held at Tennoji Temple.

Yanaka Cemetery is the final resting place of numerous famous people in Japanese history, the most prominent being Tokugawa Yoshinobu, the last shogun of Japan. Yoshinobu's resting place has its own grand fenced-off section, visible through gates.

Besides the former Shogun, others interred here include scholars, artists, artisans, poets, authors, scientists, singers, sportsmen, actors, politicians and military luminaries. One of the more famous among them is the novelist Ichiyo Higuchi (1872-1896) who appears on the 5,000 yen note.

From JR Nippori Station, take the walkway from the South Exit. A three-minute walk, alongside Tennoji Temple. 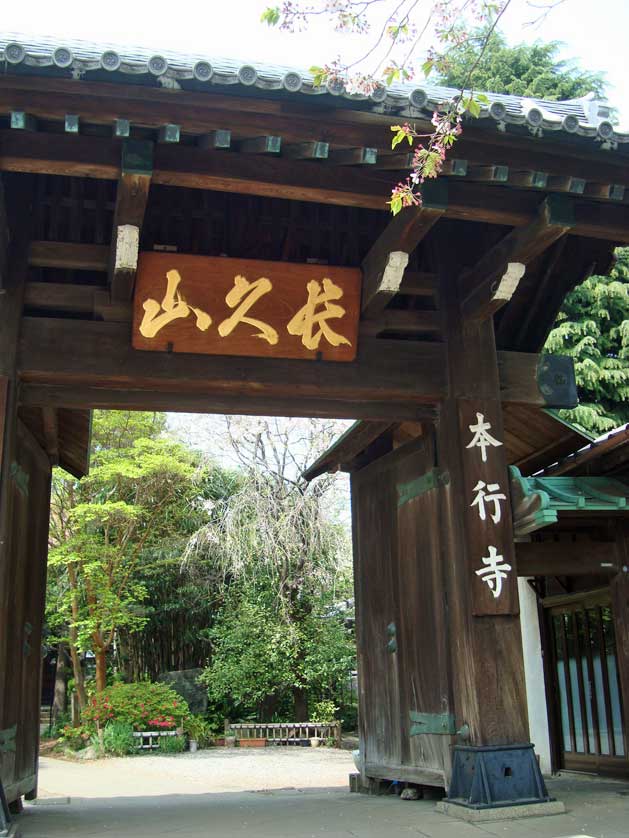 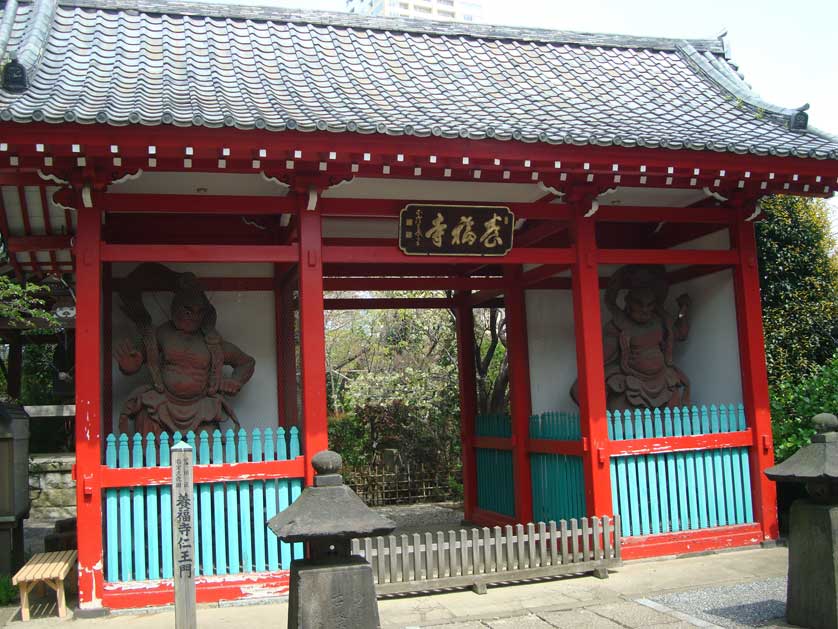