Fushimi Inari Shrine (Fushimi Inari Taisha) in southeast Kyoto is one of Japan's best known Shinto shrines, and a World Heritage Site. Fushimi Inari is famous for its tunnels of more than 10,000 closely-spaced orange torii gates that wind over the hills of Mt. Inari beyond the entrance to the shrine. 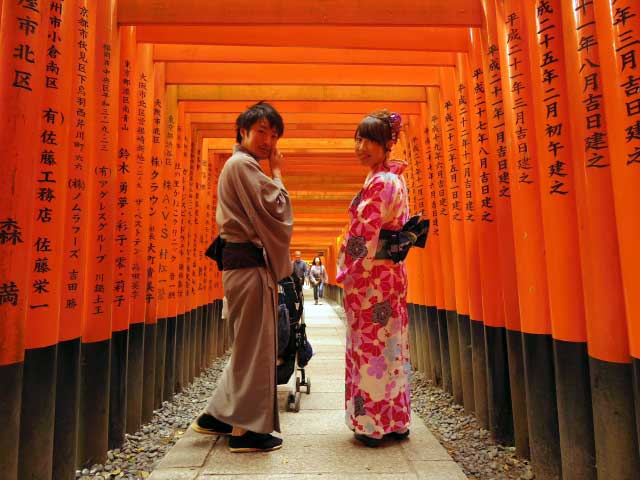 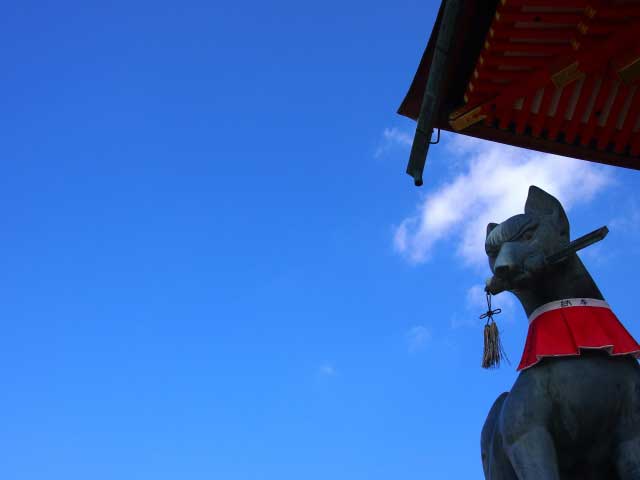 Inari is the patron deity of agriculture and business, and Fushimi Inari Shrine is the number one Inari shrine in the whole of Japan. This status has ensured a constant stream of worshipers here. The individual torii arches that make up the famous vermilion "tunnels" are donated by merchants wishing to get ahead in business and get replaced every 10 years. The black kanji lettering on each torii indicates the name of the donating company.

You will notice dozens of small statues around the shrine of the fox (kitsune) - the messenger of Inari.

Inari is worshiped as the protector of grains, in particular rice (and, by connection, sake). In Japan, rice meant wealth, and even today the rich, and officials from companies, come to pay their respects.

Fushimi Inari Shrine was founded in 711 by the Hata family, over 80 years before Kyoto became the capital of Japan, in 794. The shrine's principal deity is Ukanomitama-no-Mikoto - a mythical figure who is the goddess of rice and food, and who is closely identified with the (rather nebulous) god Inari. The main shrine building, the Go-Honden dates from 1499. The Romon Gate at the complex was built in 1589 by the warlord Toyotomi Hideyoshi.

One of the most visited sites in Kyoto, Fushimi Inari is the head shrine for the more than 30,000 other Inari shrines located across Japan.

Since 823, a little over a century after its founding, Fushimi Inari has been associated with Shingon Buddhism, too. The founder of Shingon Buddhism, the monk Kukai, was appointed as abbot of Toji Temple at this time. He chose Fushimi Inari to be the temple's guardian shrine, and had it moved somewhat closer to the temple (but still almost 4 km away). The Buddhist chant known as the Inari sutra (Inari shingyo) is an example of this historical association.

The street approaching the main entrance of Fushimi Inari is lined with stalls selling, among other things, barbecued sparrow, a delicacy called inari-zushi (fried tofu and sweetened sushi), and a rice cracker fortune cookie called tsujiura senbei. Fushimi ningyo are colorful, hand-painted clay dolls and good luck charms also on sale at the shrine itself. 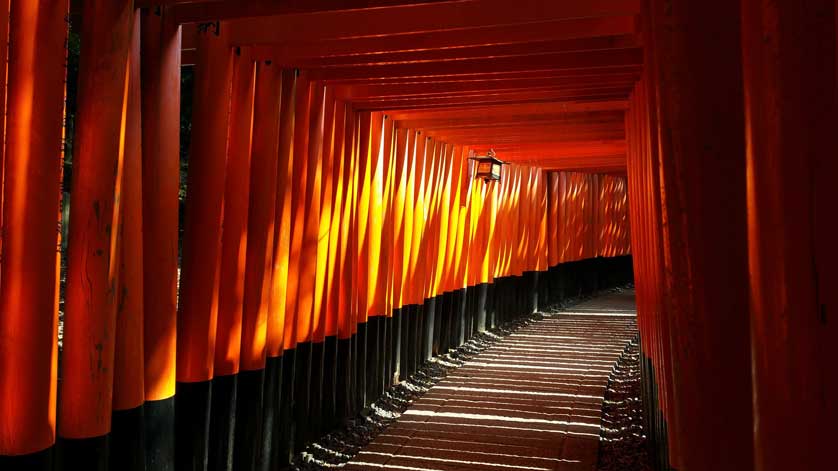 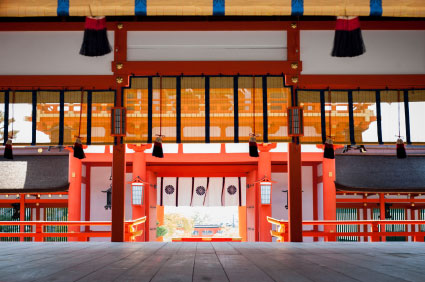 Go by bicycle from Sanjusangendo to Fushimi Inari.

Mt. Inari, behind the shrine, is dotted with smaller shrines, and makes for good hiking - taking about 2 or 3 hours to reach the top (233 meters above sea level). However, most hikers make do with going as far as the Yotsu-suji crossroads - about a 40 minute hike up - for the panoramic view of Kyoto from there.

A trip to Fushimi-Inari can be combined with a visit to Fushimi-Momoyama Castle and the Gekkeikan Sake Museum. Tofukuji Temple is also on the Keihan Line a two stops back towards Kyoto and one stop on the JR Nara Line. South of Fushimi Inari are the minor temples of Sekihoji, Hotoji and the Fujinomori Shrine.

A visit to Fushimi Inari shrine can be included in a tour of the numerous sake breweries in the area. 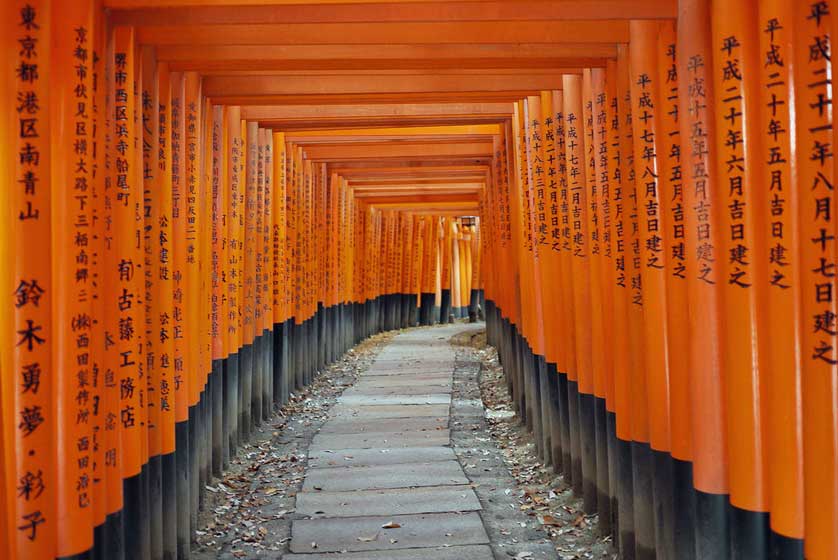 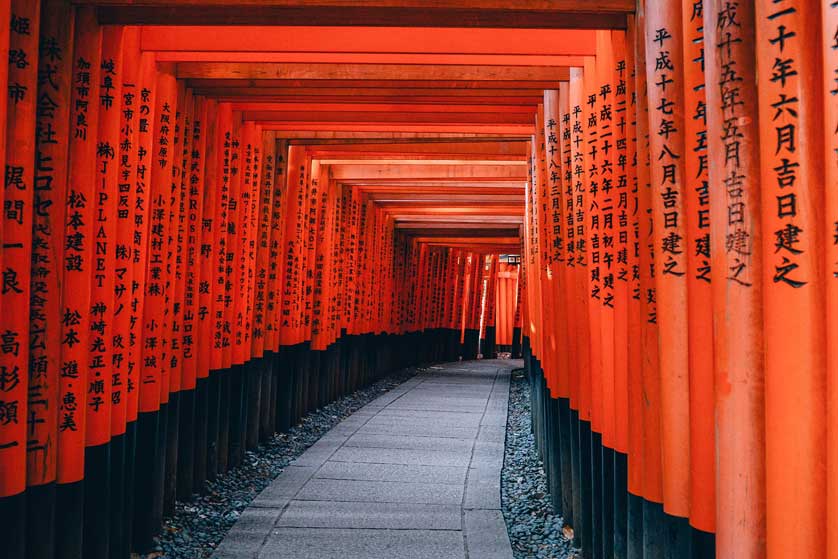