Ryozen Kannon Temple is a war memorial to the dead on both sides of the Pacific War in the Gion district of Kyoto, Japan. 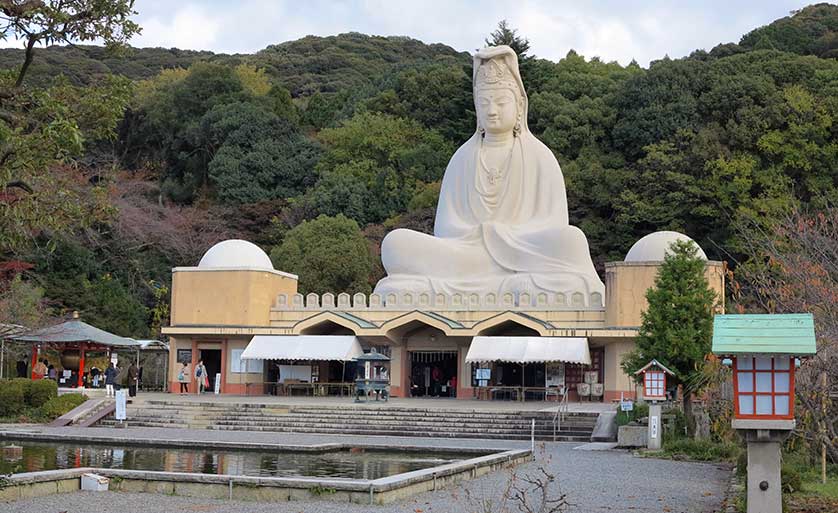 Ryozen Kannon Temple, located to the south of Maruyama Koen and Yasaka Jinja in the south east of Kyoto is a war memorial dedicated to the fallen on both sides of the Pacific War and a moving testament to the futility and loss of conflict.

The 24-meter concrete image of the Goddess of Mercy was built in 1955 to honor the dead of World War II, both Japanese and Allied soldiers. Visitors can enter the body of the statue to see the enshrined Eleven-headed image of Kannon (the Goddess of Mercy).

Within the precincts of Ryozen Kannon is an altar containing soil from every Allied cemetery from the Pacific theater of World War II. 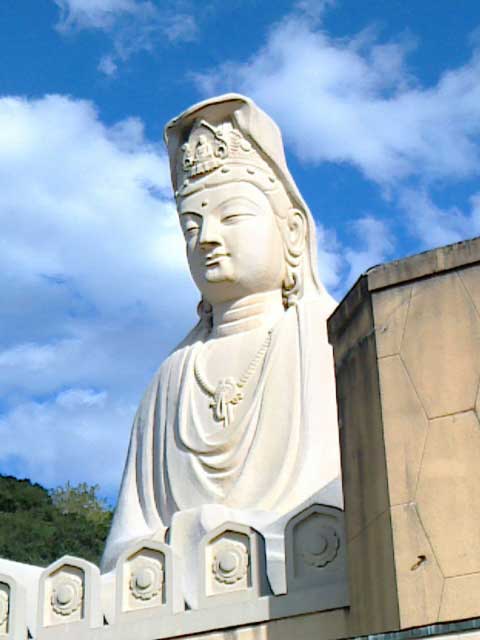 In 1955, ten years after the end of World War II, a Japanese construction company built this impressive 24m-tall statue as a memorial to the events fresh in the minds of many Japanese, who had suffered so much in the preceding years.

After paying the 200 yen entrance fee, visitors can place a stick of incense (given them at the entrance) in a large pot just beyond a reflecting pool of water.

There is also an image of a recumbent Buddha and a large, 1.5m tall image of the Buddha on a lotus throne. The garden area of the temple includes other Buddhist statues and a memorial Buddhist footprint. The main image of Kannon can also be entered.

In a Christian-style chapel in the north east of the grounds are library-style drawers containing files of the names of the Allied soldiers and prisoners of War (POWs) who died in World War II in terroritory under the control of the Japanese military.

Ryozen Kannon can be seen as a monument to peace and a counterpoint to the more nationalist Gokoku Shrine nearby, which celebrates and glorifies those who died in wars fighting for the Japanese Emperor. 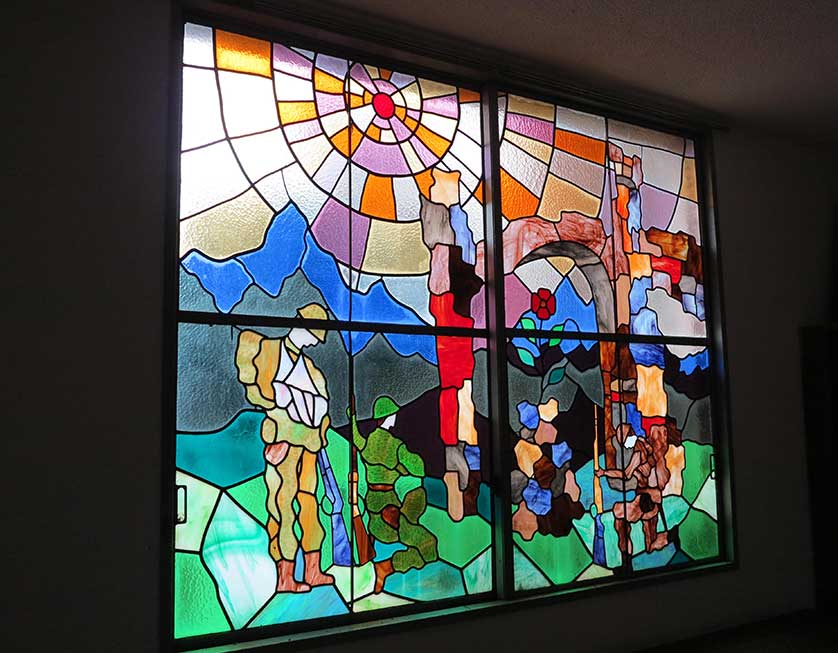 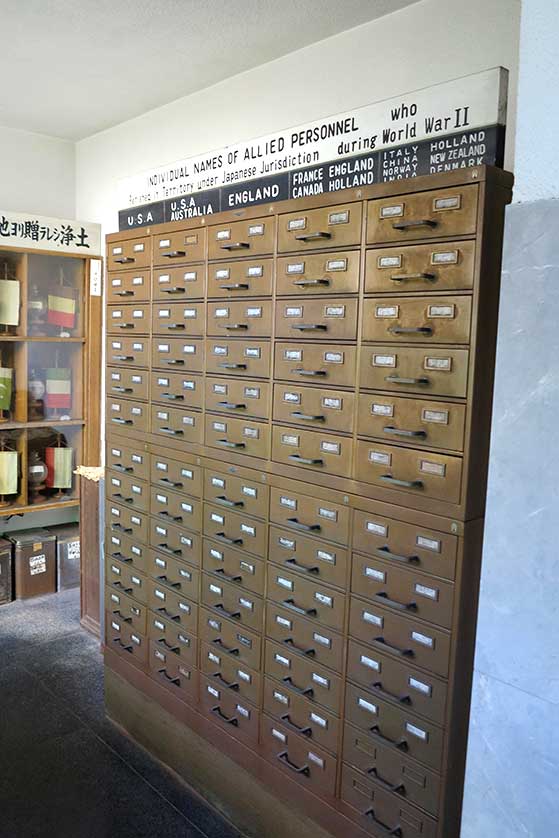 Ryozen Kannon is a 10-15-minute walk from Shijo Keihan Station. From Kyoto Station, take the #206 or #207 bus to the Gion bus stop and walk up the hill.

A visit to Ryozen Kannon can be combined with seeing nearby Maruyama Park, Chionin, Shoren-in, the Ryozen Museum of History, Kodaiji Temple, Gion, and Kiyomizudera. The Okazaki museum district and Heian Shrine with its huge vermillion torii gate are a 20 minute stroll to the north. 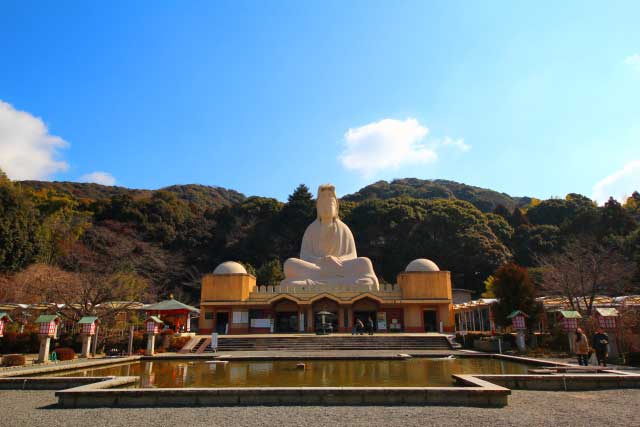 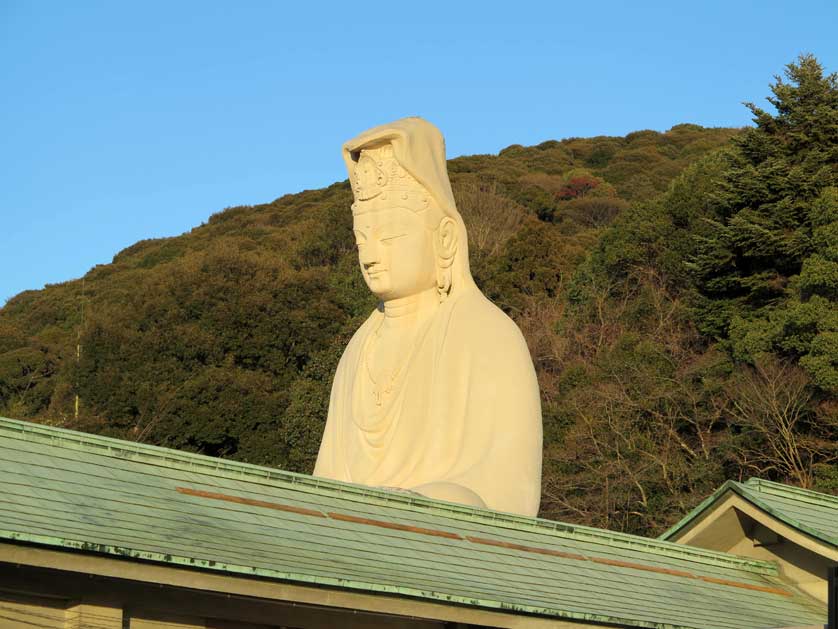 The concrete statue of the Goddess of Mercy, Ryozen Kannon, Kyoto