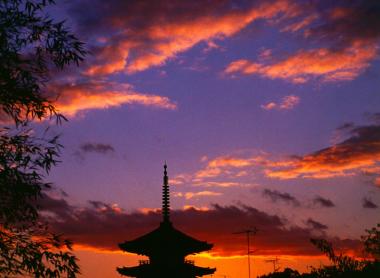 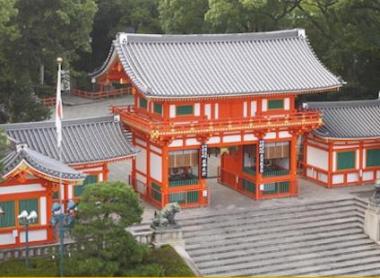 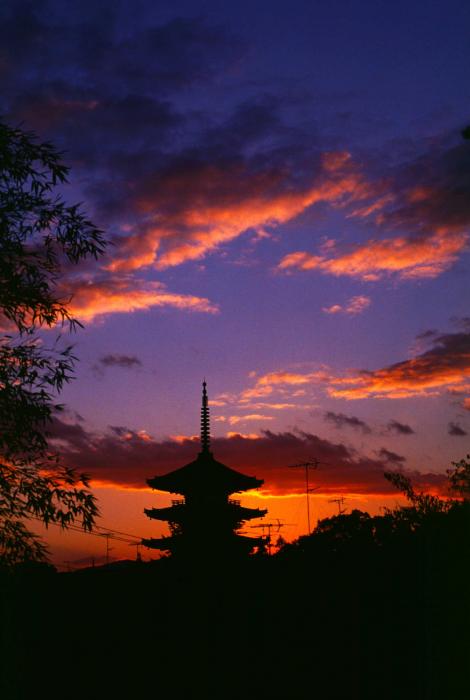 The place of legends

Of modest appearance, Yasaka-jinja still charms with its pale lanterns that warm hearts when evening comes.

The covered stage at the center of the complex, with its curved roof, reminiscent of a tent, could be a theater. All around, lanterns lead the dance. Hanging casually along the torii, the entrance gates, or tossed by the wind against the buildings, they are donations from local merchants who wish for prosperity.

In the air, the sound of bells, rung with a rope by visitors, call Susano, the god of the sea and storms, who according to legend, with his sister Amaterasu, the sun goddess, founded the archipelago. As Yasakajinja is his abode, invoking him is to call upon his good grace or to honor the history of his land. Also known as the "sanctuary of Gion" which gave its name to the district with the same name, Yasakajinja owes its fame to the Gion Matsuri, which takes place every year in July and brings festivities to the whole town.

After a pleasant walk at Maruyamakoen, before starting the ascent of Chionin, this serene sanctuary, which is a Shinto island drowned amid Buddhist temples, soothes the soul and delights the mind.