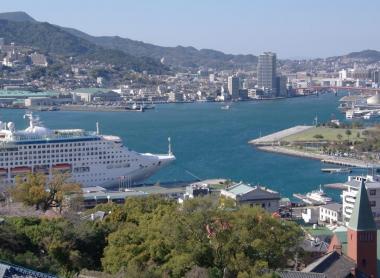 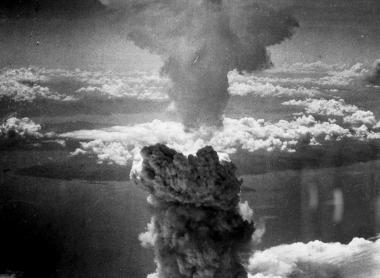 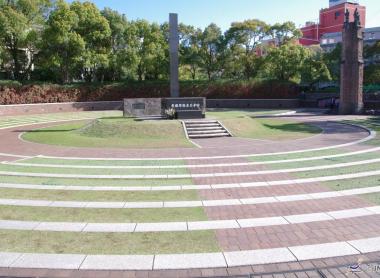 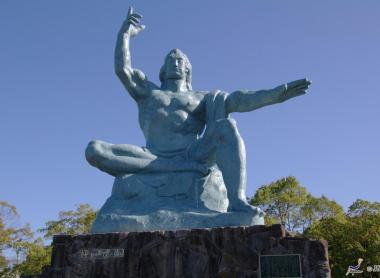 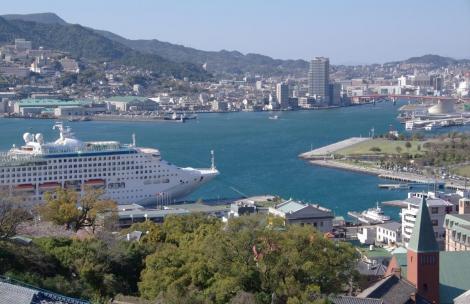 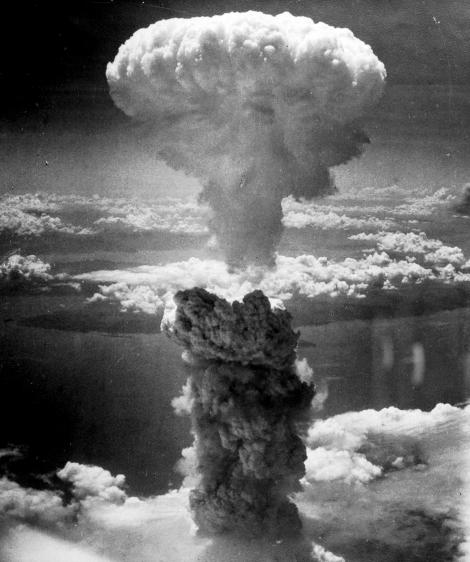 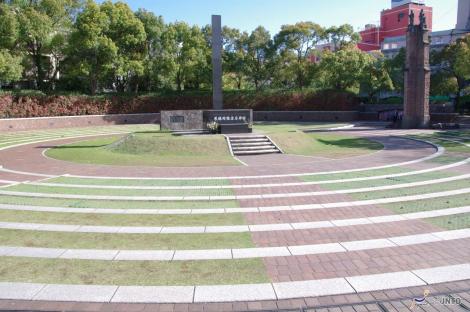 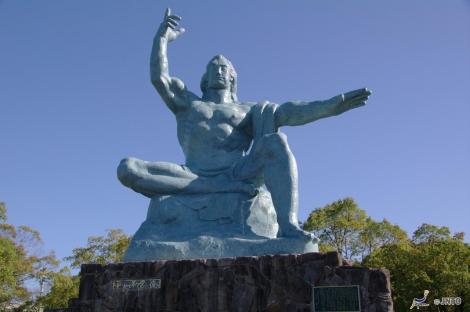 70 years ago this year, Nagasaki tragically witnessed the second nuclear explosion in the history of mankind. Today, just like Hiroshima, Nagasaki features a park promoting peace and a nuclear-free world.

Located northwest of the island of Kyushu, Nagasaki is - since its founding in the 16th century - an important port and a high place of exchange with foreign countries. For over two centuries in the Edo era, the archipelago is completely closed (sakoku period) and the artificial island of Dejima at the entrance to the city was one of the unique points of contact and trade between Tokugawa Japan and some privileged countries (Netherlands, China, Korea).

Nagasaki is a city with a strong terrain reliefs. It is built along the Urakami River (浦 上 川) between a dugout narrow plain the surrounded by hills before joining the sea of Japan.

The Nagasaki Peace Park (平和 公園, heiwa-Koen) was established in 1955 near the hypocenter of the explosion. It is situated near the museum of the atomic bomb, north of the historic city. Raised, the park offers an airy view and allows the observation of the city below. The displaced remains of - the once - imposing Urakami cathedral (then largest Christian building in East Asia) are still visible.

The Statue of Peace

Here it is impossible to divert your gaze from the imposing statue of peace. At a height of 10 meters, its imposing stature commands in the north end of the park. The statue was created by the artist Kitamura Seibo. It depicts a man in a rather original position. His right arm is raised to the sky, his hand pointing to the threat of nuclear weapons. The left arm is stretched parallel to the ground, representing eternal peace. Sitting, the right leg is folded in a lotus position, while the left has a foot on the ground. A posture affirming both the idea of ​​meditation and action. Finally, his face is soft, touched by grace, and gently closed eyes offer a prayer for the victims of the tragedy.

Like Nagasaki, the statue of peace is a mix between art, religion and thoughts from these two influences.

Although not hugely popular at its inauguration, the statue was finally adopted by its inhabitants and is now even a figure symbol of the city and its anti-nuclear activism.