Yashima-ji Temple is a Shingon-sect temple on the top of the Yashima plateau near Takamatsu on Shikoku.

Yashima-ji Temple is a branch of Ninna-ji Temple in western Kyoto and is temple No. 84 on the Shikoku 88 temple pilgrimage. 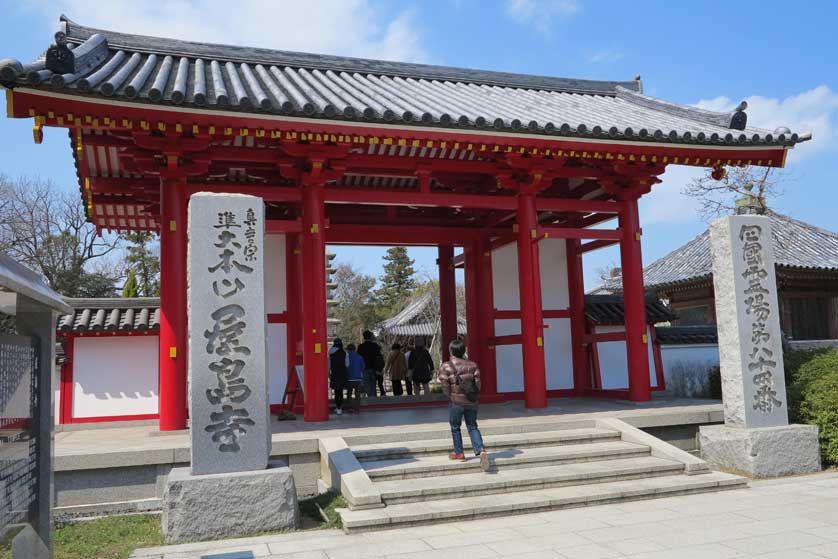 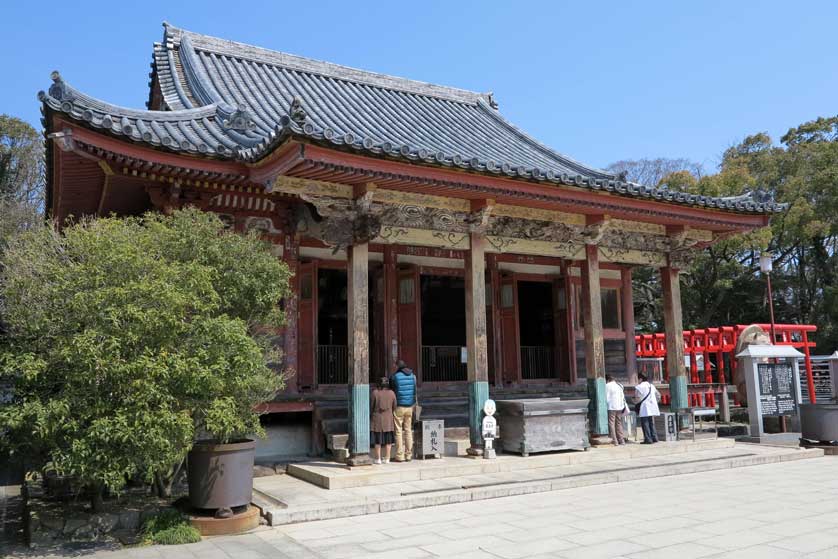 Yashima-ji is believed to have been founded by the Chinese monk, Ganjin in 754 during the Nara Period of Japanese history. Later the temple was converted to Shingon Buddhism by Kobo Daishi in 815 and moved to its present location on the south side of the Yashima plateau. Kobo Daishi is also believed to have carved a Thousand Armed Kannon (Avalokiteshvara) to be the main image of the temple.

Yashima-ji Temple is also associated with the Battle of Yashima which was fought between the Minamoto and Taira clans in 1185. The Taira were defeated in the naval battle and, finally and conclusively, again at Dan-no-ura, a month later, off the coast of Shimonoseki.

The distinctive Treasure House at Yashima-ji contains relics of the battle as well as priceless temple treasures such byobu folding screens, calligraphy scrolls and Buddhist images.

The temple grounds also contain large, stone images of Minoyama Daimyojin, a rascally tanuki (raccoon dog) that is able to change shape and assume other forms.

There are legends of the tanuki meeting Kobo Daishi in the shape of an old man and of taking part in the Sino-Japanese War (1894-1895) and Russo-Japanese War (1904-1905). Now the portly, large-testicled Minoyama Daimyojin is a demi-god who bestows good fortune on married couples and mizushobai enterprises - night-time entertainment businesses. 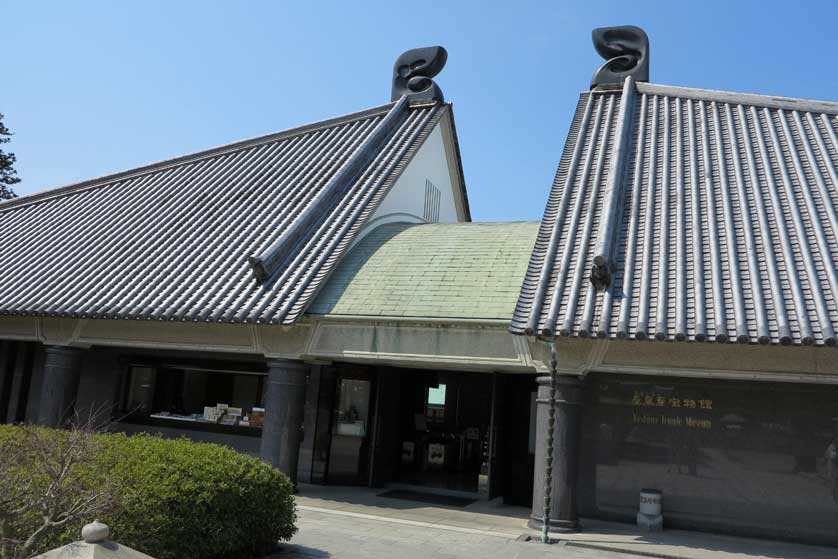 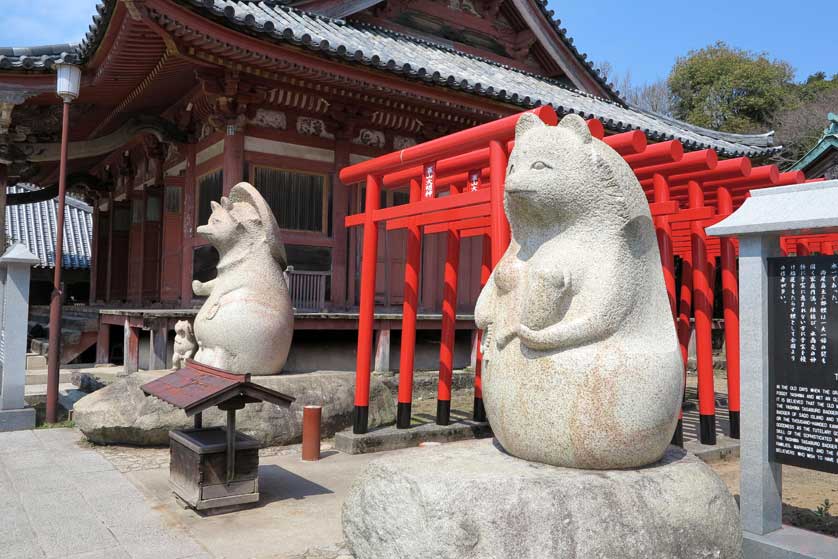 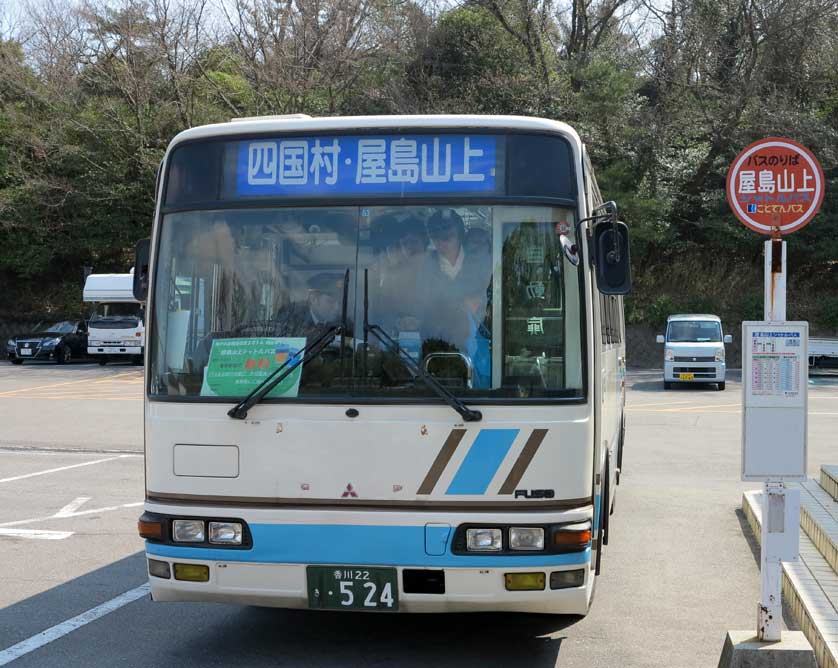 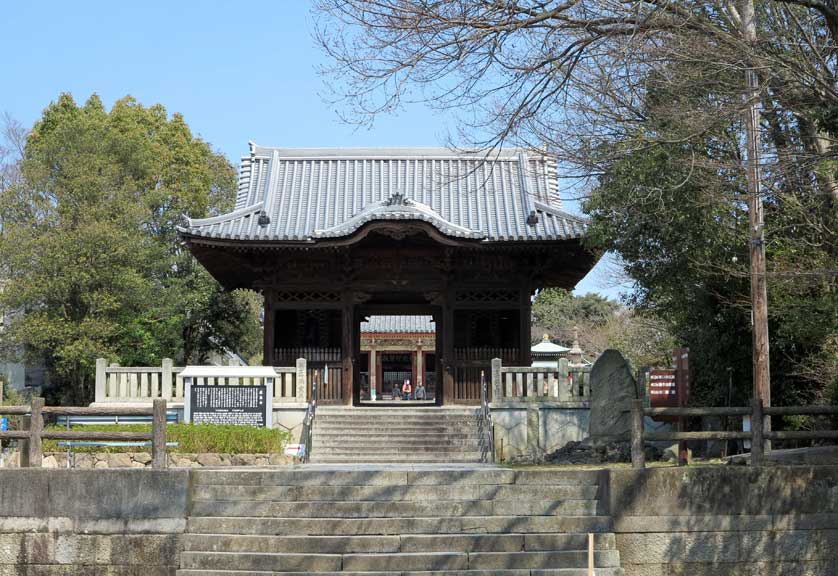