Kannonji Temple is the sixteenth temple on the 88 Temple Shikoku Pilgrimage around Shikoku that honors Kobo Daishi. It is one of a cluster of five temples located in the suburbs of Tokushima city that can easily be visited together in a half day. It is only 1.7 kilometers from the previous temple, Kokubunji, and 76 kilometers from the start of the pilgrimage. There is a second temple on the pilgrimage named Kannonji, number 69 in Kagawa. 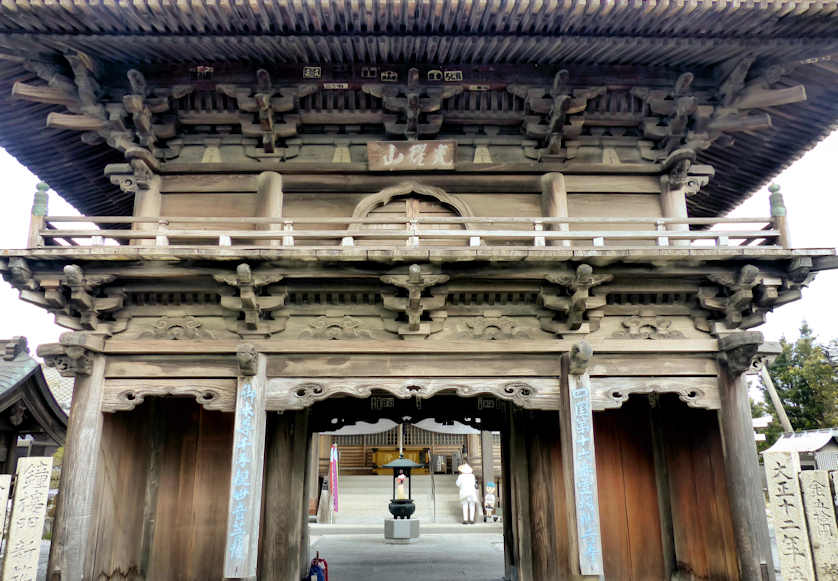 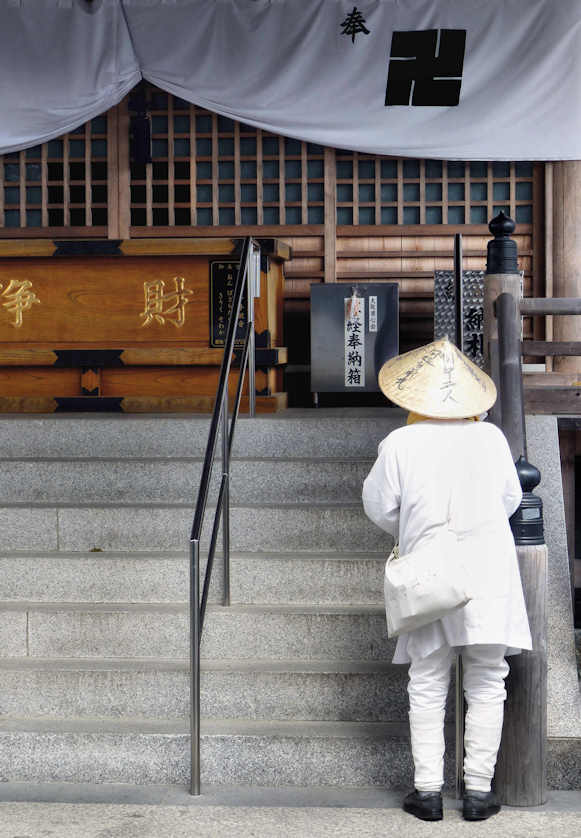 A lone pilgrim prays at Kannonji Temple, the 16th of the 88 temples of the famous Henro pilgrimage

The honzon of the temple is a Senjyu Kannon, a Thousand-Armed Kannon, and is said to be carved by Kobo Daishi.

Some sources claim he founded the temple in 816, but other sources say it was founded earlier in 741. Now in an urban area, the grounds of the temple are not very large, but as well as the main hall and the Daishi Hall there is an impressive bell tower gate and a small shrine within the compound and another just outside. Kannonji Temple is noted for a painting of a woman surrounded by flames. The story is that in the 19th century a female pilgrim by the name of Shiyo was drying her clothes next to a fire and she caught on fire. She was saved but realized she was being punished for beating her mother in her youth with burning sticks. There is also a popular statue of a Yonaki Jizo who helps quiet babies who cry in the night. 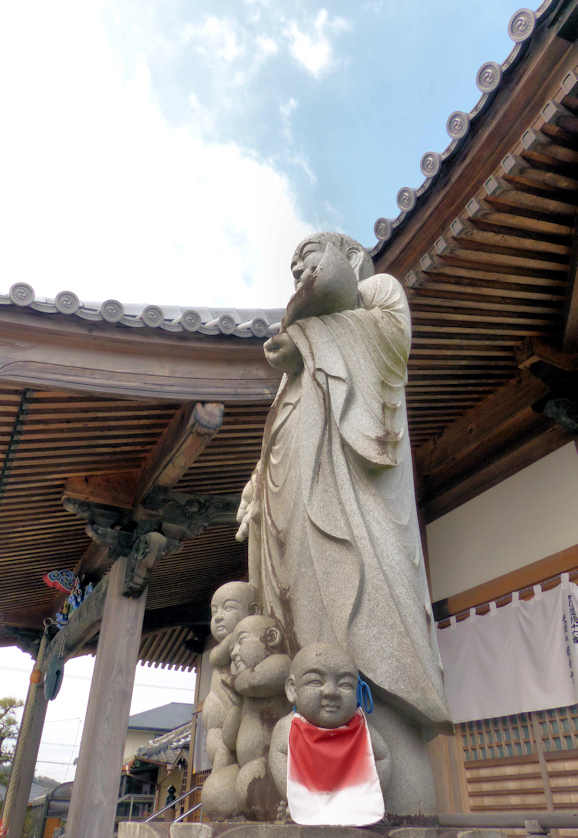 Statue of Yonaki Jizo, known for calming babies who frequently cry during the night, Shikoku 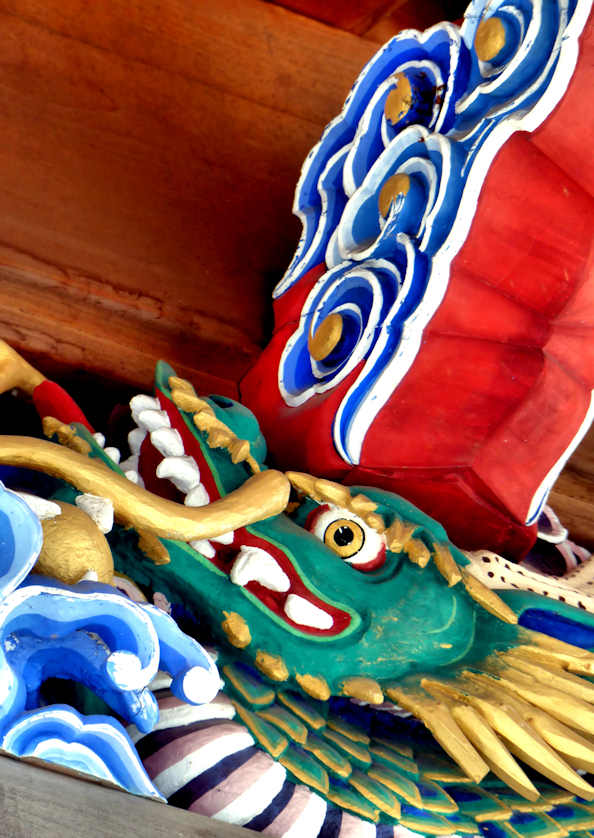 Restored relief carving on the main hall of Kannonji Temple