Read about the Tokyo Metro Government Buildings, or Tocho, in Tokyo's Shinjuku ward, the seat of the Tokyo Governor. 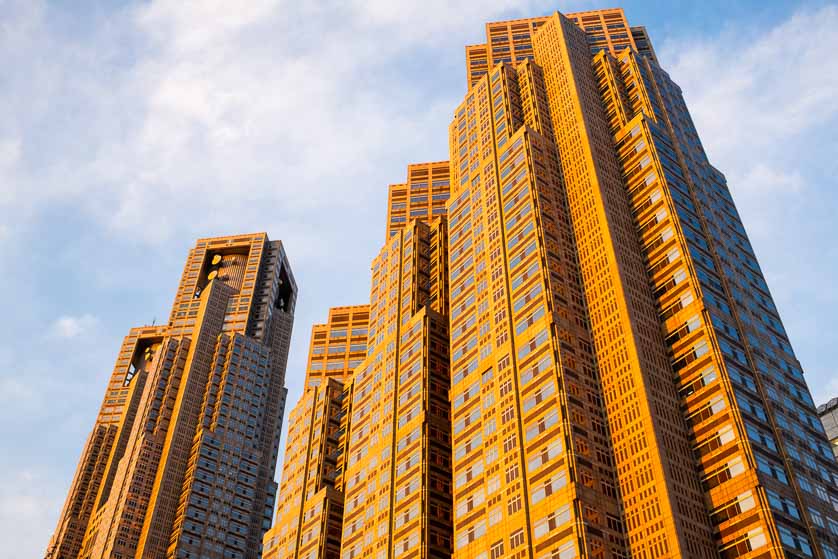 The top floors of Tocho are open to the public as observation points for a panoramic view of the whole of Tokyo, the Kanto plain beyond, and even Mt. Fuji on clear days. 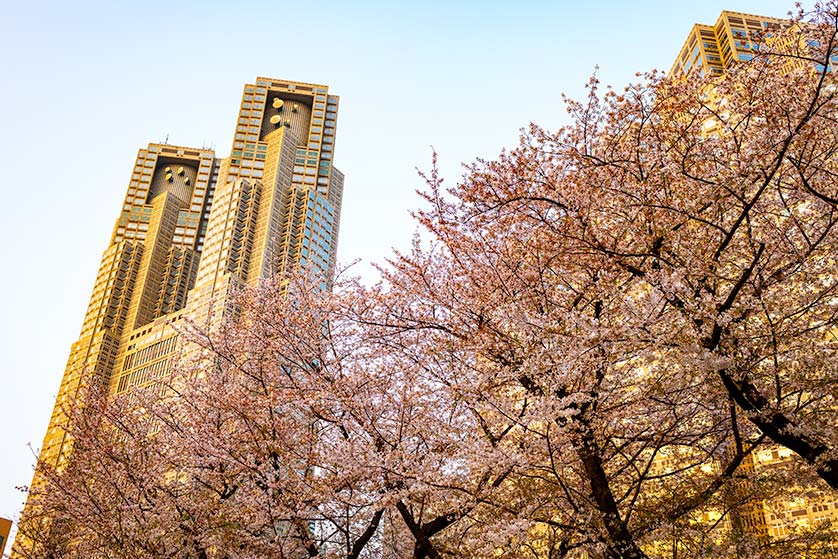 Construction of Tocho began in April 1988 and was completed in December 1991 at a cost the equivalent of over US1 billion, making it a major monument of Japan's bubble economy, which began to burst at the time of Tocho's completion.

Until Tocho was built, the Tokyo metropolitan government was located in the Marunouchi district east of the Imperial Palace. However, by the 1970s, problems such as the aging of buildings, and lack and fragmentation of space, led to demands for a new headquarters. Then Governor of Tokyo, Junichi Suzuki, first proposed moving the seat of metropolitan government to Shinjuku, which had already been designated a "metropolitan sub-center," or fukutoshin, in 1958. The proposal was formally resolved on in 1985, work began on Tocho in April 1988 and was completed in December 1990.

Moving the metropolitan government from Marunouchi to Shinjuku was a somewhat radical move. The Imperial Palace is the main magnet of wealth, power and status in Tokyo. Marunouchi, just east of the Palace, is a major center of corporate power; Ginza, south-east of the Palace is Tokyo's most prestigious shopping district; and Kumagaseki and Nagatacho, south and south-west of the Palace, are the seat of the Japanese government. So moving the metropolitan government 4 miles (almost 6.5km) west to the commercial downtown hubbub of Shinjuku was unprecedented.

However, the move was recognition of Shinjuku's growing importance and, perhaps more significantly, of west Shinjuku's geological credentials. The 1923 Tokyo Earthquake established the present skyscraper disctrict of west Shinjuku as a safe place to build, as buildings there were largely unscathed.

Tocho was designed by the Japanese architect Kenzo Tange and is said to have been inspired by the Notre Dame in Paris. Compared with the sparer lines of most of the skyscrapers that surround it, cathedral-like magnificence is apparent in the complexity of its structure and surfaces, and its grandiose scope. 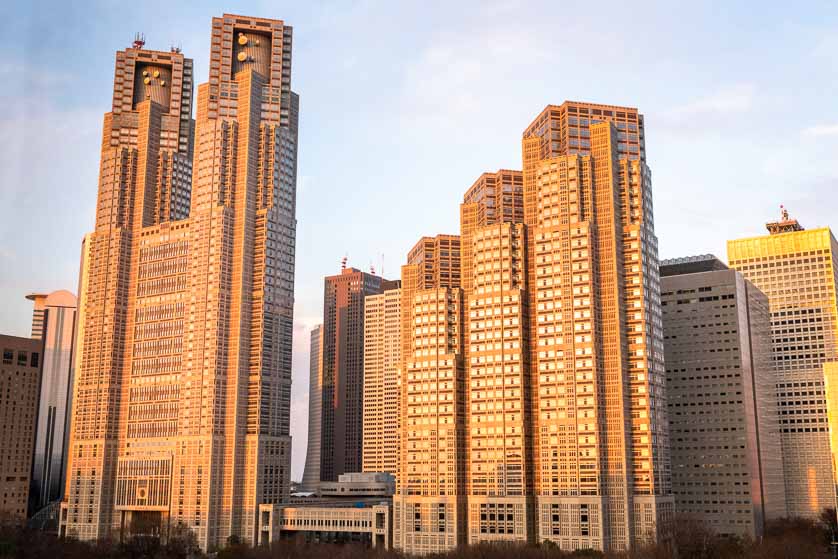 The Tocho complex incorporates the:

Both the North and South Towers of Tokyo Metropolitan Main Building No.1 have an observation deck on the 45th floor (at 202m, or 663 feet), each offering a different view.

Tocho is therefore an ideal spot from which to get a panorama of the Tokyo metropolis and beyond. On a clear day you can even see Mt. Fuji.

The observation decks have photographs above each window identifying the main sights, and multi-lingual audio guides are also available. They both have a cafe and the North Tower observatory has a souvenir shop.

The North Tower of Main Building No.1 has a Tourist Information Center on the ground floor, packed with useful guides to, and maps of, Tokyo in numerous languages including English.

Tocho also contains the Tokyo Metropolitan Government Foreign Residents' Advisory Center on the 3rd floor of the Main Building No.1. 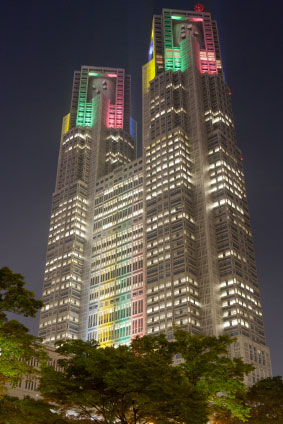 North Tower Observatory open 9:30a.m.-11:00p.m. Closed on the 2nd and 4th Monday of each month.
South Tower Observatory open 9:30a.m.-5:30p.m (or until 11pm when North Observatory closed.) Closed on the 1st and 3rd Tuesday of each month.
The scheduled day off is postponed to the next day if it falls on a national holidays.
Closed December 29 and 31, and January 2 and 3, as well as on occasional building inspection days.
Last admittance is 30 minutes before closing time. Entry is free.There is a security check before boarding the ground floor elevator. 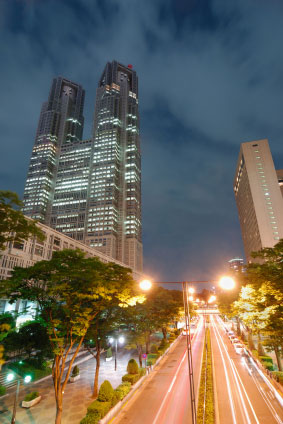