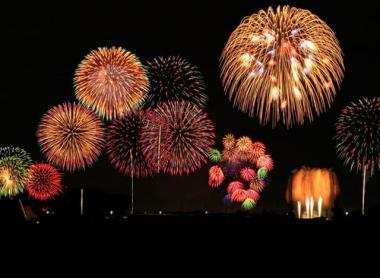 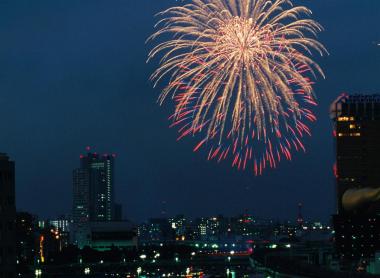 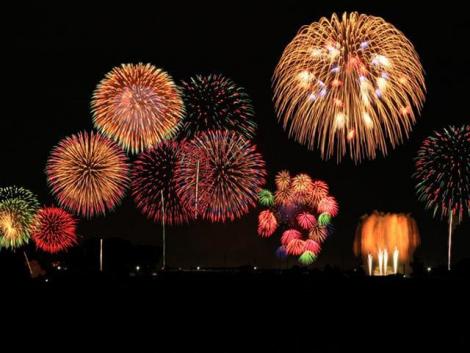 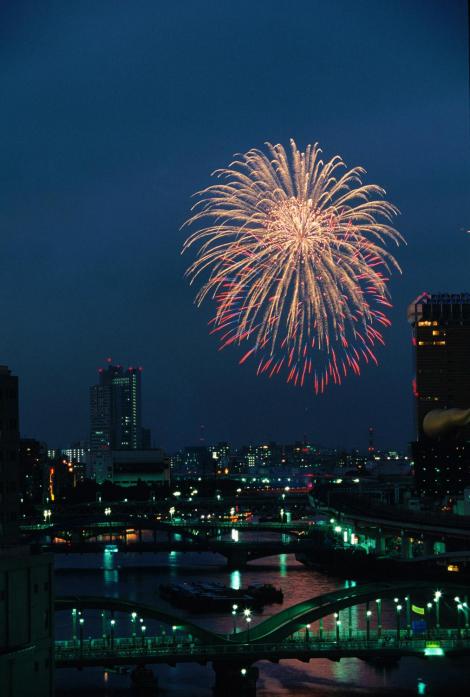 The Sumida Festival illuminates the Tokyo sky. Big summer event in the capital, the fireworks over the Sumida River are held on the last weekend of July.

Each year, more and more rockets are fired into the sky over Tokyo. In 2012, no less than twenty thousand, spread over two different launch sites lit up the Sumidagawa. A good opportunity to mingle with Tokyoites come to enjoy, once the summer temperature has gone down, a very symbolic event as the fireworks (hanabi in Japanese) are supposed to give hope and moral to the population.

Inaugurated in the seventeenth century during the Edo period (1603-1867), the fireworks were meant to appease the souls of the dead and chase away the scourges that could fall on the city. Following the urban transformation of Tokyo, the festival was suspended to be reborn in 1978 under the name Sumida Hanabi Taikai.

The banks of the river remain the ideal place to watch the show, from 7 p.m. to 8:30 p.m.. The pyrotechnists of the first site launch their fireworks between Sakurabashi Bridge and Kototoibashi Bridge; the second site launches another thousand rockets, lighting up the sky around Komagatabashi Bridge.

Helicopter flight over Tokyo Selection of the moment

Tokyo Discovery, Half Day Selection of the moment

Tokyo Architectour Selection of the moment