Scai the Bathhouse has been an art presence in Yanaka since 1993, but is unique in having been a part of the Yanaka landscape for many decades before that. 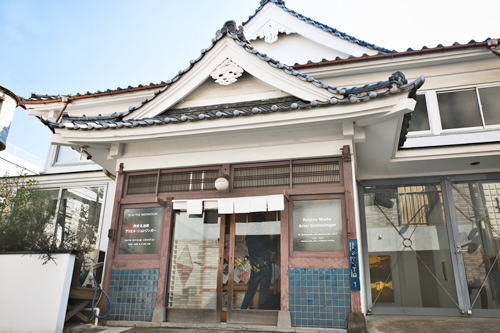 Tokyo's Yanaka district in Taito ward is one of Tokyo's most charming districts in the sense of harking back to how Tokyo looked and felt a generation ago. Not far away is Ueno Park with its concentration of museums. One place that should be on your to-do list is Scai the Bathhouse. Scai the Bathhouse has been an art presence in Yanaka since 1993, but is unique in having been a part of the Yanaka landscape for many decades before that as ... yes, you guessed it ... a bathhouse, called Kashiwayu. 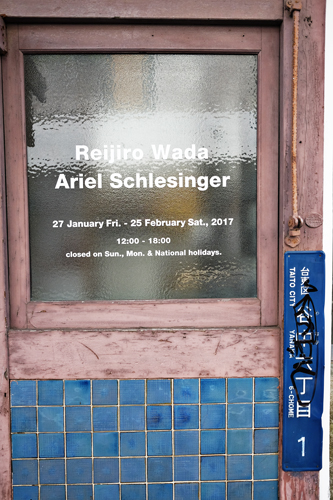 Scai the Bathhouse is a tiny art gallery that pulls a punch much bigger than its size and quaintness might suggest. Scai was one of the first galleries to exhibit what today are giants in the chronicles of modern Japanese art, such as Tananori Yokoh and Lee Ufan. Many overseas artists, too, have found a foothold in the Japanese art world thanks to the Scai gallery. 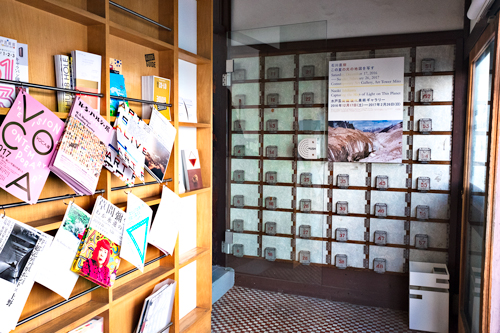 We dropped in to Scai last Saturday (they're closed on Sunday & Monday), and took in an exhibition by Reijiro Wada and Ariel Schlesinger - illustrating nicely the multinational role Scai plays. Looking at the front of the building, and even stepping in through the front, you'd be forgiven for thinking that you were actually making your way into a sento (i.e., traditional bathhouse), as the original architecture of the façade and entrance hall, complete with lockers, has been faithfully preserved. 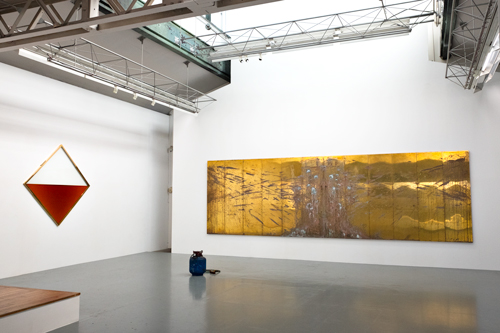 It is only when you go further into the gallery itself that most traces of Scai's (literally) steamy past evaporate, and you find yourself in a big, high-ceilinged, naturally lit exhibition room. The typical artworks exhibited at here require space, being abstract pieces that are only enhanced by being blanketed in a bit of void, or installations that are simply too big to display in anything but a cavernous setting. Yet, the intimacy of Scai the Bathhouse makes it the ideal place to get nice and close, not only to the art, but the staff there, too, and, on occasions, the artists. See what's on now at the gallery.

Scai the Bathhouse is open Tuesday to Saturday, noon to 6 pm. Scai is accessible from either JR Nippori Station on the Yamanote Line or Nezu Subway Station. Kashiwayu-Ato, 6-1-23 Yanaka, Taito-ku, Tokyo 110-0001 Japan Just down the road is the Asahi-yu bathhouse - another venerable bathhouse or sento (public bath), but one that still operates as a bathhouse.