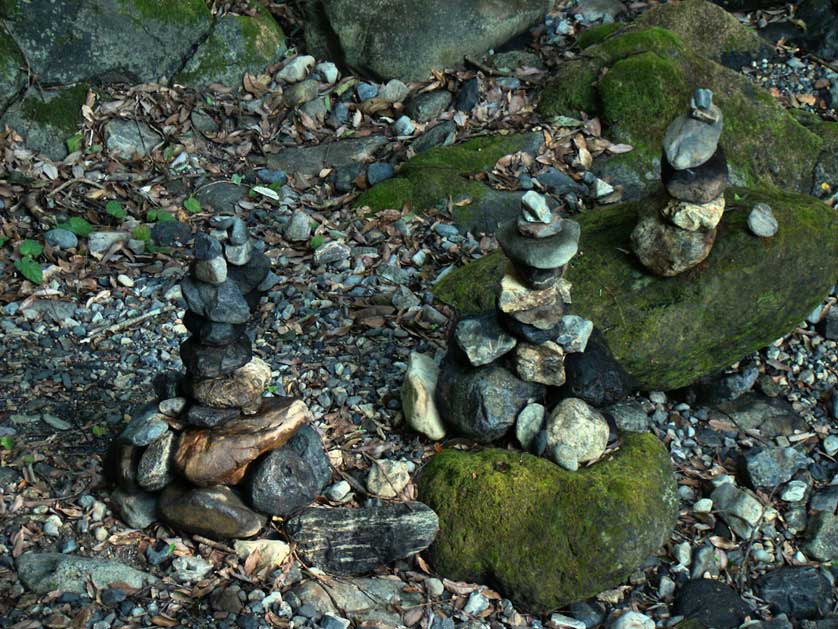 Ama no Iwato Shrine in Takachiho in Miyazaki Prefecture in southern Kyushu is in some senses the spiritual home of Japan.

The shrine's Amano Yasugawara cave is where Japanese mythology has it that the sun goddess Amaterasu hid until found by Tajikarao, who removed a huge rock blocking the entrance, Amaterasu then being enticed out by Ameno-Uzume who performed a bawdy dance - the first kagura.

Amano Iwato-Jinja shrine is split into two parts by the Iwato River. Visitors first enter Nishi Hongu and then walk to Higashi Hongu to see the legendary Amano Yasugawara cave. 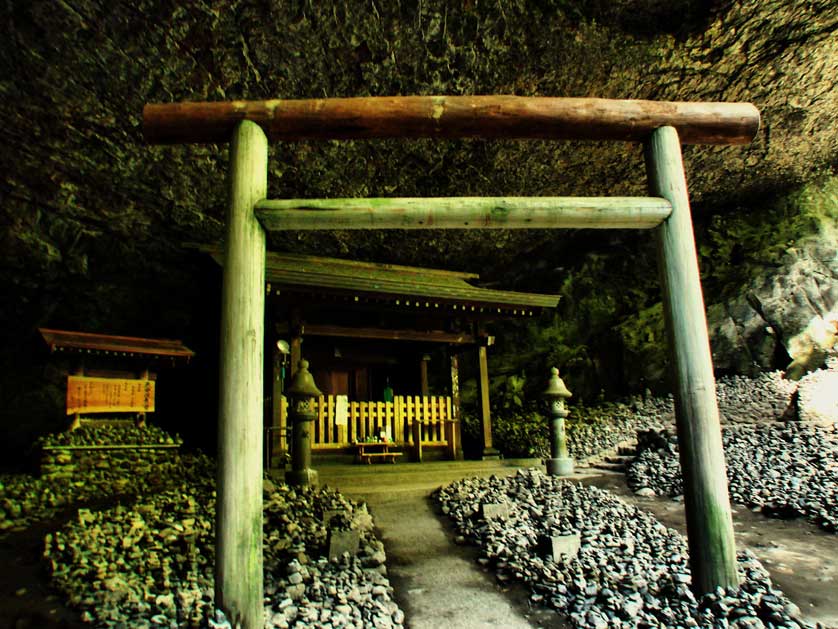 Amano Yasugawara cave is an imposing cavern in a lovely riverside setting. Around it are piles of rocks created by worshippers wishing for good luck.

Belief has it that if you knock over a pile of stones you need to build two to atone for your clumsiness.

Ama no Iwato along with Takachiho Shrine is one of the two most important of the many Shinto shrines in Takachiho. 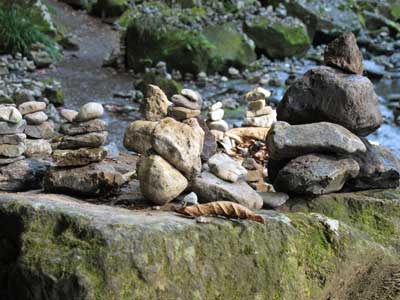 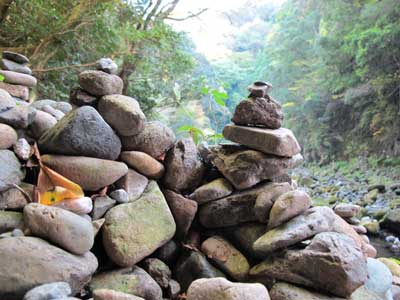 Piles of stones made by worshipers, Amano Yasugawara cave 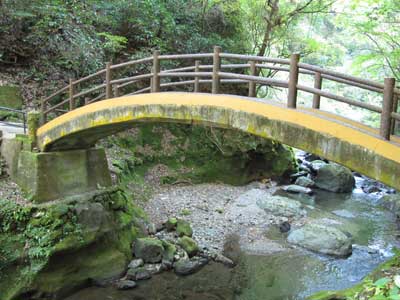 Bridge at Ama no Iwato Shrine 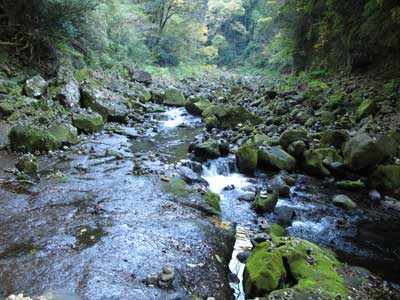 Stream at Ama no Iwato Shrine 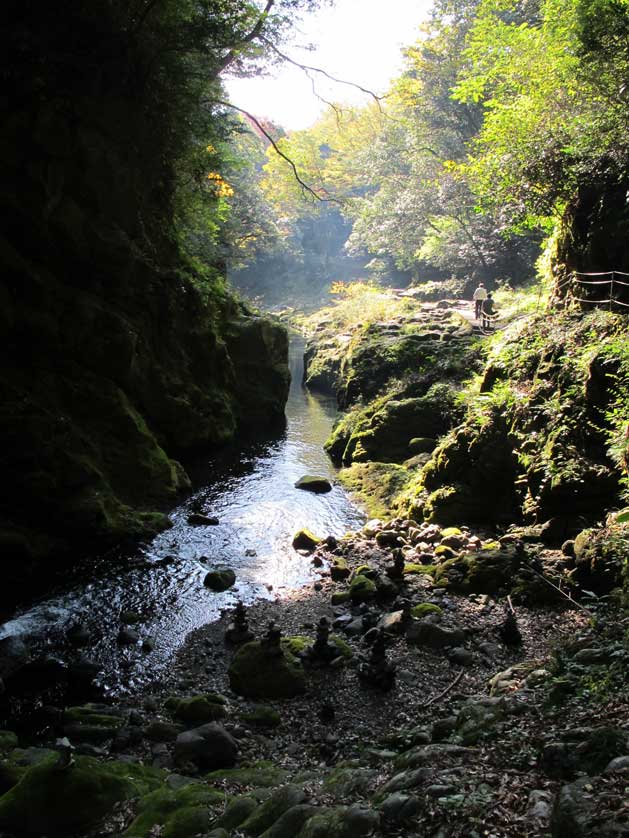 Amano Iwato-Jinja is 8 kilometers out of the town of Takachiho, north-east along National Highway 7.

Kumamoto Airport is the nearest airport and has direct flights to Tokyo, Osaka, Naha and other cities in Japan. The airport is about 50 minutes from downtown Kumamoto by regular bus.

The Takachiho-Nobeoka Line is unfortunately no longer in service after a typhoon in 2005 washed away two bridges of what was once one of Japan's most spectacular railways. Now it is only possible to ride a toy train a few kilometers from Takachiho Station to experience the wonderful views of the surrounding countryside.

Express buses go to Kumamoto (nearly 3 hours), Nobeoka (90 mins) and Takamori (1 hour), which is on the Minami-Aso railway line.

Bicycles can be hired from Shinwa Rental Bicycles at the old station, or you can join a tour bus beginning at Miyako bus station.