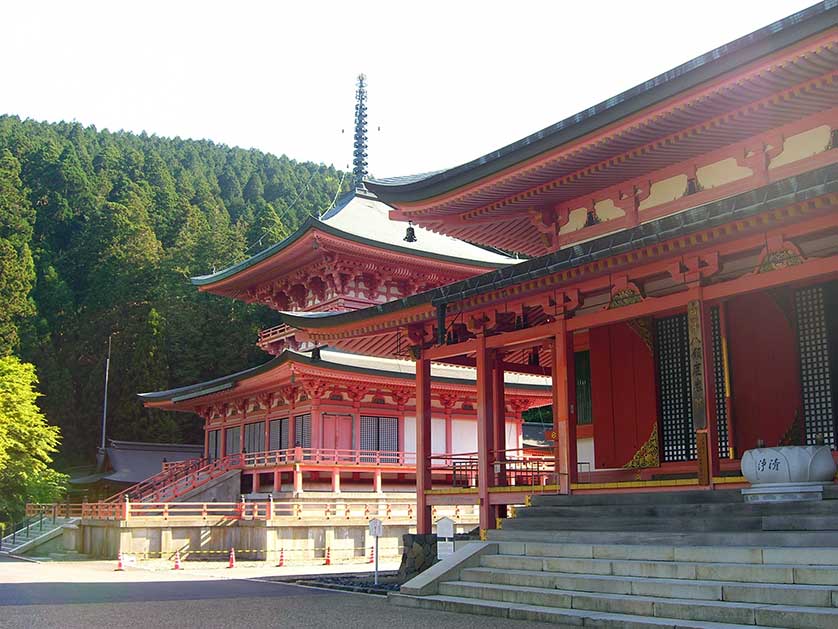 Located on the summit of Mt. Hiei in the north east of Kyoto, Enryakuji Temple was founded in 788 by the young Buddhist monk Saicho (767-822), who was later sanctified as Dengyo Daishi.

Legend has it that Saicho built himself a small hut on the mountain and carved a statue of Yakushi Nyorai (the Buddha of Healing) for a temple he wished to build. After returning from a year of training in China, Saicho completed his temple and founded the new sect of Tendai Buddhism.

Tendai supported rigorous asceticism: severe self-discipline and denial of desires on top of chilly Mt. Hiei. Study of the sutras (sacred texts), especially the Lotus sutra was also central to the new faith. During his time in China, Saicho had also learned something of Esoteric (secretive, magical) Buddhism (known as mikyo in Japanese), and he incorporated some of its mysterious rituals into Tendai, adding to the dramatic appeal of the new sect. Initial practioners of Tendai went on to found other sects such as Jodo (Honen 1133-1212), Jodo Shinshu (Shinran 1173-1263), Rinzai Zen (Eisai 1141-1215) and Nichren Buddhism (Nichiren 1222-1282). 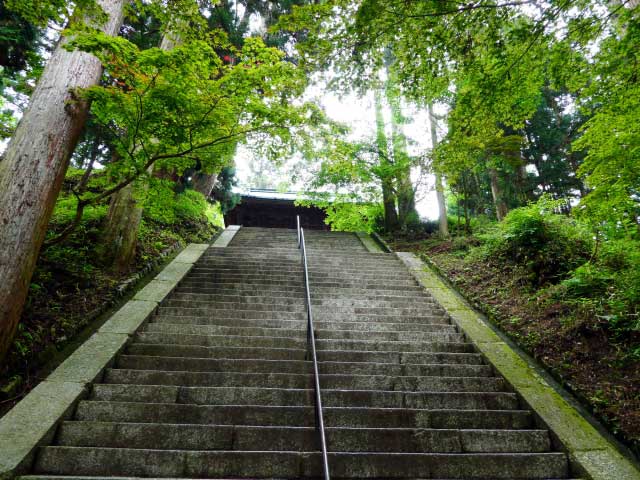 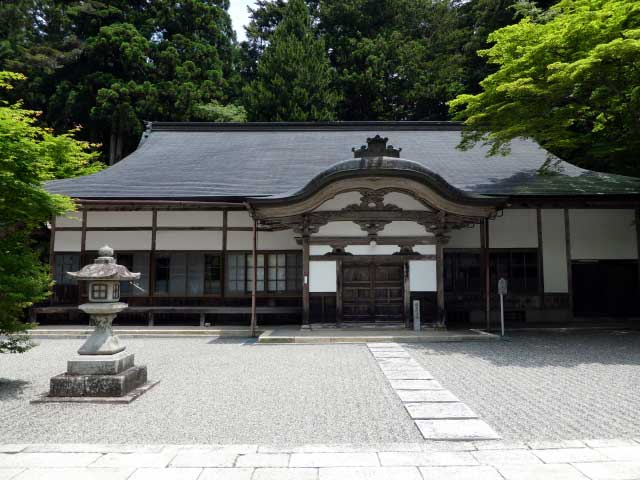 Tendai grew in wealth and prestige under initial imperial favor and Enryakuji expanded into a complex of about 3,000 buildings, with vast tracts of land at its peak. The temple even maintained a standing army of warrior monks, which terrorized their rivals of the Nara sect in Kofukuji and sometimes the inhabitants of Kyoto as well. In 1571, warlord Nobunaga Oda lead a 30,000-strong army from central Japan and slaughtered every man, woman and child in Enryakuji and set fire to the buildings.

Enryakuji was rebuilt after Nobunaga's death and the oldest buildings date from the late sixteenth and early seventeenth century. Enryakuji is divided into three sections: Eastern Pagoda (東塔), Western Pagoda (西塔), and Yokawa. The pagodas are long gone but the name remains. Most of the attractions are in the Eastern Pagoda area. There is also a good museum there, the Kokuhoden Museum, which contains some exquisite statues, scrolls, and mandalas, some dating as far back as the ninth century.

The Daiko-do or Great Lecture Hall is where monks receive their modern-day training and debates on Buddhism are heard.

The Konpon-Chu-do is supposedly the place where Saicho built his first mountain hut and it contains his wooden statue of Yaskushi Nyorai. The Kaidan-in is the temple where graduating monks take their vows.

The large Amida-do Temple was built in 1937 and contains an image of the Amida Buddha. 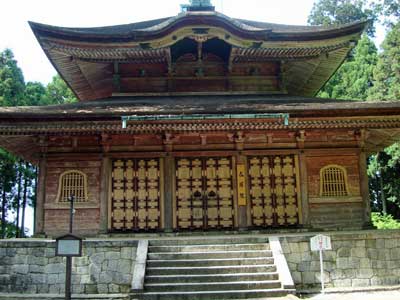 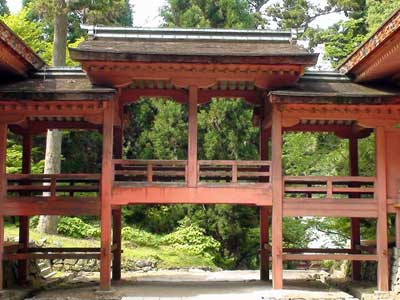 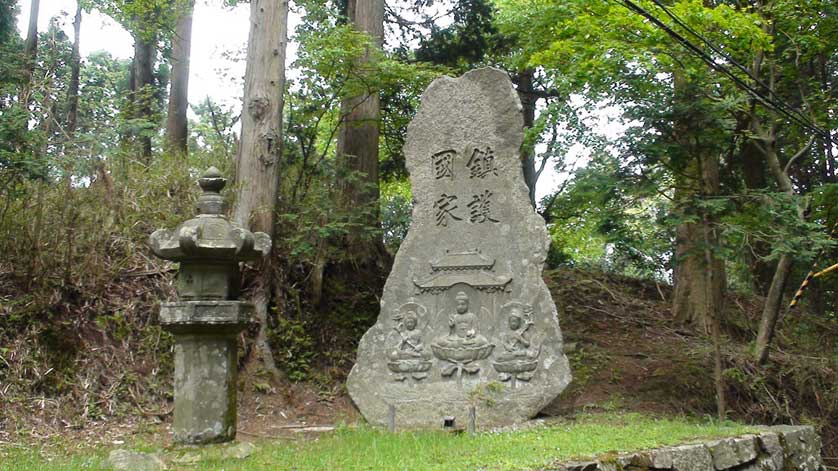 The main structures in the Western Pagoda area are the Shaka-do, which is the oldest building at Enryakuji and contains a standing image of the historic Buddha carved by Saicho. Nobunaga's forces burnt the original but his successor Toyotomi Hideyoshi had another temple, Midera in Otsu, brought up the mountain to replace it.

The Jodo-in, set in a beautiful garden, is the mausoleum of Saicho and cared for by the most advanced adepts of the Tendai sect.

The Ninai-do consists of two identical buildings: the Hokke (Lotus) and Jogyo (Constant Practice) halls. Here meditation and chanting are practiced by the monks in training. Legend has it that Benkei, the warrior-monk, lifted both halls on his shoulders. The only surviving structure from before Nobunaga's assault is the Ruri-do (Lapis Lazuli Hall) in this area.

Four kilometers north of the Western Pagoda Area is Yokawa, the most tranquil and less-visited of the three sites. Buildings of note include the Joko-in, where Nichiren spent 12 years in study, the Chu-do (Central Hall) and the Konpon Nyoho-to, a small pagoda housing a collection of historic sutras. Ganzan Daishido has some interesting painted panels of Buddhist tales. One is of the oni daishi (demon priest) and refers to a handsome priest who attended a cherry blossom party in the Heian Period and was asked to stay on by the court ladies when he wished to return home. The priest turned himself into a fearsome devil so he could take his leave. 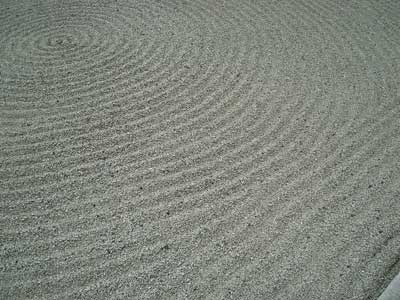 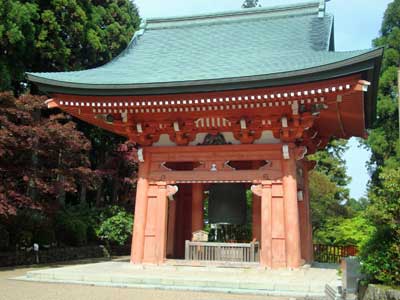 From Demachiyanagi Station in Kyoto take an Eiden Line train to Yase-Hieizanguchi Station, then transfer to the Eizan Cable Car and then the Eizan Ropeway (840 yen one-way). From there it is a 30 minute walk to Enryakuji or take one of the hourly shuttle buses.

Alternatively take a direct bus from Kyoto or Sanjo-Keihan stations or hike up from Shugakuin. The trail begins either near to Sekizanzen-in Temple or follow the stream that runs along the southern edge of Shugakuin Rikyu until you come to a large concrete weir. The trail is signposted on your left.

The walk from the Eastern to Western Pagoda areas takes about 30 minutes or less. 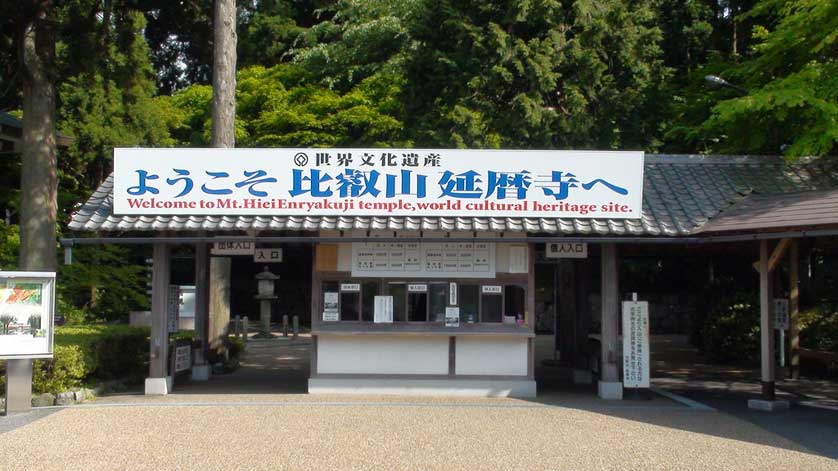