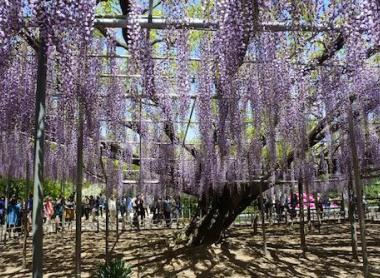 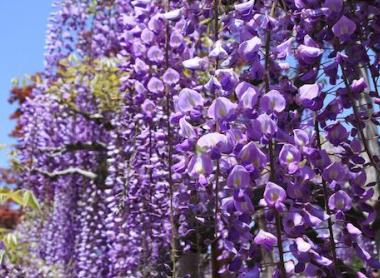 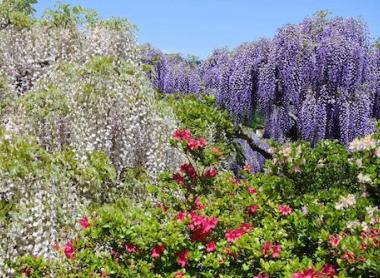 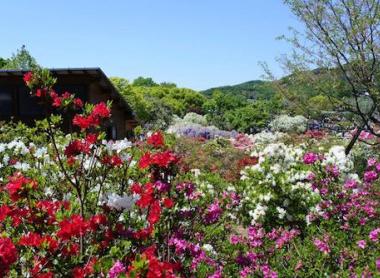 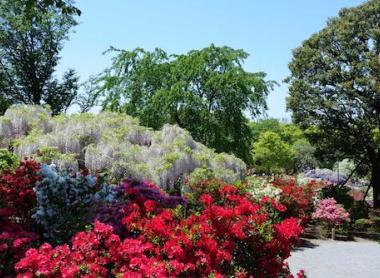 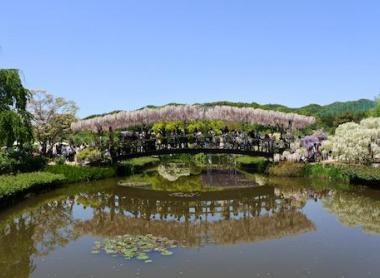 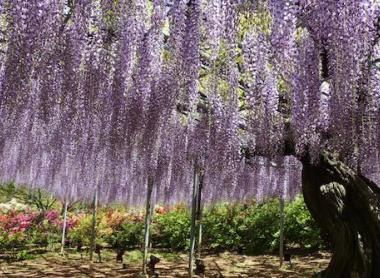 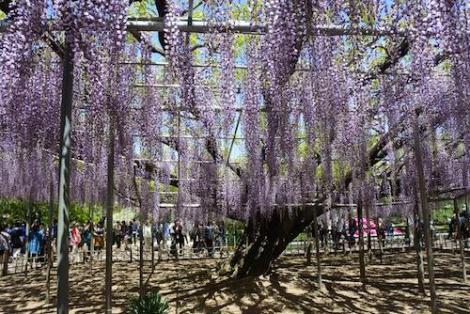 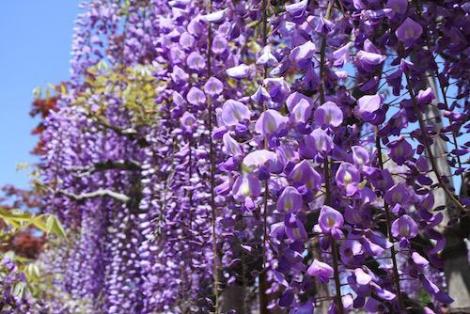 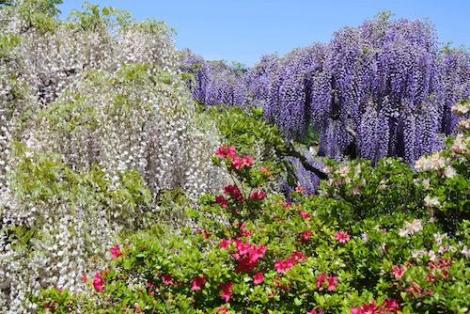 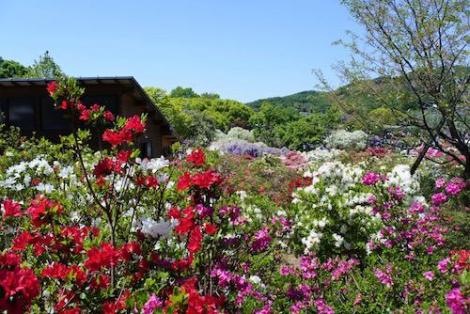 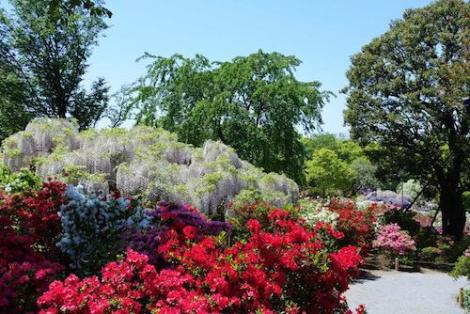 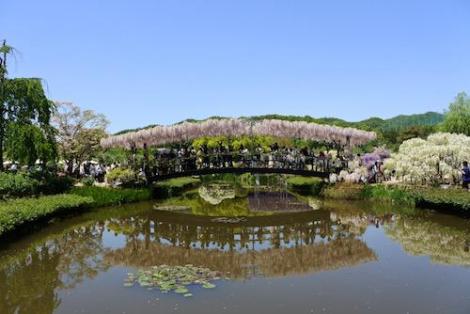 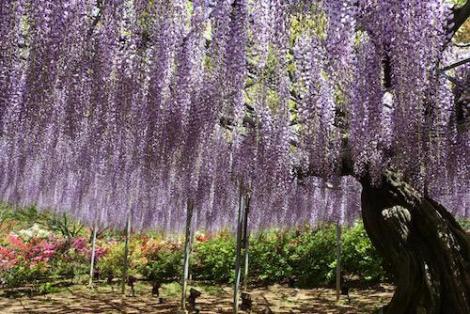 The wisteria is a very popular flower in Japan, with its large clusters of colorful flowers that bloom in the spring. Many of the trees are protected and celebrated in the country, and the Japanese happily journey to admire the cascades of purple, pink or white flowers. While difficult to find in central Tokyo, it's possible to see them at Ashikaga Park, one of the most beautiful flower parks in the region, which has dozens.

Located less than 2 hours from central Tokyo, Ashikaga Flower Park is a good opportunity to get away from the city: be careful though, if you go in the spring to admire the flowering wisteria, you won't be the only ones to have had the idea! There's a good chance that many Japanese and Chinese tourists will be there at the same time as you. In May, after the beautiful cherry blossom season , it's the wisteria's turn to bloom. To ensure visitor come to the park while the wisteria flowering, photos are regularly updated on the park's website.

To the delight of flower lovers, the different varieties of wisteria bloom in April and in May: first the white, then the pale pink, then the violets and finally the yellow flowers. So it's possible to admire the blooms for several weeks in a row! The wisteria are highlighted as the main attraction of the park: bridges of pink wisteria, purple ceilings that extend for tens of square meters, half-spheres covered in flowers, visitors can observe the beauty of the flowers in many ways. It's also a key place for thematic photo enthusiasts: one of the favorite activities in Ashikaga Park is to enjoy a wisteria-style ice cream, while gazing at the colorful trees in bloom.

A garden, and a work of art

The fact that gardeners are artists is never more evident than in this vast garden. The art of arranging flowers and admiring them is an integral part of Japanese culture, as evidenced by the many parks and gardens in the country. Indeed, Ashikaga Park isn't only a wisteria park: around the methodically arranged trees, thousands of other flowers bloom, enveloping the wisteria in an incredible multicolored setting. Between azaleas, petunias, carnations and other flowers, it's hard to imagine a better variety of flowers in one place. While the arrangement of the flowers may seem a little artificial, this is quickly forgotten when you consider the work and maintenance that such a garden requires.

A history of seasons

Like other gardens in Japan, Ashikaga Park is designed in such a way that it reveals different aspects in each season: after the flowering of the wisteria, it's then the water lilies that start to flower, then the tropical plants. So from season to season, the garden changes its colors and appearance. In the gardens of Ashikaga, there aren't four, but eight "floral seasons"! The park offers a "festival of spring flowers" with tulips in March-April, then the "tale of the wisteria" in May, the "rainbow garden" with the blooming roses and clematis in the following months... and so on until the winter.

$43 per person
Discover all our activities in Nikko (151)

Nikkô is very famous for its Tôshô-gu temple, but it is above all a very vast mountainous natural area, with multiple hiking trails. Ideal destination for a one or two day excursion near Tokyo.

In Nikko, not far from the famous temple complexes and shrines is the Tamozawa Imperial Villa and its park.