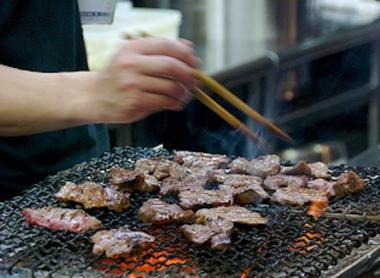 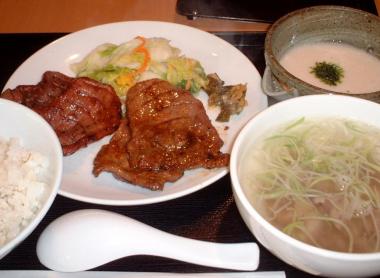 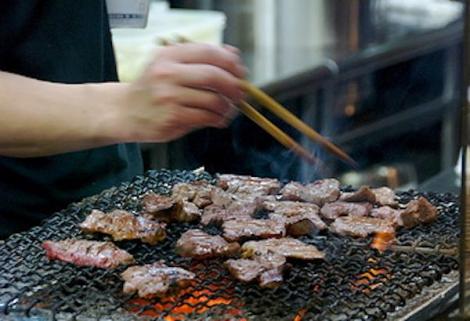 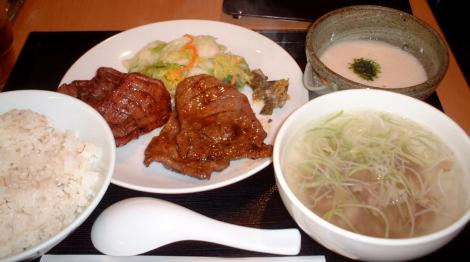 In 1948, in bitter defeat, Sendai was occupied and rationed like many Japanese towns. The American army requisitioned the cows from local farms to feed its troops, but a cook, Keishiro Sano, noticed that they left the tongues ​​and tails, while the city was struggling to feed itself...

The gyûtan was born in his kitchen, a salted beef tongue grilled on a wood fire (it was called tanshio or "salted tongue"), accompanied by a bowl of mugi-gohan (rice + barley) and an oxtail soup.

65 years later, Mr. Sano's little restaurant has not changed, well almost. Twelve seats at the tables, and as many at the counter, and a picture of the inventor of the official dish of Sendai hands on the wall. Today it is his son who runs the kitchen, and Tasuke is still the best address in town.

To sample gyûtan, you can also go to Sendai Station (on the 3rd floor, a hallway lined with restaurants named Gyûtan dori, "gyûtan street"), you will find the restaurant Kisuke , and the Gyûtan Date no chain.