Sarusawa-ike (Sarusawa Pond) is a tranquil lake in the center of Nara with views of the five-story pagoda of Kofukuji Temple, which reflects in the water when the pagoda is illuminated at night. 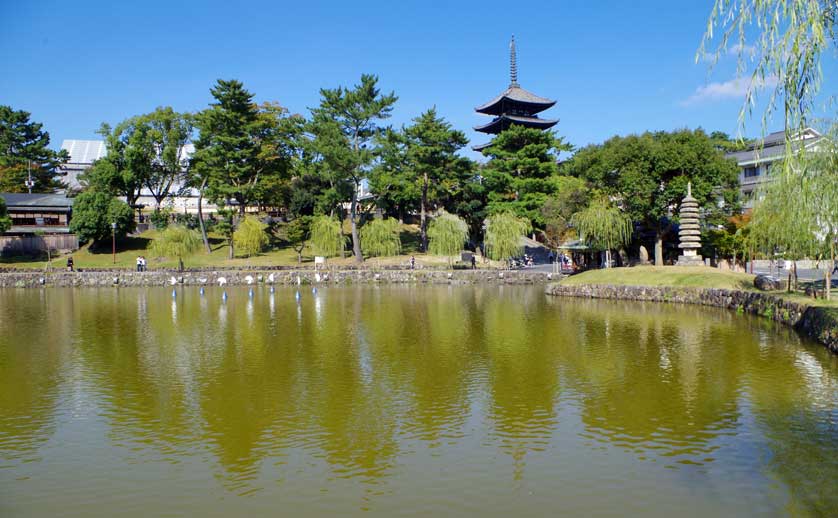 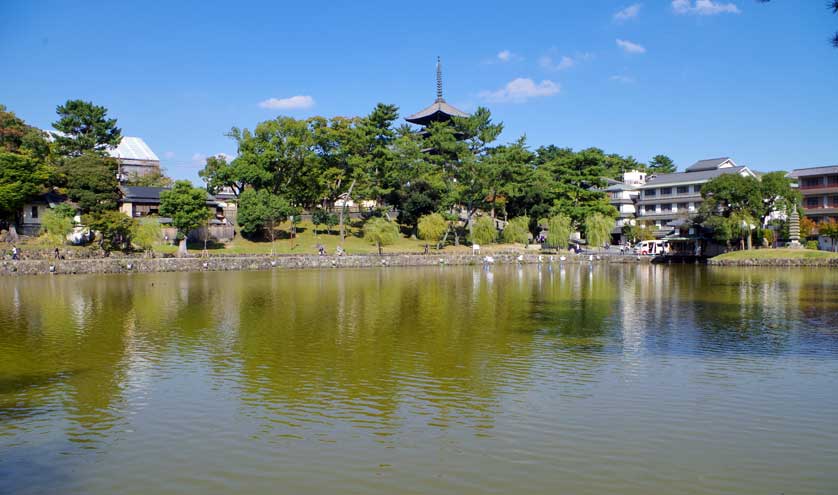 Sarusawa-ike is an artificial pond that was dug in 749 as part of the grounds of Kofukuji Temple.

Legend has it that during the Nara Period a court maid drowned herself in the lake after she fell out of favor following a love affair with an emperor. Uneme Shrine, a sub-shrine of Kasuga Grand Shrine, is said to have been built to pray for her soul (Uneme were court attendants). The shrine torii is turned away from the lake to avoid the soul of the dead girl having to gaze on its waters.

Lit lanterns are also floated on the water after a procession of participants in period costume from JR Nara Station. The festival takes place in September, please check with a Tourist Information Office in Nara for exact dates and times as they change each year according to the lunar calendar. 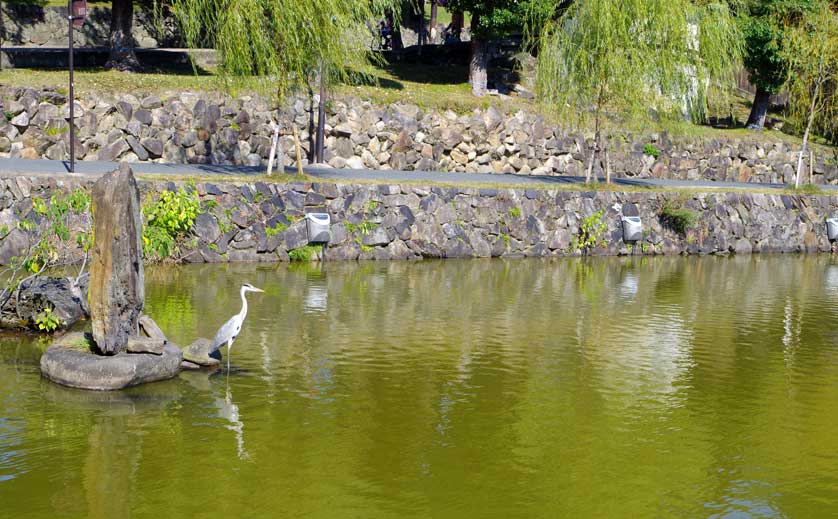 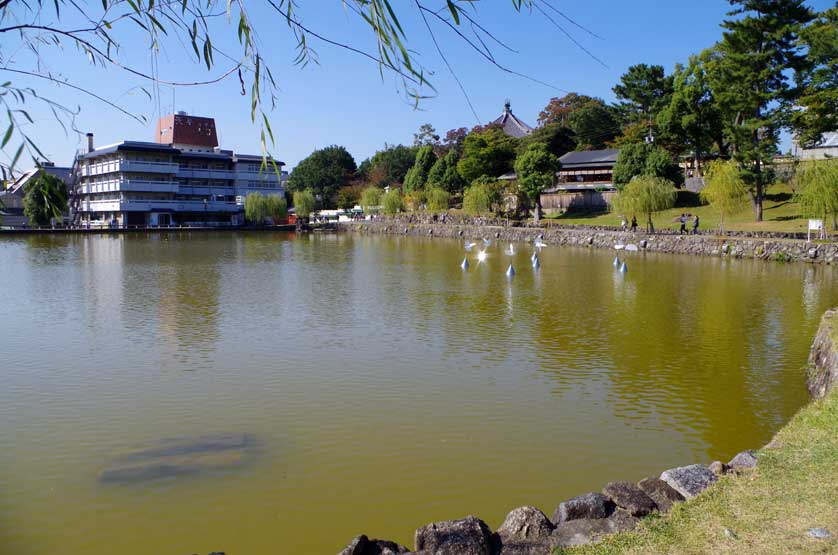 Sarusawa-ike is a great place to relax at any time of the day or night. Benches surround the green-colored water where turtles and herons can be seen sunning themselves on the rocks on fine days.

Sarusawa-ike is also a good place to appreciate cherry blossom in spring and Nara's fall colors.

There are a few places to drink traditional Japanese green tea around the lake and appreciate the sunset.

There are a number of places to stay situated around the lake including the Nara Visitor Center & Inn from where free buses depart in summer to Asuka and Yoshino. Other hotels and ryokan around Sarusawa-ike include the Tenpyo Hotel, Sarusawaike Yoshidaya Ryokan, Ryokan Kosen and Asukasou. 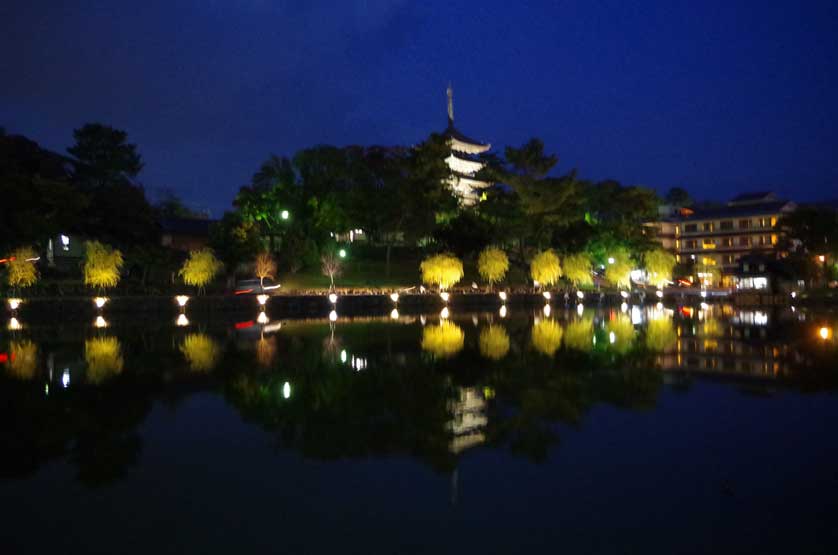 Sarusawa-ike is a short walk from Kintetsu Nara Station.

The East Palace Garden, Nara Period garden in the grounds of the Nara Palace Site was excavated in 1967 and completely reconstructed by 1998.