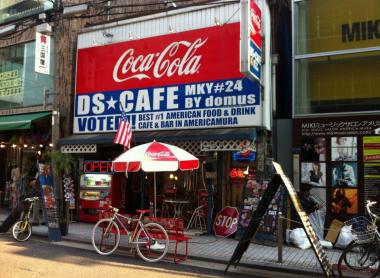 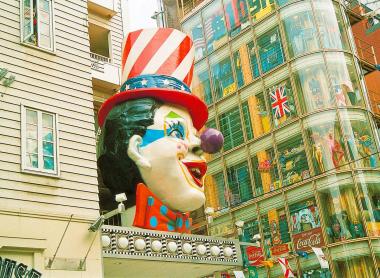 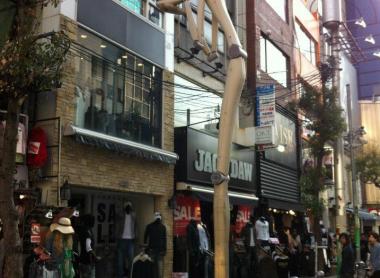 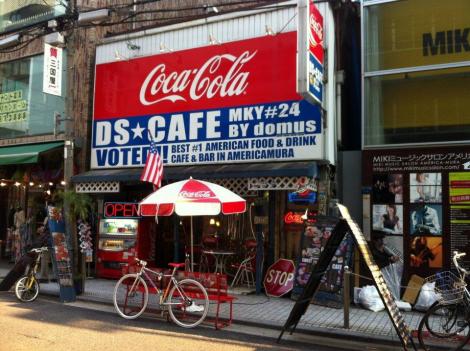 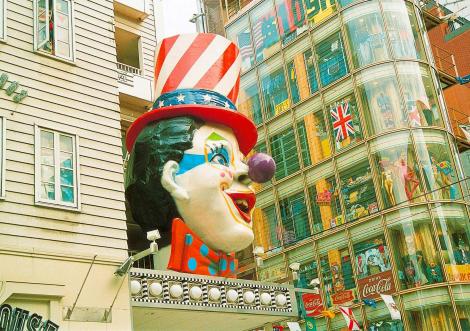 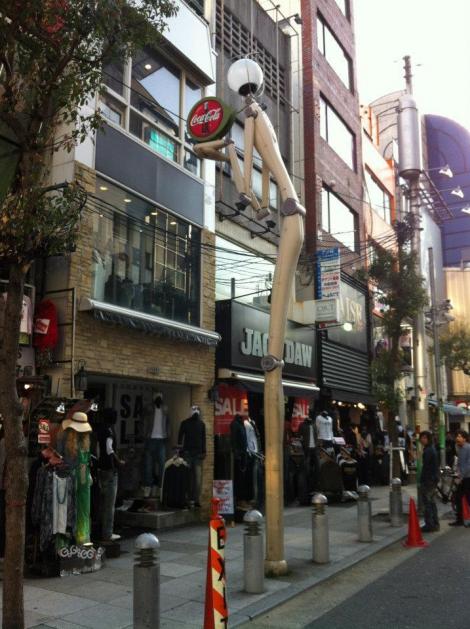 Want the latest fashion trends in Osaka? The most essential accessories for the Japanese youths swarming the streets? Head for the "American Village" (Amerika-mura)!

Not far from Namba are some streets often described as "the Harajuku of Osaka". The shops with garish storefronts that line the narrow streets have become, over the years, a benchmark in fashion and music trends. They embody a certain idea of "trendy youth", and Osakans love wandering there to do some shopping. In the center, Sankaku Koen (literally, "triangle park") is a great spot to observe the people of this fascinating urban jungle, where punks and porcelain dolls coexist.

The district first emerged in the 1970s, when many retailers there specialized in the sale of imported U.S. products. Thus, Amerika-mura gained its name, although it now seems somewhat outdated. While it's possible to find a miniature Statue of Liberty or an effigy of King Kong on a street corner, and country music can be heard from the entrances of some shops, the Japanese city has reclaimed this neighborhood, and given it its own identity.

Soaking in the strange atmosphere that surrounds this place where east-meets-west is definitely worth a visit! Don't hesitate to sit by the window in one of the many restaurants or cafes to people-watch and admire the bold architecture of the various buildings. A weekend flea market also takes place regularly in the streets of Amerika-mura. Among the stalls of items on display are some musicians trying awkwardly to play 1980s American music. It's a great place to find some rare gems!