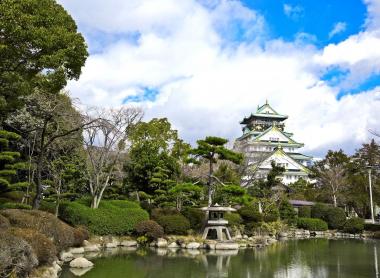 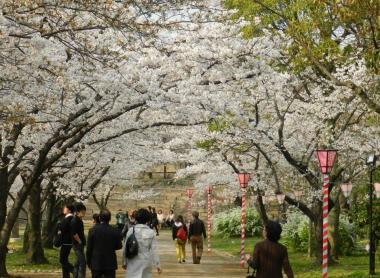 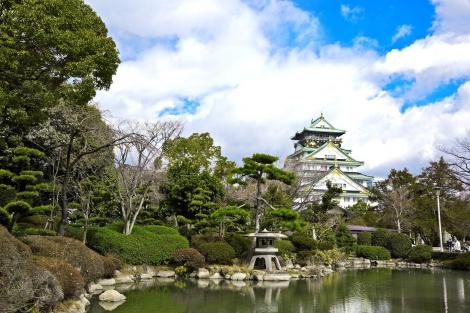 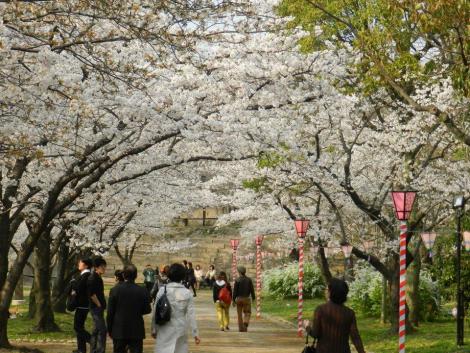 The flowers of the fortress <br>

In the heart of Osaka , this large green space covers more than two square kilometers. It is one of the most visited sites in the archipelago, Osaka-jo , this imposing white fortress built in the sixteenth century.

People storm the park during hanami, a family ritual for contemplation of flowering fruit trees. In March, plums burst into bloom with their pastel petals. The eastern side of the castle is covered in an ephemeral moss. Then comes the cherry trees of April, perfect for walks beneath their fluffy branches.

At its southern end, the park is home to the Osaka International Centre for Peace, dedicated to the memory of the victims of World War II and the bombing that destroyed much of the city's buildings. To the southwest is also the Osaka Museum of History , one of the most popular places for visitors. Perched on top of a glass building, it offers a magnificent view of the city.

And because once will not hurt, Metro Station Park deserves a special stop. Every Sunday morning, local rock bands come for outdoor concerts in front of a frenzied horde of fans and amused onlookers.

$40 per person
Discover all our activities in Osaka (151)