The Hoki Museum is a strikingly designed museum dedicated to modern Realist art, and featuring the works of Japanese painters. It is located in Chiba City, about 70 kilometers (45 miles) from Tokyo.

The Hoki Museum is a strikingly designed museum dedicated to modern Realist art, and featuring the works of Japanese painters. It is located in Chiba City, about 70 kilometers (45 miles) from Tokyo. 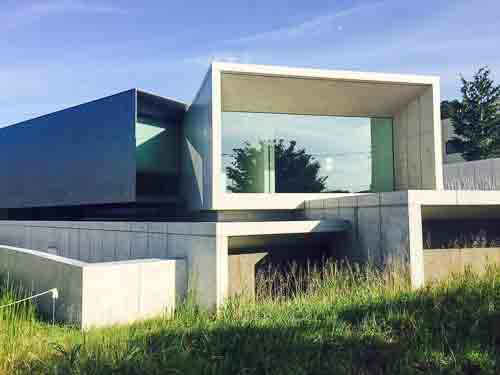 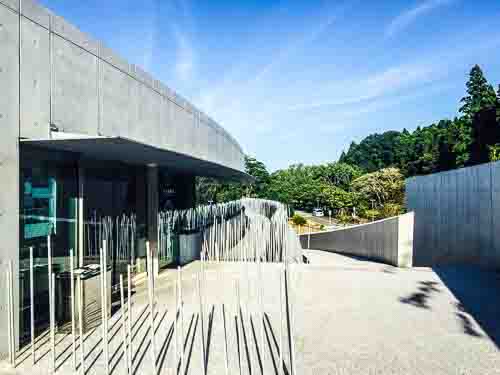 Entrance to the Hoki Museum, Chiba

Hoki Museum was founded in 2010 by Mr. Masao Hoki (b.1931), who began a stationery company that has now become Hogy Medical, dealing in medical equipment. The Museum is dedicated to the Realist style of painting of which Hoki is an aficionado.

The Museum is located in a quiet suburban neighborhood at the edge of the 106 hectare (262 acre) Showa-no-Mori Park. It is as appealing for its architecture as it is for its artworks. Designed by Nikken Sekkei, the same architecture firm that designed the Tokyo Skytree, what appears a diminutive--albeit fiercely modern--building from the street is upon entering actually a very large space of long corridor-like galleries featuring the very latest in lighting and décor (even the elevator!)

The Hoki Museum exhibits approximately 160 paintings at any one time, by over 40 prominent Realist Japanese artists. The photograph-like detail of form and shading that typifies the paintings is guaranteed to keep anyone absorbed, whatever their personal artistic penchants.

The Hoki Museum has an Italian restaurant, a cafe and a shop. 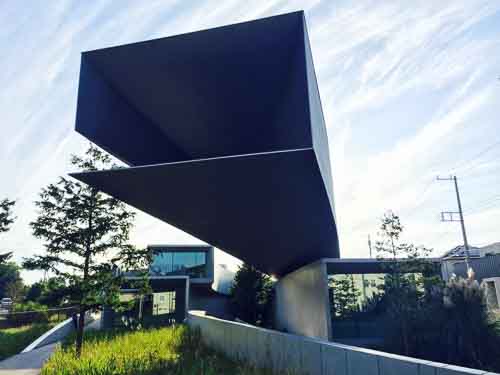 Hoki Museum from behind.

10 am - 5:30 pm (last entry at 5 pm)
Closed Tuesdays, but open on Tuesday if Tuesday falls on a public holiday. If open Tuesday, the Museum closes the next day, Wednesday.) Closed also at year end, New Year, late May, late-August, and mid-November.

Although the Hoki Museum is in Chiba prefecture, access to the Museum is significantly shorter from Tokyo than from Narita Airport.