Mukojima Hyakkaen Gardens are a beautiful natural-style flower and strolling garden in Sumida ward, Tokyo, created in the Edo period of Japanese history and one of the few surviving to this day. Its wide range of plants ensure a spectacle for every season. 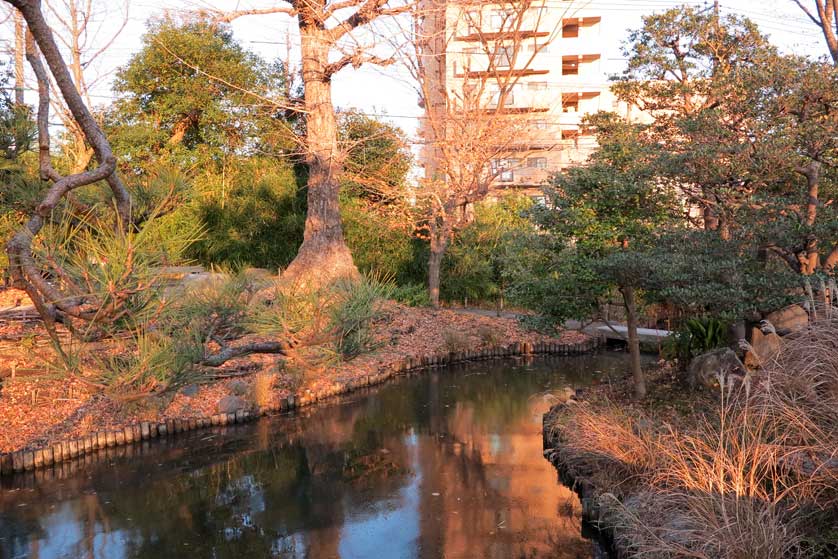 Mukojima Hyakkaen is a small, historical strolling garden in the Mukojima district of Sumida ward in north-eastern Tokyo. This garden, more than a century old, is closely associated with the arts and literature, and is a must-see for aficionados of natural-style Japanese landscaping. 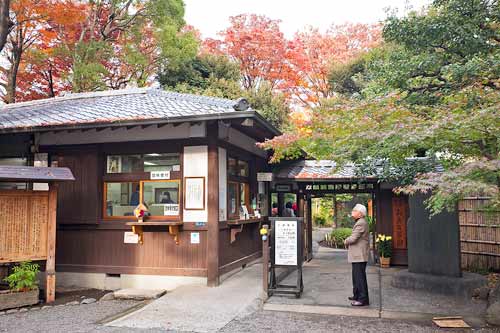 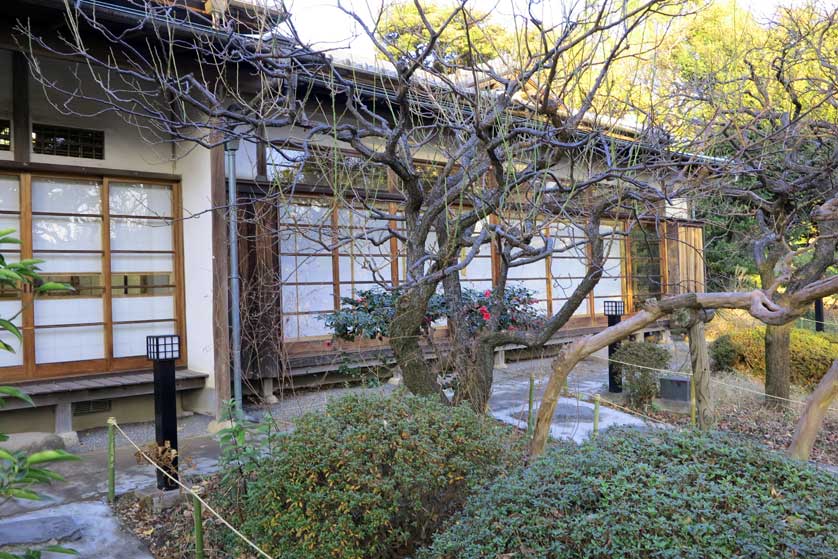 Mukojima Hyakkaen is distinguished by being Tokyo's only surviving garden from the Edo period of Japanese history. The park was the dreamchild of an antiques dealer, Sahara Kikuu, who, during the first three decades of the 19th century and with the help of fellow art and nature lovers, established an enchanting landscaped orchard here of 360 plum (ume) trees, creating a springtime blossom extravaganza.

Flowers were added to Mukojima Hyakkaen in following years, in line with the hyakkaen in the name of the garden, which means "one hundred flowers" in Japanese. The choice of flora was based on plants that feature in classic Chinese and Japanese literature.

The 20th century inheritors of Mukojima Hyakkaen donated the garden to the Tokyo metropolitan government in 1938, since which time it has been semi-public. In 1979, the national government designated it a site of historical significance. 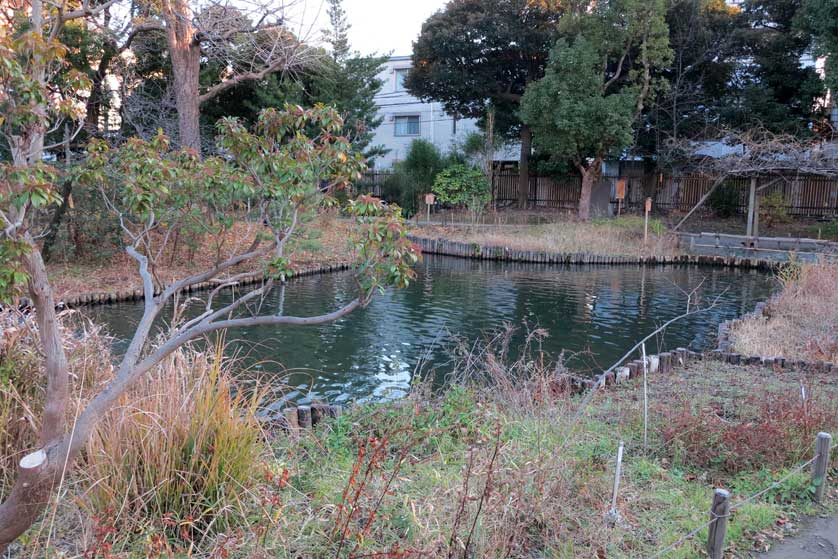 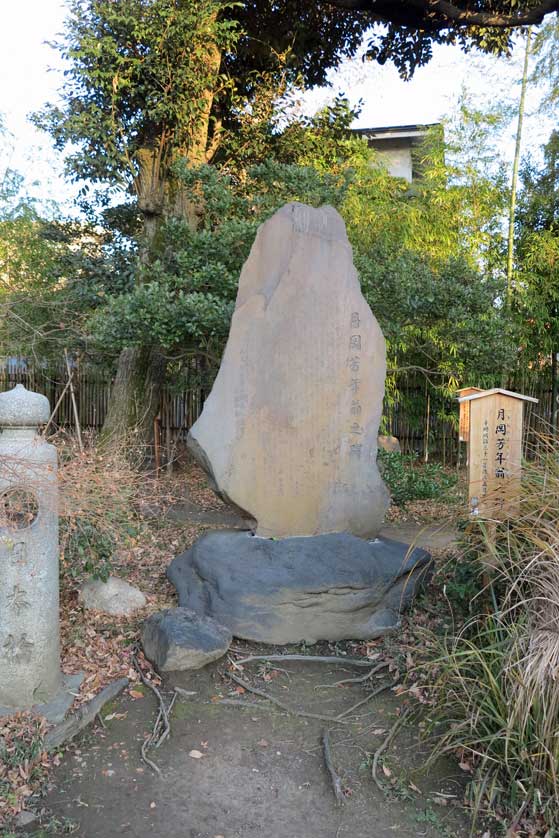 Mukojima Hyakkaen's primary charm is its natural-style Japanese landscaping, with a seemingly random layout that belies its mere 0.2 hectare, or half-acre, area, and gives the visitor the feel of being amply surrounded by bountiful nature. The eastern part of Mukojima Hyakkaen (opposite the side you enter from) features a long pond stretching most of the length of the garden. 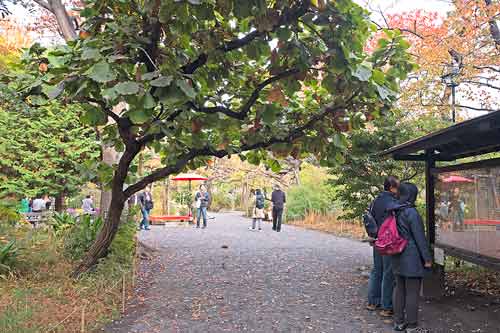 Of the above flowers at Mukojima Hyakkaen, the most famous is probably the "herb of fall" that is bush clover, or hagi. The hagi tunnel is a 30-meter-long enclosed trellis of bush clover at the southern end of the garden, which flowers in September for an unforgettable stroll through.

There is a traditional Japanese house on the premises that is available for hire for events and meetings.

Mukojima Hyakkaen Garden is open from 9am to 5pm daily, with last entry at 4.30pm. Closed December 29 - January 3. 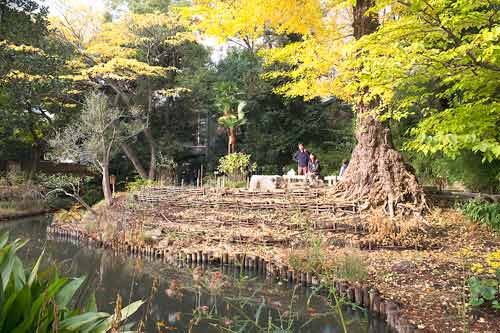 Mukojima Hyakkaen Garden can be visited along with the nearby Seiko Museum and Tobu Museum of Transport & Culture. 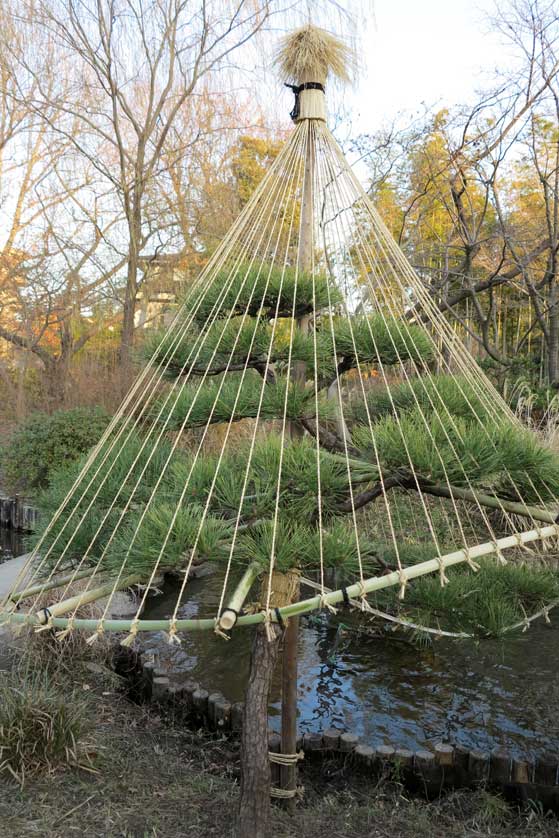