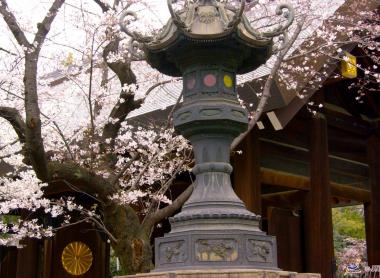 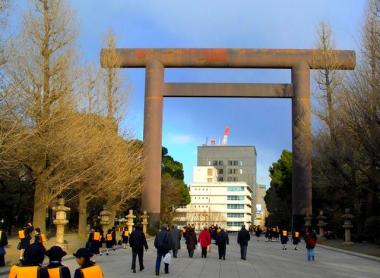 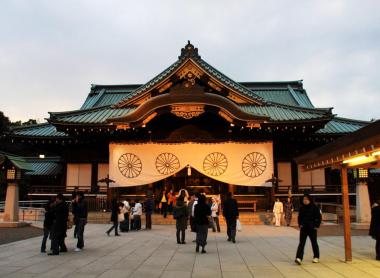 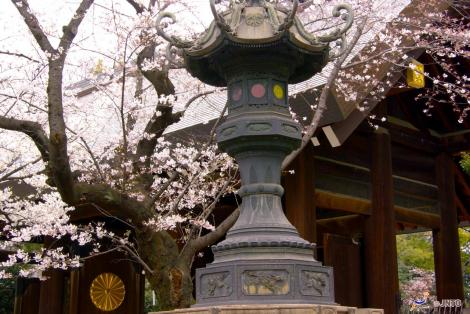 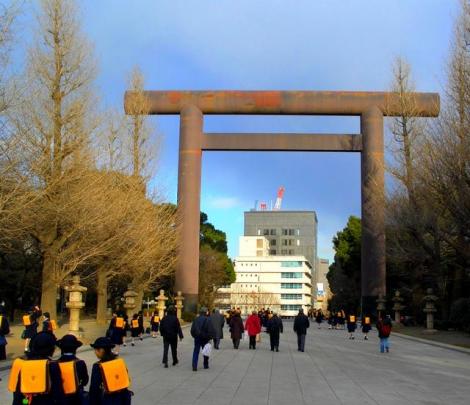 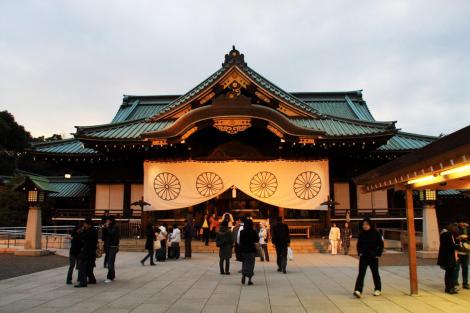 For great men, a grateful homeland

At the heart of an arrangement of memorial buildings forsoldiers who died for the emperor, the Yasukuni Jinja seems so peaceful and yet...

This Shinto shrine of the "pacified country" isfamous for the controversy it generates every year on August 15th,the day of the Japanese surrender in 1945. Some prime ministers were accustomedto going there in order to commemorate the memory of the soldiers who gavetheir lives for the archipelago, whilst fourteen war criminals are also honouredthere.This lack of tact has often revived tensions between Japan andthe countries victims of its crimes, including China and South Korea. The toneis set as soon as you enter the sanctuary where sits a statue of OmuraMasujiro, one of the initiators of the modern form of the Japanese army, andstill a meeting place for far-right groups.

The sanctuary itself has no particular features, except thatit is in an environment dedicated to the History of war in Japan. It is alsocharacterized by its impressive gates (torii), the first, Daiichi Torii was thelargest gate in Japan when it was erected in 1921, and not forgetting the DainiTorii, the largest bronze gate in the country. Do not miss a charming scene of Noh theater to the right of the main entrance. Forvisitors who want to discover the national version of events of the Second WorldWar, the Yushukan museum presents many military objects.

Tea houses around the pond at the back of the main sanctuaryprovide a nice view to appreciate the small Japanese garden.