Nara Travel Guide: Getting Around Nara By Bus

Nara is a fairly compact town which can easily be explored on foot or by rental bicycle.

However using the bus in Nara is the best way to visit outlying sights such as Toshodaiji, Yakushi, Horyuji, Chuguji, Horinji and Hokiji temples. Also if you have a Nara pass, using the bus can save time getting between attractions, especially if you avoid the rush hours. 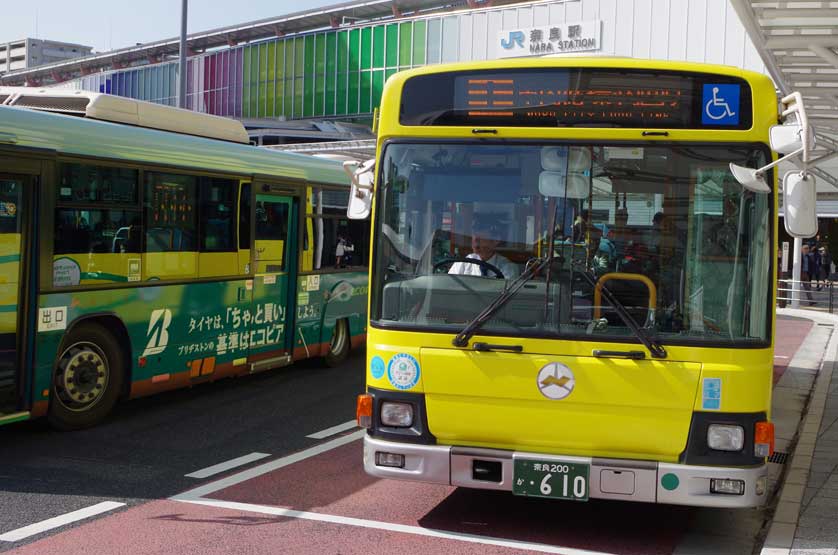 Loop Line buses #1 and #2 stop at both JR Nara Station and Kintetsu Nara Station which are the two main bus terminals in Nara and are useful to getting to the main attractions in Nara including Kofukuji, Nara National Museum, Todaiji, Kasuga Taisha and Gangoji in Naramachi. 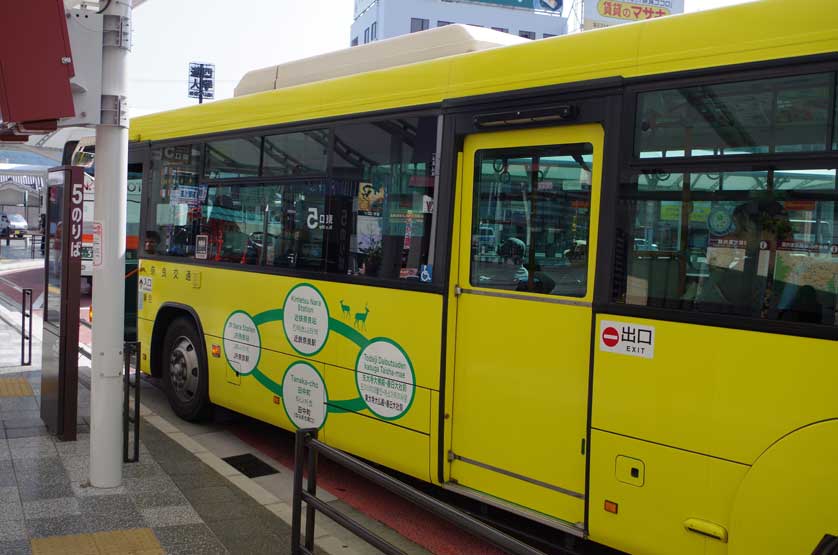 Yellow Nara Loop Bus at Nara Station; enter at the front; exit at the center 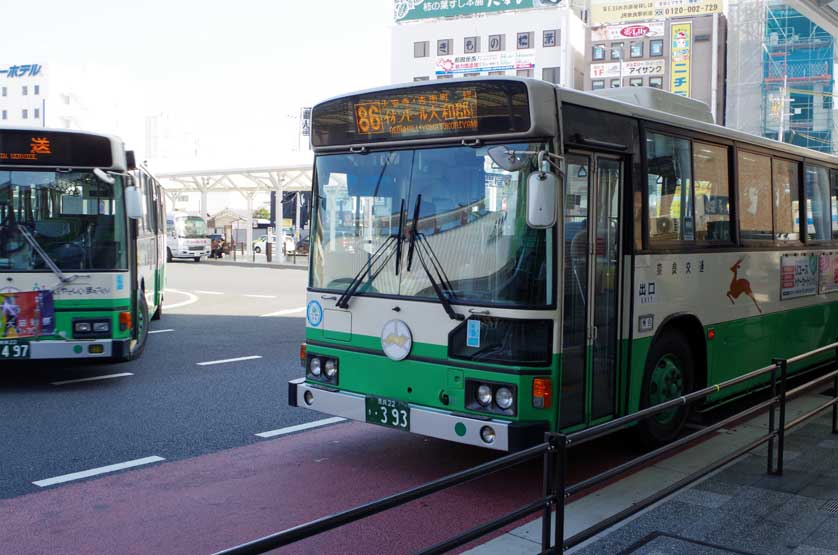 JR Nara Station has bus stops at both its East and West exits.

From the East Exit buses #50, #82 and #92 pass Kofukuji and the Nara Hotel before going south to Tenri. Bus #51 goes to Shimoyama and #53 to Kubonosho. These buses depart from bus stop number 1.

At Kintetsu Nara Station bus stops are located on the north and south sides of Omiya Street where the station is located.

From bus stop number 3 the #50, #51, #53, #82 and #92 go to Gangoji and Naramachi. From bus stop 13 the #12 and #13 buses go west to the Heijo Palace Site and Daigokuden Hall. The Kintetsu Nara Bus Information Center is on this side as is the Meitetsu bus stop for Nagoya. The Kintetsu Nara Bus Information Center is open from 8.30 am-8 pm on weekdays and 8.30 am-7 pm on weekends and public holidays.

From the south side of Omiya Street the Nara City Loop Line Bus #1 goes to Nara JR Station from bus stop 9. From bus stop 8 catch the #70 #72 and #97 buses to Yakushiji, Toshodaiji, Hokiji and Horyuji Temple. From bus stop 11, the #160 bus connects to Heijo Palace Site and Suzakumon Gate. 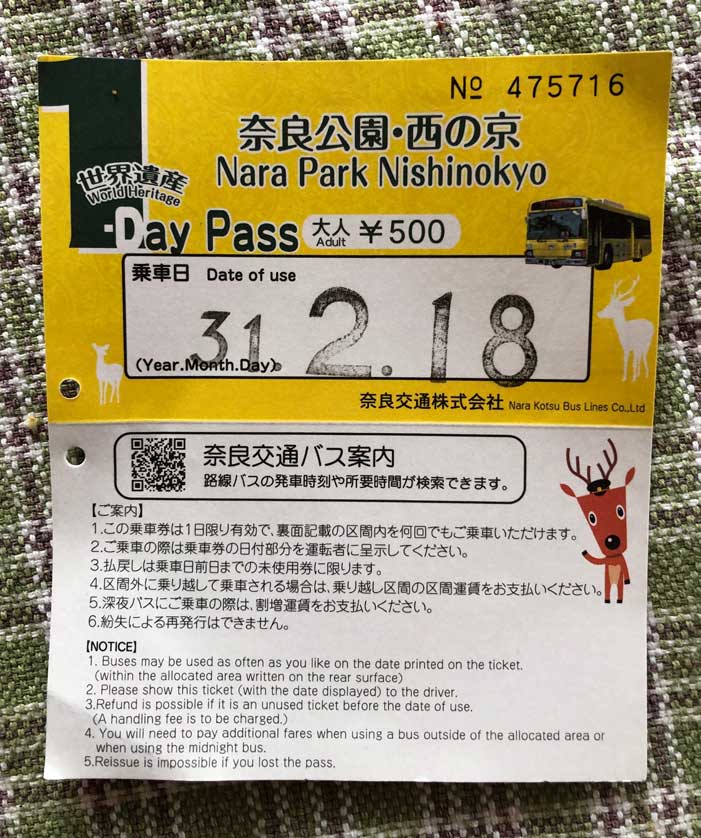 If you are going to make best use of the buses in Nara consider buying one of the three bus passes available.

You can also use the IC cards Icoca or PiTaPa but not presently Suica, Pasmo or Manaca IC cards on Nara Kotsu buses. 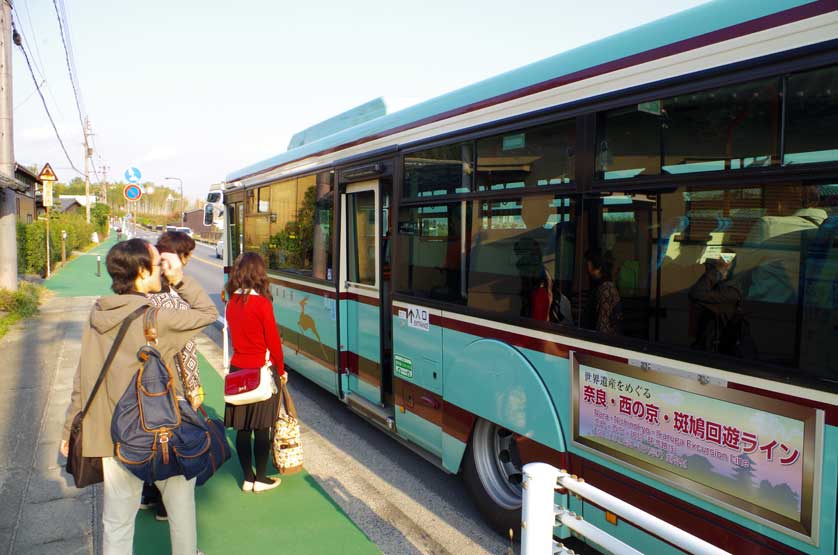 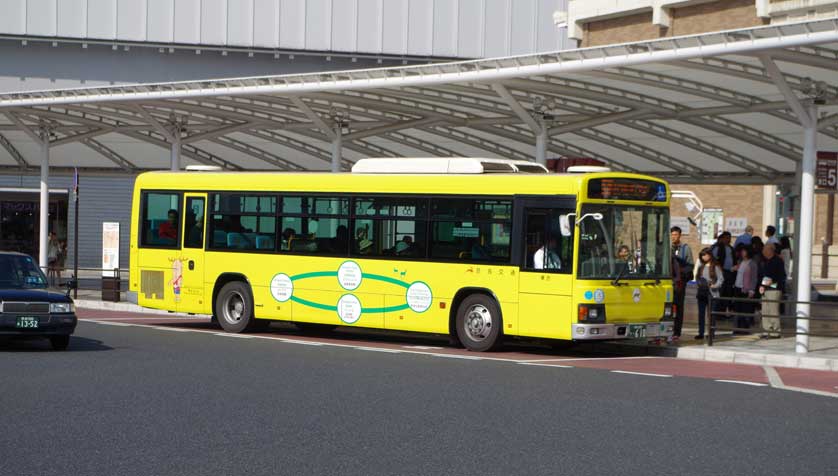 Bus #97 for Horyuji and Hokiji temples.

See the Nara Kotsu website for full details or routes and fares in Japanese, Chinese and English. 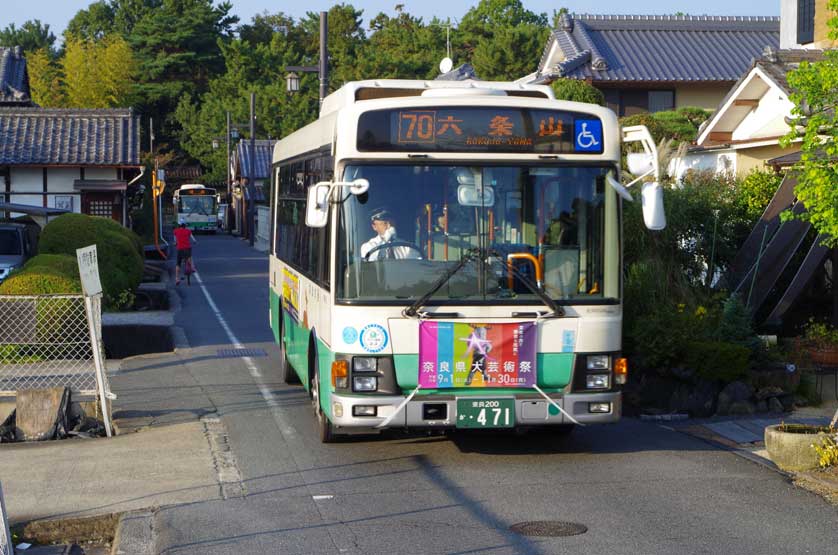 The Half Day A Course departs from JR Nara Station at 9.05 am and Kintetsu Nara Station at 9.10 am and takes in Kofukuji, Todaiji and Kasuga Taisha. The tour ends at Kofukuji at 12 noon. The cost is 3,000 yen for adults. 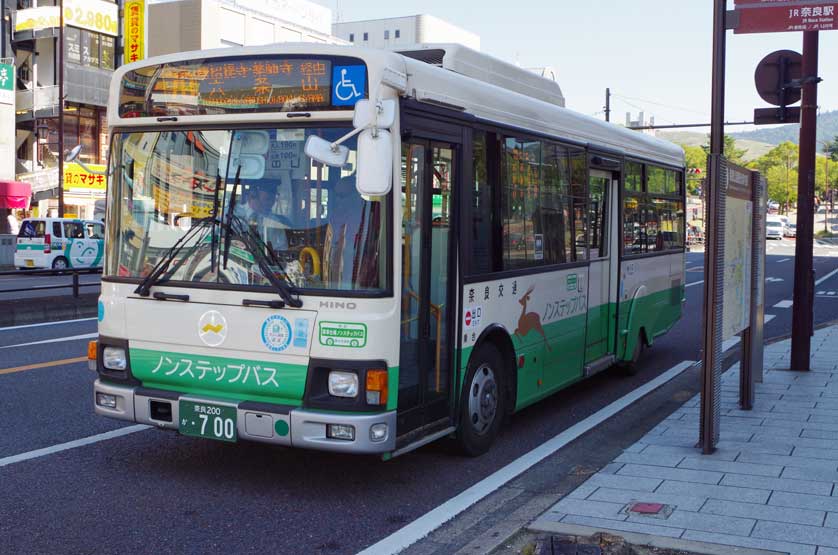 From July 24-October 31 in 2015 free buses on Tuesday, Thursday Saturday and Sunday were provided for foreign visitors to either Asuka or Yoshino in Nara Prefecture. The buses depart from the Nara Visitor Center & Inn at 9 am and arrive at the Asuka Ishibutai at 10.20 am and Mt. Yoshino at 11.05 am. The buses leave Mt. Yoshino at 3.30 pm, Asuka Ishibutai at 4.15 pm and arrive back in Nara at 5.30 pm. It is expected this service will continue in subsequent years.

There are also buses which shuttle to and from Asuka Station and Kashihara Jingu-mae stations via some of the sights in Asuka. The buses run twice an hour on weekdays and three times an hour on weekends and public holidays. The buses run roughly from 8 am to 5 pm. A one-day bus pass is 650 yen for adults. 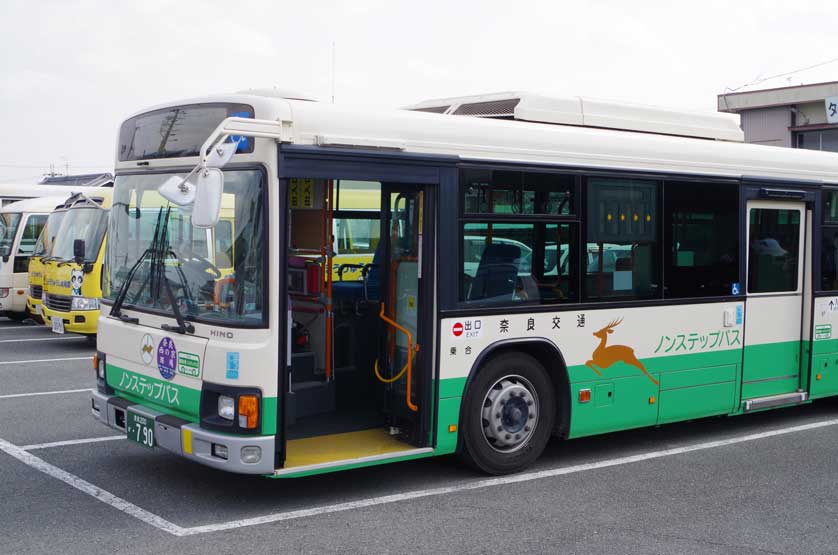 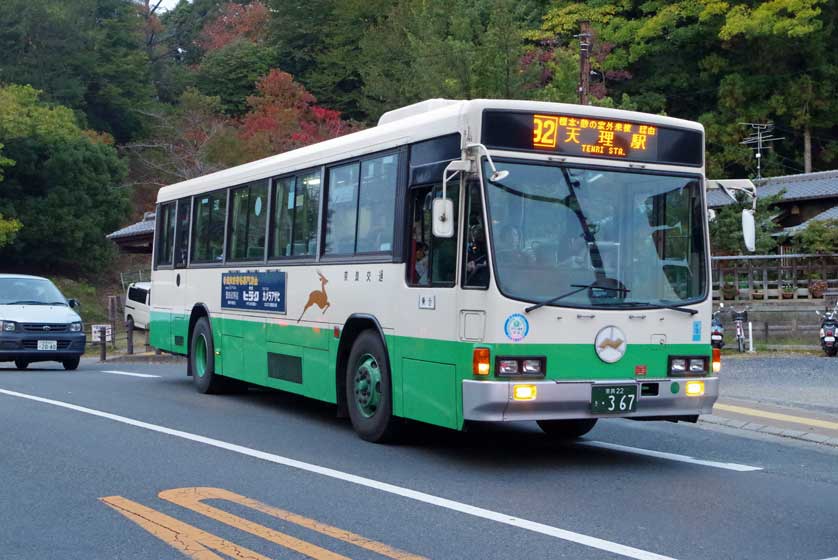 Nara buses: read a guide to getting around Nara by bus including bus fares, bus routes and bus passes for tourists.