The Aonami Line in Nagoya connects Nagoya Station with the Nagoya Port district.

Previously a freight line, the Aonami Line opened for passenger traffic in 2004. 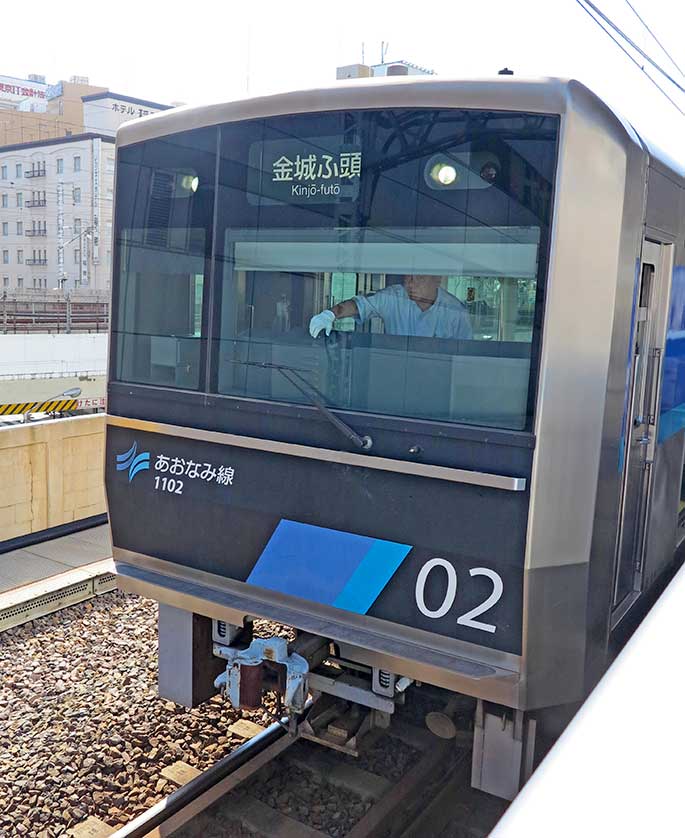 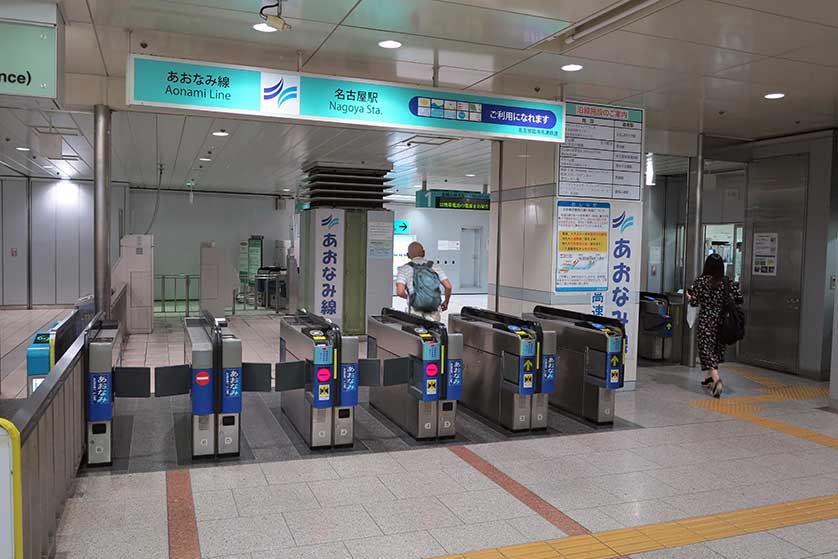 IC cards such as the local Chubu area Manaca as well as such cards as the PASMO & SUICA can be used on the Aonami Line. The full fare from Nagoya Station to Kinjo-Futo is presently 350 yen (180 yen for children) and takes 24 minutes.

The Do-nichi Eco Kippu (a pre-paid card for 600 yen available on Saturdays and Sundays which gives unlimited travel for the day on subways and buses and reductions on admission to Nagoya's Science Museum, Higashiyama Zoo and Nagoya Castle) is NOT valid on the Aonami Line.

The Aonami Line is useful for getting to the Nagoya Immigration Office which is at Nagoya Keibajo-mae and Nagoya Ferry Terminal for ferries to Sendai and Tomakomai. Take a local bus from Noseki Station 7 minutes to the ferry port. 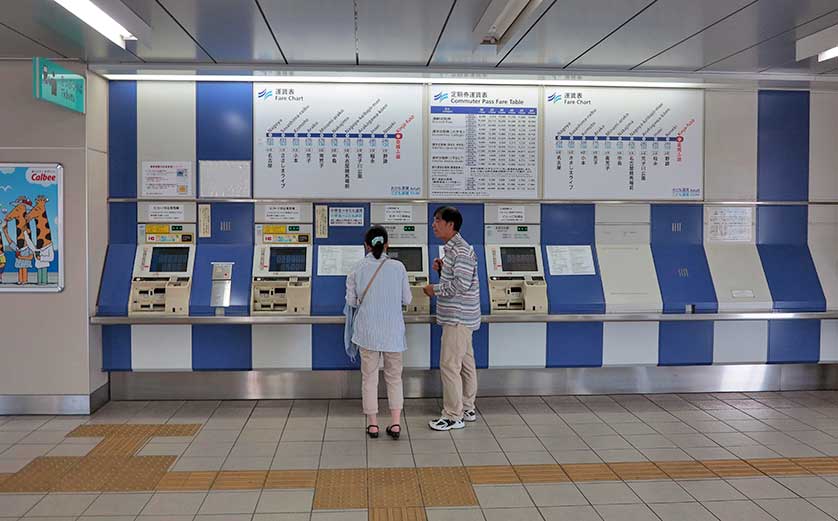 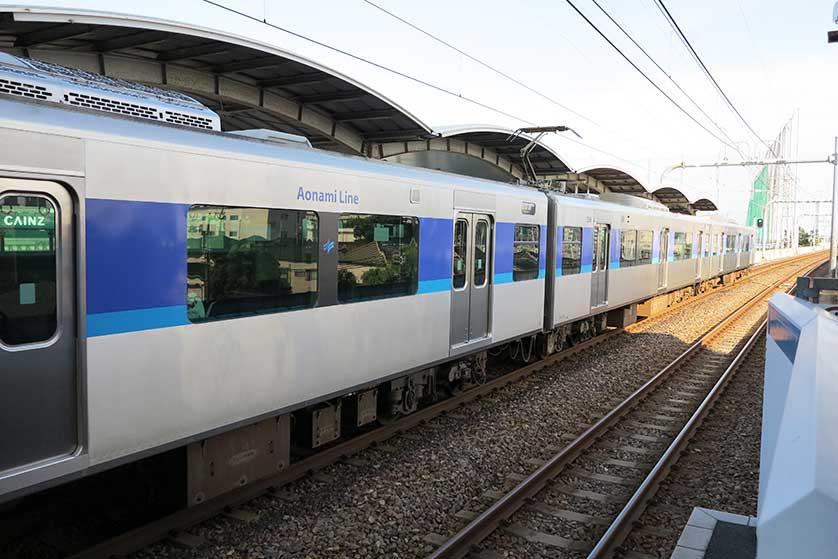 The Higashiyama Line and Sakuradori Line of the Nagoya subway also intersect at Nagoya Station.

From Kintetsu Nagoya Station there are Kintetsu trains to Osaka Namba Station, Tsuruhashi and Uehommachi in the Kansai, Kintetsu Nara Station in Nara (with changes as Yamato-Yagi and Yamato-Saidaiji stations), Tenri and Kyoto as well as Kuwana, Yokkaichi and further south Toba and Kashikojima in the Ise Shima region of Mie Prefecture.

The 109 Cinemas multiplex is at Sasashima-raibu close to Meitetsu Nagoya Station.

The Nagoya City Wild Bird Observation Center is also close to Noseki Station. During spring and autumn thousands of migratory shorebirds rest and feed in the area, which is protected under the 1971 Ramsar Convention on wetlands.

Arako Station is close to Arako Kannon and is home to a two story pagoda which is one of the oldest wooden buildings in Nagoya dating from 1536. Outside the station is an equestrian statue of local hero Maeda Toshiie.

Nakajima Station is located on National Highway Route 1, west of Rokuban-cho Station on the Meiko Line with which it is connected by Nagoya city bus. 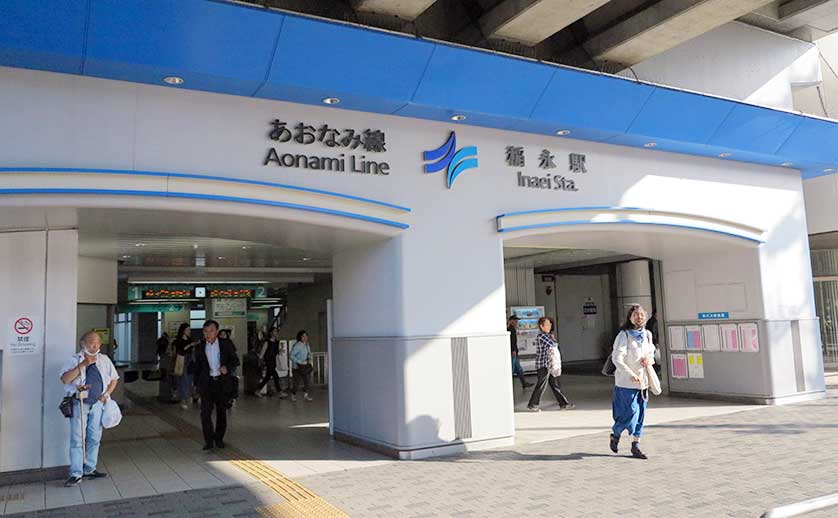 Inaei Station is about 1km west of the quirky Nihonkoma Museum with its large collection of spinning tops (koma).

Noseki Station is convenient for Nagoya Ferry Terminal which has ferries to Sendai and Tomakomai in Hokkaido. Take a local Nagoya city bus from Noseki Station 7 minutes to the ferry port. 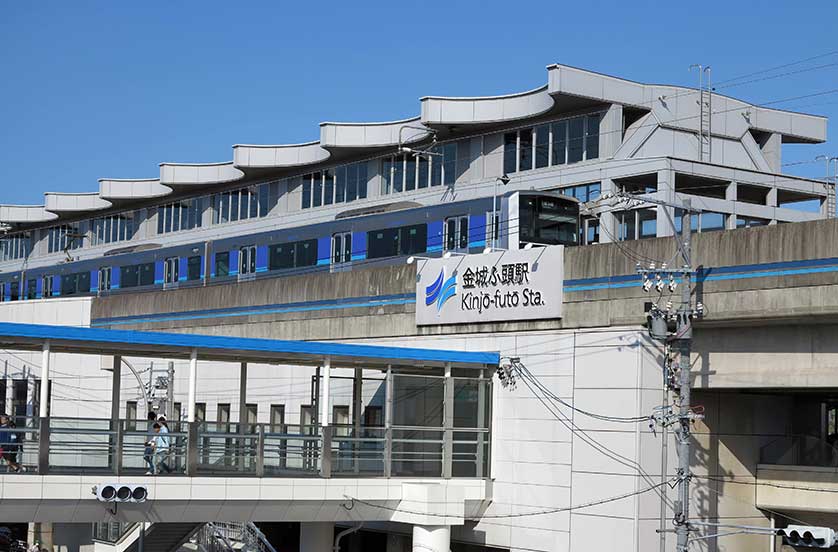 The terminus at Kinjo-Futo is close to the Port Messe Nagoya convention and exhibition center, the European-style Maker's Pier outside mall, Legoland Japan and the SCMaglev & Railway Park.

From 2018 the four star Legoland Hotel and Sealife Legoland have opened at the site. 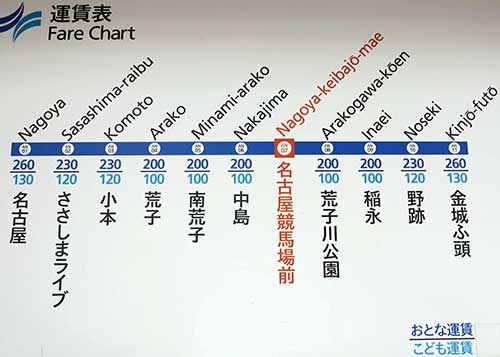 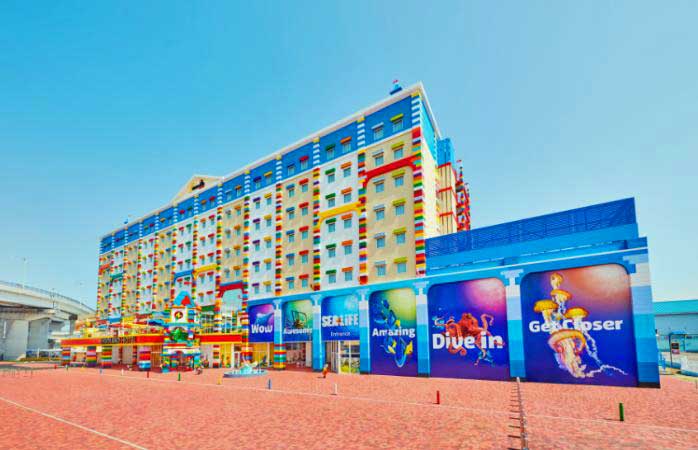 The Aonami Line in Nagoya runs from Nagoya Station to Kinjo-Futo Station for Port Messe Nagoya convention center and the SCMaglev & Railway Park.