The Former Daijoin Temple Garden (kyu-daijoin-teien) is a tranquil Japanese strolling garden centered around a lake in Nara close to the Nara Hotel, Kofukuji Temple, Gangoji Temple and the Naramachi district of old merchant houses. 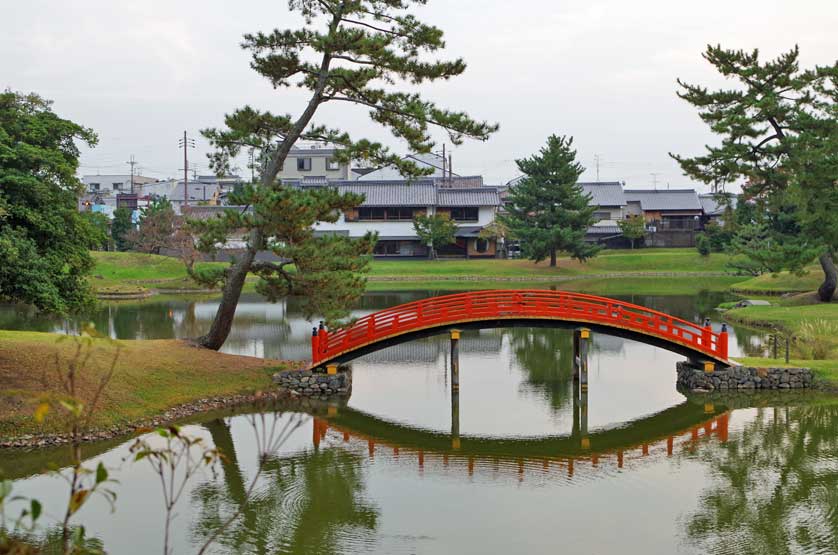 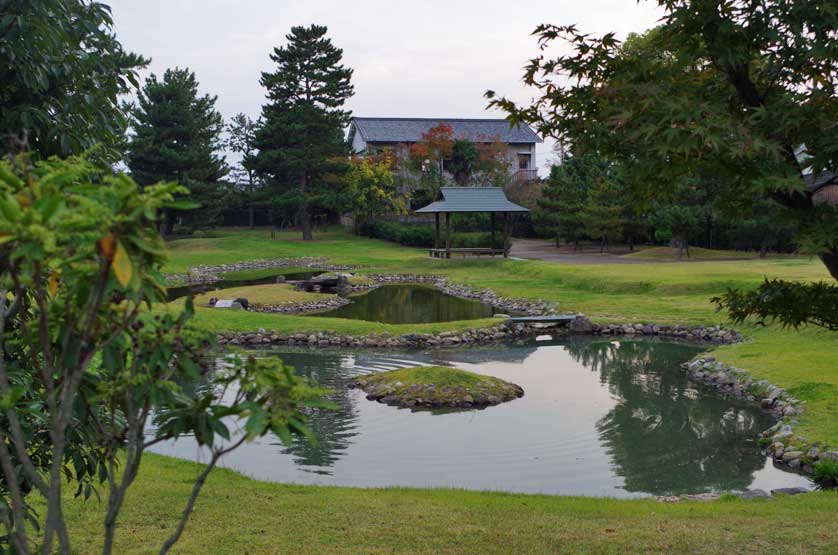 Former Daijoin Temple Garden, Nara, with the Heritage Center in the background

Daijoin Temple was originally founded in 1087 and was a Monzeki temple where members of the imperial family or high court nobles served as the chief abbots.

The temple was destroyed during a peasant revolt in 1429 during the various upheavals of the turbulent Muromachi Period. The garden was restored after the destruction by the famed landscape gardener Zenami, who is believed to have worked on the gardens at Ginkakuji Temple in Kyoto. The garden was done in the Pure Land style typical of Japanese garden design of the Heian through Kamakura eras. 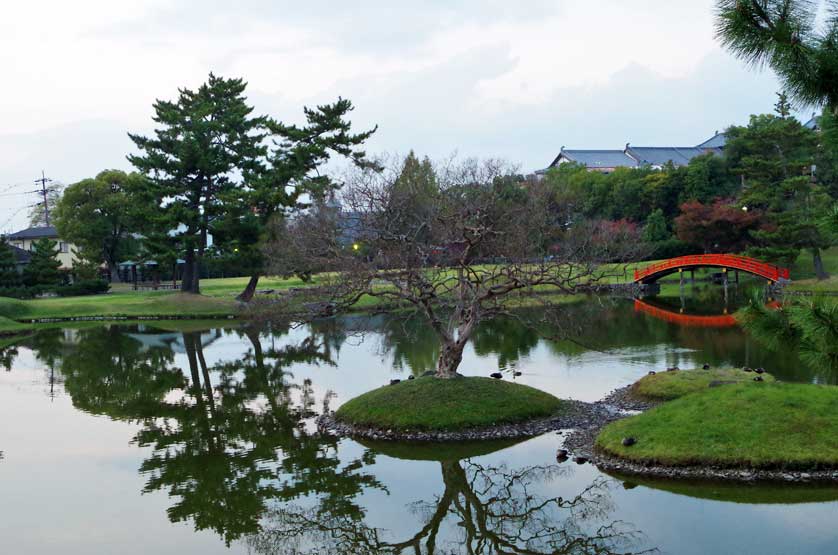 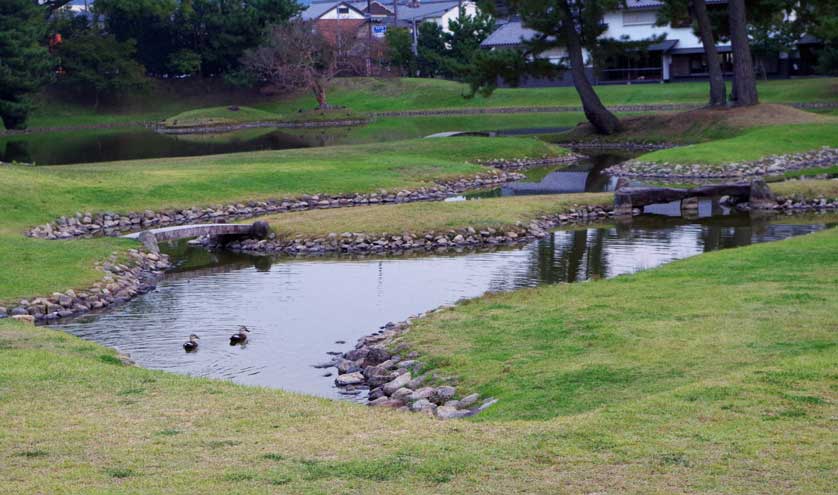 The temple fell into ruin it seems from the beginning of the Meiji Period onwards due to the policy known as haibutsu kishaku (廃仏毀釈), when the Buddhist religion was considered a malign, foreign influence that needed to be separated from Shinto, and if possible, replaced by nativist traditions.

Numerous Buddhist temples, statues and texts were destroyed and many monks forced return to secular life or become Shinto priests. Nearby Kofukuji Temple suffered much during this time and Daijoin ceased to function as a temple. Its priests driven out, its property seized.

By the 1920's the land where Daijoin and its garden once stood was being used as tennis courts and a putting green as part of the adjacent Nara Hotel. After World War II serious efforts were commenced to restore the garden to its former glory. The garden we see today was reopened in 2010 after decades of research and renovation.

The Heritage Center at the entrance is run by the Japan National Trust (modeled on Britain's National Trust). It explains the restoration of the garden through maps and a scale model and has a small exhibition on Nara and its culture, art and crafts including calligraphy exhibits.

The Former Daijoin Temple Garden is a good place to appreciate cherry blossom in spring and Nara's fall colors. 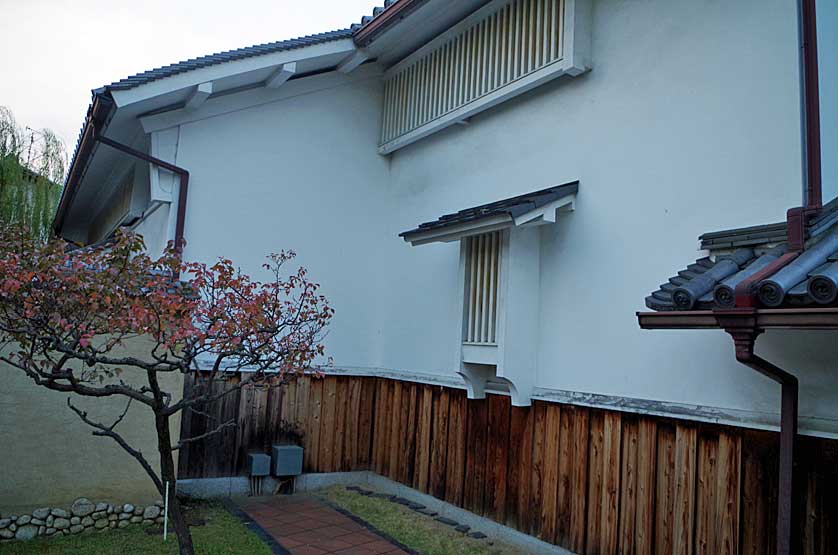 
Access - how to get to Daijoin Temple Garden, Nara

The East Palace Garden, Nara Period garden in the grounds of the Nara Palace Site was excavated in 1967 and completely reconstructed by 1998.