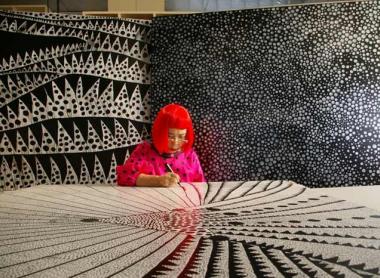 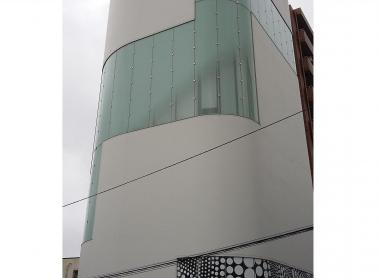 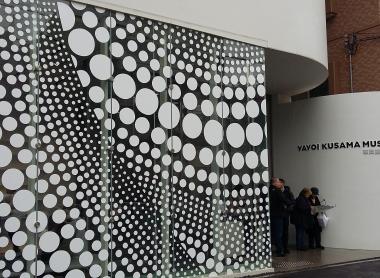 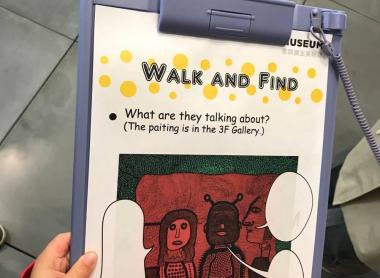 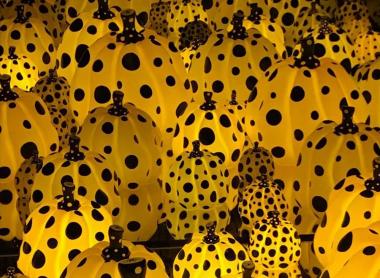 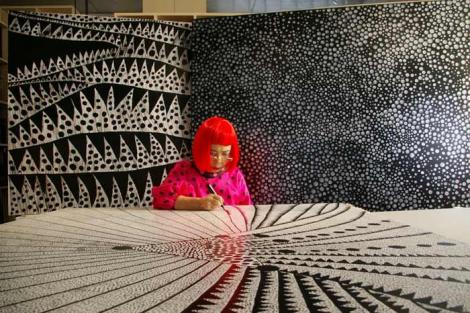 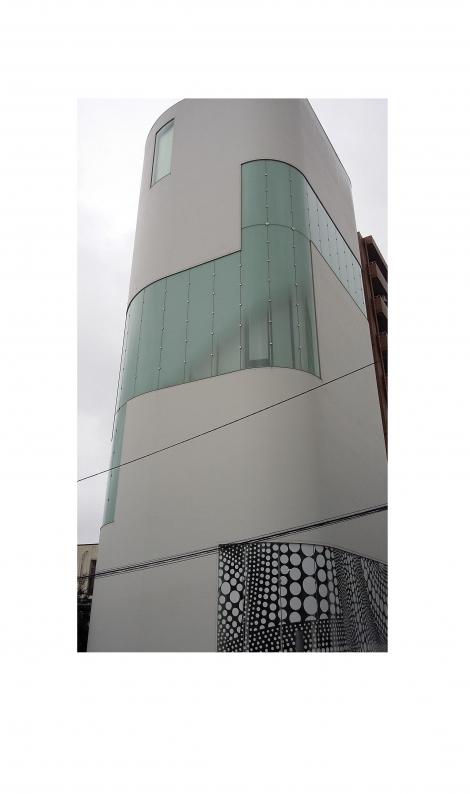 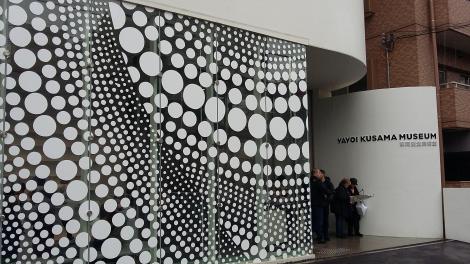 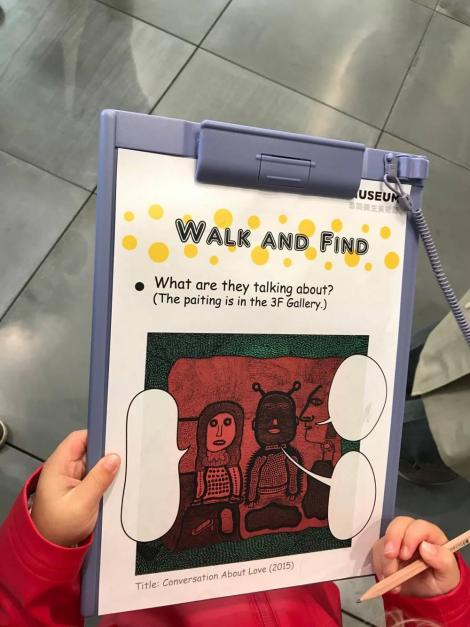 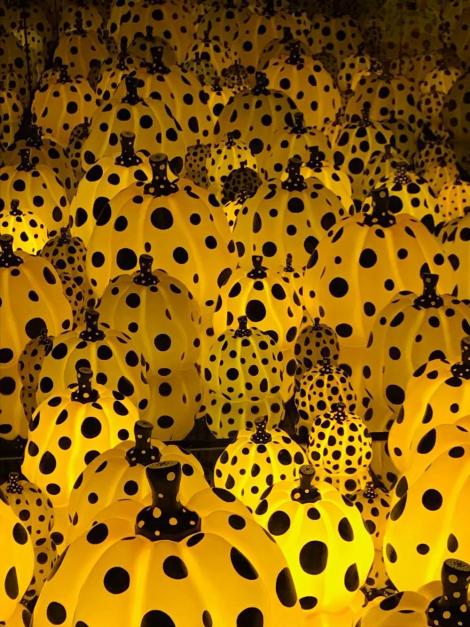 The most spectacular and mind-blowing works of Yayoi Kusama

Inaugurated in October 2017 in the Waseda district of the Shinjuku, the Yayoi Kusama Museum celebrates the ever-changing and extraordinary work of the visionary contemporary artist. We highly recommend that you make a booking to visit Yayoi Kasuma's dizzying work on display: The famed "The princess with the pea".

Born in 1929 in Matsumoto, Yayoi Kusama was struck very young by auditory and visual hallucinations. From 1935, she began to draw images and perceptions resulting from her hallucinatory experiences, her fears, and her anxieties. The recurring motif of polka dots in his works appeared in 1939; like traces of his deep troubles. This is the starting point of his favorite theme.

From 1948, she studied Japanese painting, nihonga, at an art school in Kyoto. Several galleries in Matsumoto and Tokyo devoted exhibitions to her in the early 1950s. A great admirer of the work of the American artist Georgia O'Keefe (1887-1986), she decided to go to the United States in November 1957 and settled down in New York the following year. Until 1961, she warded off her visual obsessions by experimenting with monochrome.

What is the concept of Self-obliteration?

From 1966, her work took a new turn. She produced her first closed environment: spaces in which she uses her own body and stages herself in a theatrical way through mirror games. These representations are qualified as "performed" self-portraits. Defining her concept of "self-obliteration" in her film of the same name in 1967, she, therefore, uses polka dots to cover and hide everything around her. The polka dots obliterated without any limit of the bodies, the animals, and the spaces erasing the identities and the uniqueness of the beings.

In this self-effacement, Kusama's idea is to be one with the universe. It is also the period when she organizes and participates in happenings, public performances in which naked men and women, obliterated by polka dots, dance in the streets of Manhattan.

Returning to Tokyo in 1973, she entered a psychiatric institution three years later, after a suicide attempt, to combat the obsessions that haunt her and overcome the pain of the loss of human lives. Although continuing to paint, make collages and write, Kusama's name faded from the limelight in the years that followed. Her work enjoyed renewed interest at the end of the 1980s in the archipelago and internationally. She also represented Japan at the Venice Biennale in 1993. She has since been exhibited around the world (at MOMA in 1998, at the Center Pompidou in 2011…) and appears in the pantheon of great contemporary art artists.

Open since October 1, 2017, the museum, under the sponsorship of the foundation, strives to promote the art of Kusama and to deliver the message of peace and love that the octogenarian has never ceased to transmit in his works. The inaugural exhibition entitled "Creation is a solitary pursuit, love is what brings you closer to art" offered to discover his most recent work; in particular paintings from his series "My eternal Soul" and "Love Forever".

Since then, the establishment has offered two new exhibitions per year; a rotation of the collections on the 5 levels of this brand new building aiming to illustrate the artistic trajectory of the various works of Kusama from the beginning of his career to his latest creations.

In addition, you can experience one of its famous "Infinity Mirror Rooms"; installations creating the illusion of an infinite space using mirrors. Since 1965, Kusama has created around twenty closed environments where mirrors coupled with light effects offer a visual immersion bordering on the hallucination that envelops the viewer. Through extreme repetition, Kusama's "InfinityMirror Rooms" elicit a sense of infinity and complete uneasiness. But this experience is short-lived: a 2-minute session shows in hand. Fortunately, the exploration of the infinite takes place in complete privacy; entry into the Infinity Mirror room is limited to a maximum of six people.

On the last level, a huge golden pumpkin with pink polka dots proudly sits on the terrace. This is one of Yayoi Kusama's most famous motifs. She has used it at leisure in a stylized way since the 1970s in her paintings, drawings, sculptures, and installations. Several of his pumpkins are among her most famous works. The most iconic of all is undoubtedly that of the island of Naoshima. Installed at the end of the pontoon of the south beach of Naoshima, the giant yellow pumpkin with black dots has become one of the symbols of the island dedicated to contemporary art.

When and how to book a ticket for the Yayoi Kusama Museum?

It is imperative to book your ticket in advance on the museum's website before your visit; no tickets are sold on-site. In addition, be aware that the museum's website is the only distribution channel. A ticket is only valid for a specific time slot lasting 90 min on a specific date. There is a limited number of admissions for each visit slot (11 am-12.30 pm, 12 pm-1.30 .m, 1 pm-2.30 pm, 2 pm-3.30 pm, 3 pm-4.30 pm, 4 pm-5.30 pm) due to the size of the venue to guarantee optimal visit conditions.

Tickets go on sale at 10 am on the museum site on the 1st of each month for a visit scheduled two months later. Tickets for tours from May 1 to 31 go on sale from March 1. Your ticket is only valid on the date and time chosen, it is strongly recommended to arrive on time! Ticket in hand, you will then have 90 min to enjoy Yayoi Kusama's infinite love universe.

Where to see works by Yayoi Kusama in Japan?

If Kusama's works are present in the collections of the largest museums (Center Pompidou, MOMA in New York, etc.) and private collections of contemporary art (Fondation Louis Vuitton) around the world, you should know that they are also in the largest museum institutions in the archipelago. This is particularly useful information for those who have not thought of booking their ticket for the Kusama Museum or if it is closed during their stay in the Japanese capital. You will find below the list of Japanese museums and other sometimes more unusual places in which it is possible to admire works by Yayoi Kusama.

Lovers of art? Discover our self-guided tour "Arts and architecture in the interior sea"

teamLab Planets Tokyo is a body-immersive museum in the Toyosu district of Tokyo, offering visitors a physical, full five-sensory experience, including water attractions.