Chiran Peace Museum For Kamikaze Pilots is a museum dedicated to the over 1,000 young men who sacrificed their lives for the Emperor of Japan in World War II as suicide fighter pilots.

The Chiran Peace Museum For Kamikaze Pilots in Chiran, Kagoshima Prefecture in southern Kyushu is a thought-provoking, and to many, a controversial museum. It is dedicated to the lives and deaths of 1,036 suicide pilots or kamikaze (more commonly known as tokkoh-tai-in 特攻隊員 in Japanese). These young men, in their teens and early twenties, sacrificed themselves in the name of the Japanese emperor in the latter stages of World War II. 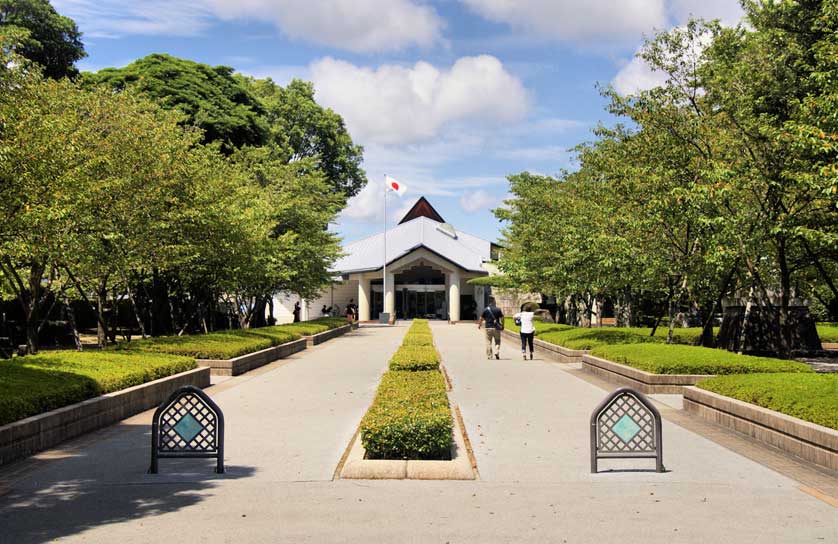 History of the Museum

A flight training school for young air cadets was established in Chiran as early as 1941 and by 1945 when Japan was clearly losing the war in the Pacific, the two runways at the base where used to launch suicide missions on the US fleet engaged in the battle for Okinawa. There were also other kamikaze bases in Taiwan, Kengun in Kumamoto, Bansei in Kagoshima and Miyakonojo in Miyazaki Prefecture.

A statue of Kannon, the Buddhist Goddess of Mercy was erected at the Chiran site in 1955 and a temple here was built in 1974 with donations from around Japan. The bronze statue of a kamikaze pilot dates from this time, along with the original museum. As interest and visitor numbers increased, the larger, present museum was opened in 1987. 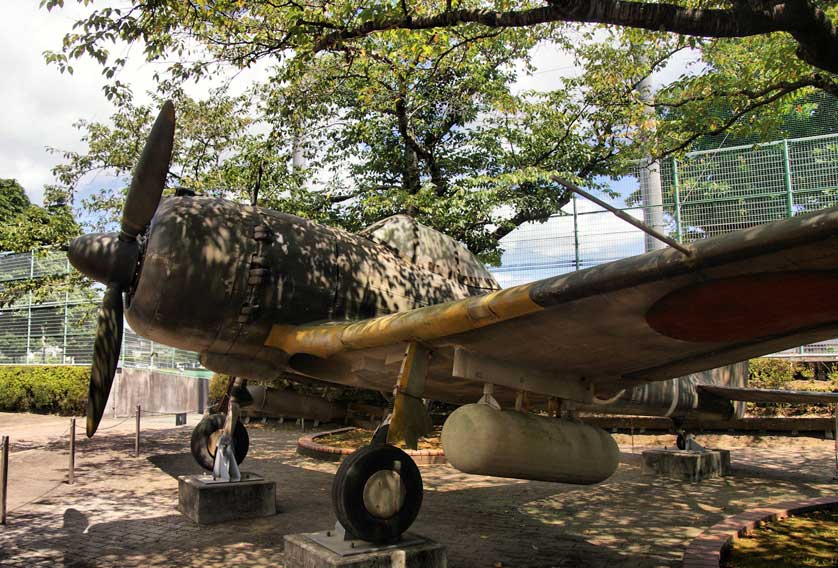 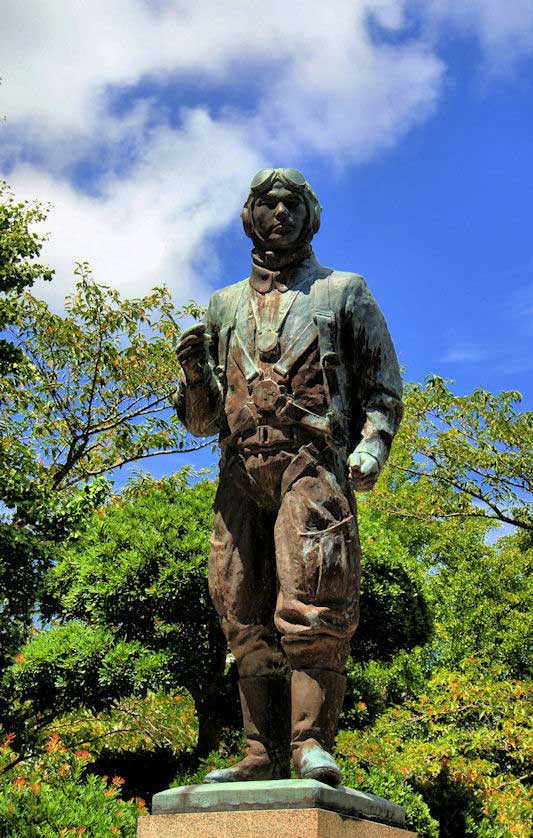 Exhibits at the Chiran Peace Museum For Kamikaze Pilots

The Chiran Peace Museum For Kamikaze Pilots is a large museum with thousands of exhibits and can occupy the visitor for an hour or more. Photographs of the pilots are displayed in the chronological order of when they died along with their family records, personal effects, such as hachimaki headbands, water bottles and Hinomaru flags, inscribed with messages of encouragement from family and friends, uniforms, farewell letters and weapons. English explanations are at a minimum and photography is strictly forbidden.

Inside the main museum building are original, intact Army Type-3 Hien, Army Type-4 Hayate and Type-1 Hayabusa Type-1 fighter aircraft. A damaged Mitsubishi Zero fighter recovered from the sea in 1980 is also on display. A Shinyo suicide motor boat is also preserved in the museum as are exhibits from wars waged by Japan from the Meiji Period onwards.

In the museum grounds, Japanese stone lanterns, statues and aircraft stand among numerous cherry trees. The grounds of the Chiran Peace Museum For Kamikaze Pilots also contain a reconstruction of a triangular-shaped barracks where the pilots lived before their ill-fated missions and a shrine.

Visitors to Japan interested in the history of World War II should visit the Kanoya Air Base Museum, also in Kagoshima, the Yamato Battleship Museum in Kure, Yasukuni Shrine, the Yushukan War Memorial Museum and the Chidorigafuchi National Cemetery in Tokyo as well as the Peace Museums in both Hiroshima and Nagasaki, which commemorate the atomic bombings of those cities in August, 1945.

On Okinawa, where the main ground fighting between US and Japanese forces took place in Japan there are a number of sites relating to World War II including the Peace Memorial Museum on Mabuni Hill and the Former Japanese Navy Underground HQ in the suburbs of Naha. 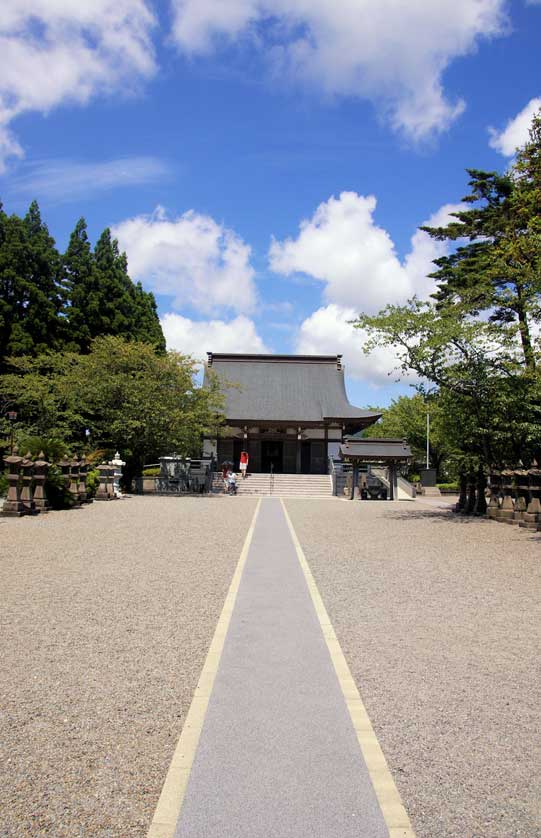 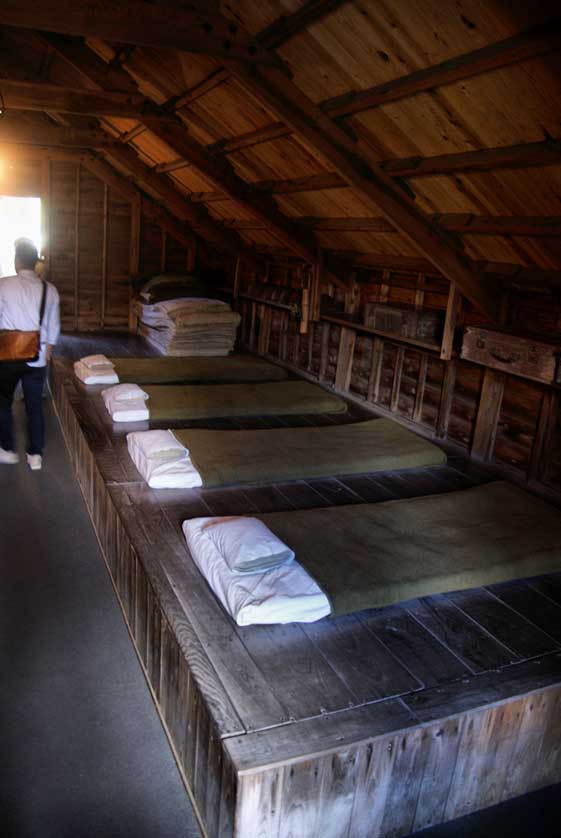 The coupling of the words "peace" and "kamikaze" may raise eyebrows for many visitors to the Chiran Peace Museum For Kamikaze Pilots (Chiran Tokko-Heiwa-Kaikan). It is understandable for both the defeated and the victors in conflicts to honor their war heroes. However, the background of state brainwashing in education, media and society at large in Japan in the 1930s and 1940s that led to the blind obedience of the suicide missions of the kamikaze pilots is not addressed at the museum.

Efforts by the museum to have the kamikaze pilots' last letters to their families and friends recognized as a UNESCO World Heritage Memory of the World have also caused concern among Japan's neighbors: China and South Korea.

The Chiran Peace Museum for Kamikaze Pilots is not as overt a homage to the Japanese Right as say the Yushukan War Memorial Museum at Yasukuni Shrine; however, it does draw right wing sound trucks on August 15, the anniversary of the Japanese surrender in World War II, as well as bus loads of junior high and high school baseball teams to imbue them with a yamato damashii fighting spirit.

It could be argued that the actions of the kamikaze and Japan's refusal to acknowledge that the Pacific War was over long before its final end in 1945 only strengthened the resolve of its enemies to use even more horrendous weapons and tactics to shorten the conflict, which increased the suffering and casualties of the Japanese people in the long run.

Access - Getting to Chiran Peace Museum For Kamikaze Pilots

From Kagoshima Chuo Station take a train on the Ibusuki Makurazaki Line to Hirakawa Station (36 minutes) and then a bus to Tokkou-Kannon-iriguchi bus stop (32 minutes). The Chiran Peace Museum is five minutes walk from there.

If coming from the other end of the Ibusuki Makurazaki Line, go to Kiire Station and then a bus to Tokkou-Kannon-iriguchi bus stop (26 minutes). The Chiran Peace Museum is five minutes walk from there.

The Chiran samurai district is a short drive away by hire car, bus or taxi. 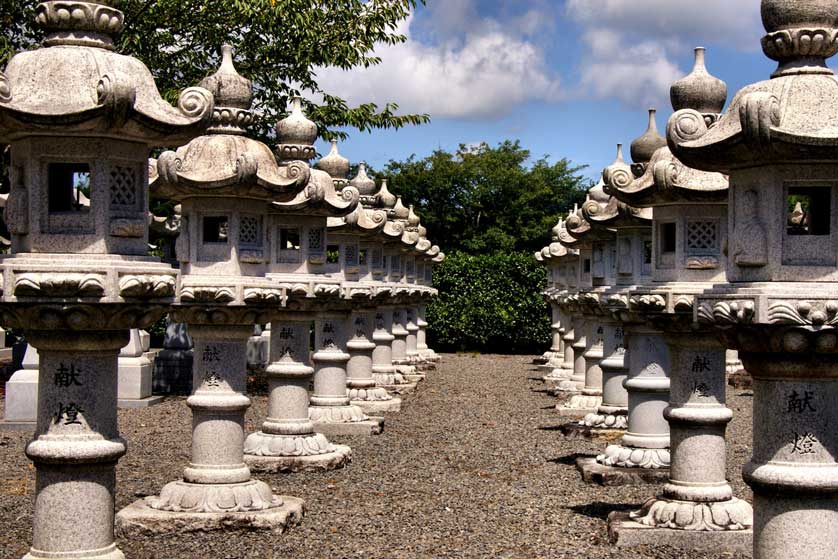 Ibusuki Naval Air Base Memorial: read a guide to a World War II era memorial dedicated to the young kamikaze pilots who flew suicide missions at the end of the Pacific conflict.

Kanoya Air Base Museum (鹿屋航空基地) in Kagoshima Prefecture has a large collection of aircraft on display including a Kawanishi H8K2 flying boat from World War II.

Tanegashima Museums: see a listing of museums on the island of Tanegashima in Kagoshima including the Space Center, Pistol Museum and Gessoutei.