Jindaiji in Chofu is Tokyo's second oldest temple, and combines ancient Buddhist history with a sylvan setting, soba restaurants and a pet cemetery. 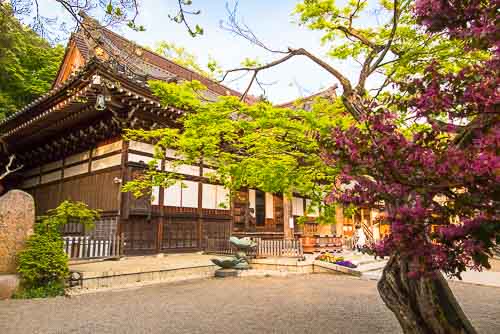 Jindaiji Temple is an ancient Buddhist temple in Chofu City, in the west of Tokyo, and the second oldest in the metropolis, after Sensoji Temple in Asakusa.

Jindai is worth visiting not only for its historical significance, but for its grand temple buildings, hushed sylvan setting, the tiny "township" feel of the quaint soba restaurants and other shops leading up to its gate, and, not least, for its proximity to the year-round beautiful Jindai Botanical Garden. 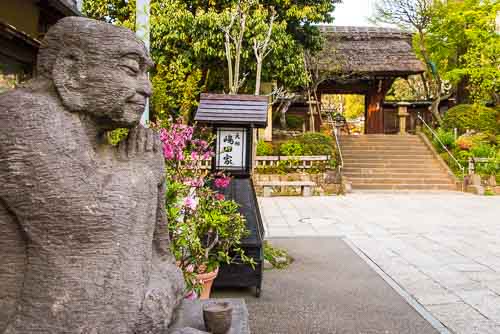 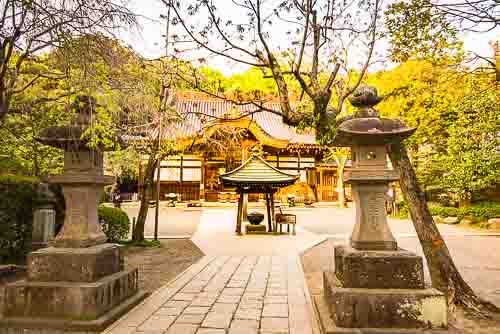 Jindaiji Temple is a Tendai Buddhist temple and is associated with the warrior monk, Ryogen (912-985) AKA Ganzan Daishi, who is celebrated in the special daruma doll tradition of Jindaiji Temple.

Legend has it that Jindaiji was founded in 733 AD, making it the second oldest temple in the Tokyo metropolis after Sensoji Temple in Asakusa. Jindaiji Temple takes its name from the first and third syllables of the god Jinja Daioh, which is said to be the god the founder's father prayed to when swimming to an island to be with the woman he loved - upon which a turtle appeared and transported him on its back. The resulting union between the lovers is said to have produced Jindaiji's founder.

The Sanmon Gate is the main gate of Jindaiji Temple, and is well known for the soba noodle restaurants and souvenir stores just in front of it. Soba is a venerable Jindaiji tradition going back three centuries. The soba noodles - handmade on the premises from local buckwheat flour - come in different forms. Some feature pure buckwheat without the usual addition of one-fifth wheat flour. Each soba restaurant has its own twist, and all types are distinctive to Jindaiji. The history of this quaint assortment of old shops is apparent in the old architecture. Surrounded and shaded by trees, they make for a very atmospheric - not to mention great-tasting - entry to Jindaiji temple.

The Sanmon Gate itself, accessible up a flight of steps, is one of the few structures in the Tokyo area that date back to the Edo period. It is thatched in the style that originally typified all the buildings in Jindaiji. 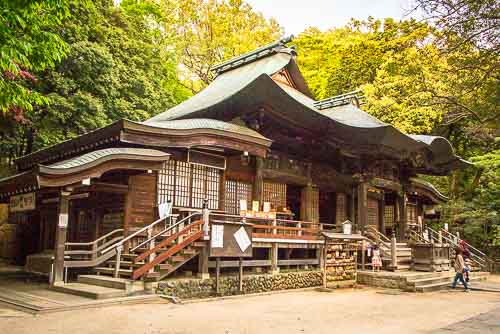 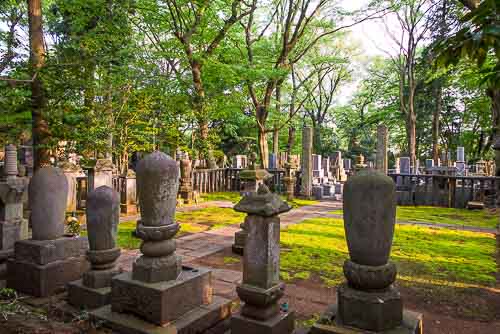 Inside the Jindaiji compound there are two main buildings, the Honden main hall, which was last rebuilt in 1919, making it old for a Japanese temple building, and, a little to the east and on a lower level, the Ganzan Daishi hall where the priest Ryogen (AKA Ganzan Daishi) is venerated in effigy.

The Shakka-do (Buddha Hall) near the West Gate (i.e., to your left when entering through the main Sanmon Gate), is a small building that is home to one of Japan's most famous Buddha statues. The Hokuho Buddha here is in the style of Buddhist art that flourished in the seventh century, and was declared a national treasure in 1909. It is viewable only on the 8th of each month at 9 a.m.

Jindaiji Temple is well known as a temple at which to pray for success in relationships, specifically love and marriage. 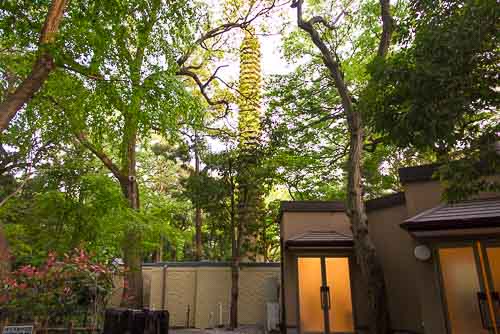 Jindaiji has a pet cemetery marked by a tall stone stupa, though it is not related to the temple itself. Read more about Jindaiji Pet Cemetery.

The Jindaiji Temple Daruma Festival takes place here every March 3-4. Jindaiji's daruma festival is different from other Japanese temples' daruma festivals in that the daruma doll specifically represents the 10th century warrior-monk Ryogen (912-985), and the filling in of the other eye once a petitioner's wish has been granted is done not with a simple ink dot, but a Sanskrit character. 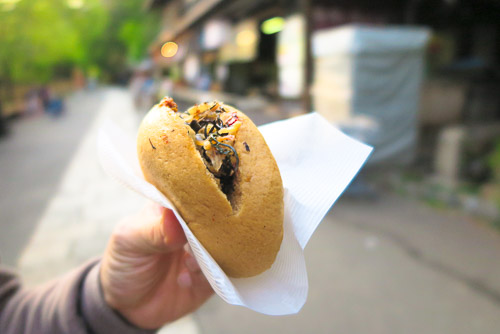 Jindaiji Temple is open between 8 a.m. and 5 p.m. every day. Free entry.

From Kichijoji Station South Exit: take an Odakyu Bus bound for Jindaiji (深大寺行) or Chofu Eki Kita Guchi (調布駅北口行) and get off at Jindaiji Iriguchi (深大寺入口) bus stop. About 30 minutes.

From Mitaka Station South Exit: take an Odakyu Bus bound for Jindaiji (深大寺行) or Chofu Eki Kita Guchi (調布駅北口行) and get off at Jindaiji Iriguchi (深大寺入口) bus stop. About 25 minutes.

Jindaiji is right next to the big, beautiful Jindai Botanical Garden. South of Jindaiji Temple is Chofu City with several other sights worth seeing as part of your trip out here.