The Advertising Museum Tokyo (ADMT) is located in the Caretta Shiodome Building in the Shiodome district of Tokyo close to Shimbashi Station in Minato ward.

The Advertising Museum Tokyo is Japan's first museum dedicated to advertising and marketing and opened in 2002. ADMT collects, preserves and exhibits advertisements in all their forms from both Japan and overseas and was established by the Yoshida Hideo Memorial Foundation.

The heart of the permanent collection introduces the history of Japanese advertising from the Edo Period to the present day.

On display are early Edo era advertisements such as colorful woodblock prints (nishiki-e), summer fans and flyers (hikifuda) for kabuki and other forms of entertainment, as well as more westernized forms of advertising introduced from the West during the succeeding Meiji Period such as newspaper and magazine ads.

The Taisho Period saw the emergence of the father of Japanese graphic design, Hisui Sugiura (1876-1965) and the era of high-quality posters for specific events. The era of 20th century advertising is introduced in an pop-art collage of popular products, as well as seminal issues of newspapers, album and CD covers and magazines.

Video screens throughout the museum space present foreign and Japanese classic TV ads and the 21st century of digital advertising is represented on the 21st Century Wall using the keywords of "Asia", "Digital" and "Eco-friendly."

Other exhibits include a TV and Radio Commerials Corner, Public Service advertising, an Audio-Visual Hall and Outdoor Advertising including neon signs. 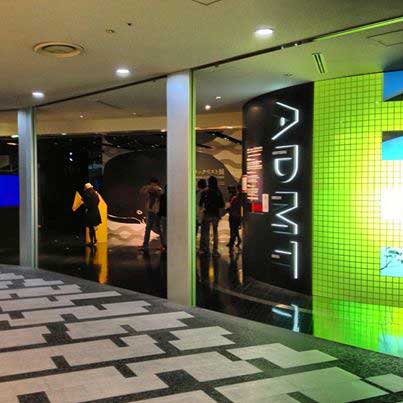 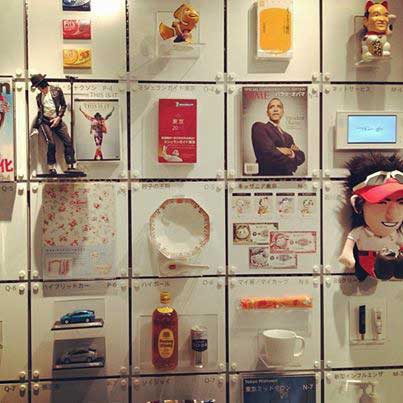 Advertising Museum Tokyo is Japan's only library specializing in advertising and marketing with over 22,000 works available to researchers, students and scholars in the field.

The library is open to the general public though resources cannot be borrowed from the library.

ADMT's shop stocks a range of goods including CDs and DVDs of famous commerials. 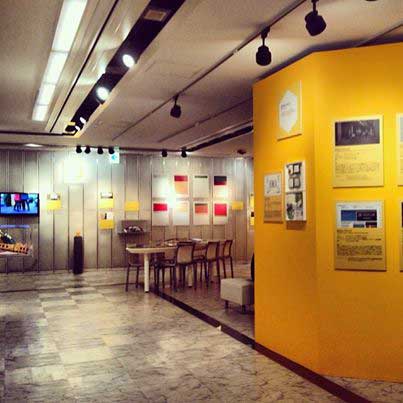 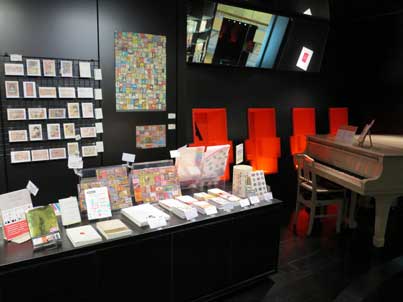 Advertising Museum Tokyo is located in B1 and B2 of Caretta Shiodome.

The nearest station to the Advertising Museum Tokyo is Shimbashi Station on the JR Yamanote Line (2 stops from Tokyo Station), the Tokaido Line, the Yokosuka Line and the Keihin Tohoku Line for trains to Shinagawa, Yokohama and Ofuna.

Shimbashi Station also has Tokyo subway trains on the Toei Asakusa Line. Alternatively the museum is very close to Shiodome Station on the Oedo Subway Line and Yurikamome Line from Odaiba.

Hotels in Shiodome close to Advertising Museum Tokyo include the Park Hotel, the Conrad Tokyo, the Mitsui Garden Hotel Shiodome Italia-gai, the Dai-Ichi Hotel Tokyo north of the station, the Hotel Villa Fontaine Shiodome and the APA Shinbashi Onarimon. 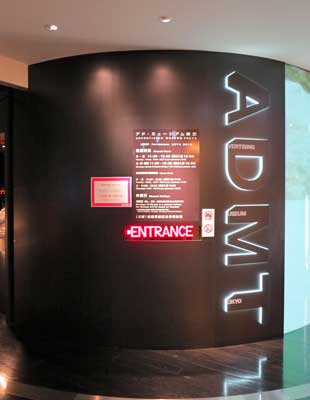