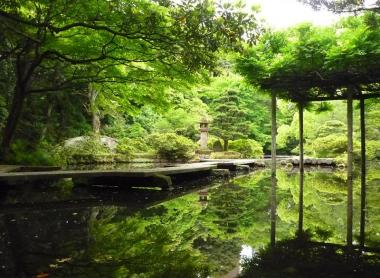 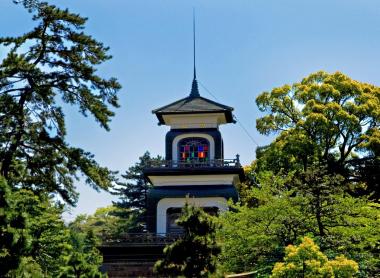 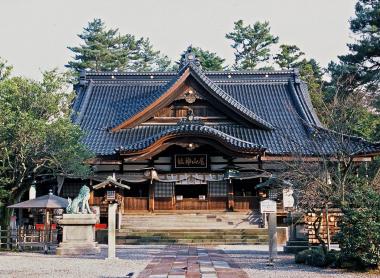 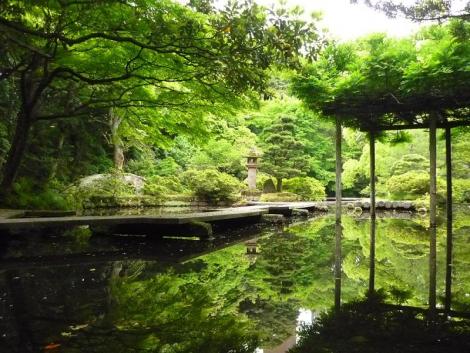 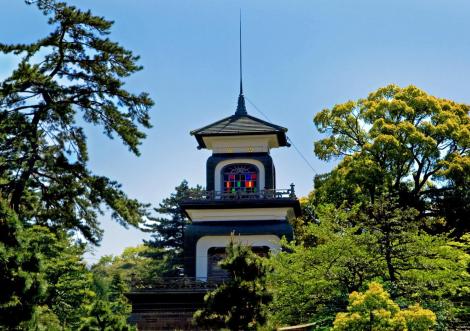 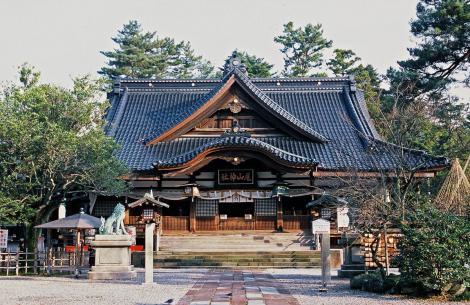 A gate of three arches marks the entrance to this sacred place. Curved roofs in true Asian style are accompanied by church-like stained glass. No, you are not dreaming. This tower was built in 1875 by a Dutch architect who wanted to mix the influences of Japanese, Chinese and European religious architecture. It is truly innovative and aesthetic. The tower was a lighthouse before being transferred to the sanctuary of its present site. Today, it marks the landscape with a commanding presence.

Founder of the Maeda clan (the most powerful in the Kanazawa region), Maeda Toshiie died in 1599. The spirit of his admired character was then deified at the Oyama sanctuary. But as the Tokugawa clan had just taken power, they saw as a threat any demonstration of power by the lords of the area, which had been defeated in an attempted revolt.

Rituals took place in secret to deify the spirit of Maeda safely. Officially, the sanctuary was dedicated to the deity Hachiman, while locals made ​​clandestinely tributes to their chief protector Maeda. This region's history can be admired inside the complex with statues, and an exquisite garden. The garden adorns the sanctuary with a touch of greenery and freshness with its small pond with wooden walkways. Visitors can take a floating walk over the pond, and satisfy their senses with the sound of water and the sight of lanterns carved identical to that of Kenrokuen. Urban sounds are muffled in this cocoon, a holy place for the body and mind.

The home of Zen in Kanazawa is Daijoji. This temple, a faithful refuge of the Soto sect, gladly welcomes the curious to participate in religious services. Tempted by introspection?

Located in Kanazawa, Ninja-Dera temple's normal appearance doesn't give the impression of anything ninja-like. But under its ordinary outside hides a castle filled with traps.

Treasure is not always what we think it is. At Tentokuin temple, the wonder is not in the place of worship, but in its door, opening to a princess's destiny.