Shimabara, Kyoto: read a guide to the Edo period licensed red-light entertainment and brothel area of Shimabara in western Kyoto. 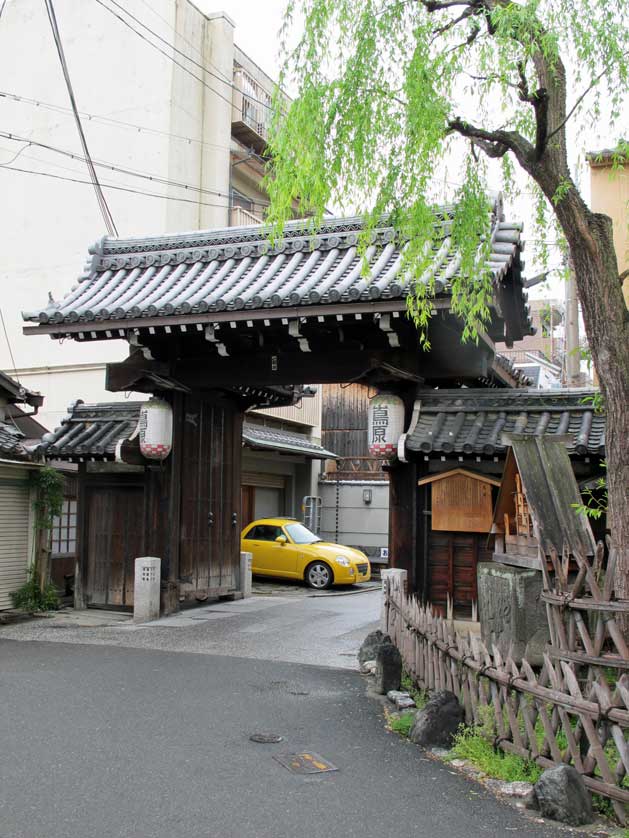 Shimabara, located to the west of Nishi-Honganji Temple along Hanayacho Street in Kyoto, is a former licensed courtesan and later geisha area of the city.

The first licensed "entertainment area" in Kyoto was established by Toyotomi Hideyoshi at the junction of present-day Nijo and Yanaginobanba. This later moved to an area just to the north of Nishi-Honganji and then again in 1640 to where it stands today, in an area known at the time as Nishishinyashiki, but popularly referred to as "Shimabara," perhaps after the uprising by peasants in Shimabara in Kyushu from 1637-1638 or the resemblance of the main gate to that at Shimabara Castle. No-one really knows for sure!

Shimabara prospered as red-light district until 1958 when prostitution was made illegal in Japan and the geisha quarter survived until the 1970s. Shimabara was one of the three main licensed prostitution quarters established by the Tokugawa regime to control the practice. The other two were Yoshiwara in Edo (Tokyo) and Shinmachi in Osaka. Originally the Shimabara Pleasure Quarters would have been enclosed by a wall and surrounded by a moat.

The entrance gate to Shimabara still stands and is a fine narrow, wooden gate with a tiled roof. A stack of wooden buckets stands by the gate as a reminder of the threat of fire to the wooden buildings that once stood within. Two former teahouses/restaurants/bordellos remain from the Edo Period. The best is Sumiya, now the Sumiya Motenashi Art Museum and a must-see on a visit to Kyoto's Shimabara.

Sumiya is the last remaining example of ageya architecture in Japan and is designated as an Important Cultural Property. Ageya were elegant restaurants where geisha and tayu aka oiran (courtesans) lived and performed for their guests and patrons.

The two-story wood and tile building dates from 1787 and contains an original Edo Period kitchen, tatami-rooms with priceless byobu folding screens and fusuma-e (paintings on sliding doors) and an exquisite garden with pine and cherry trees. Sumiya was also a popular meeting place in the Bakumatsu Period for opponents of the Tokugawa such as Saigo Takamori, Kusaka Genzui and Sakamoto Ryoma and their sworn enemies the feared Shinsengumi special police force. 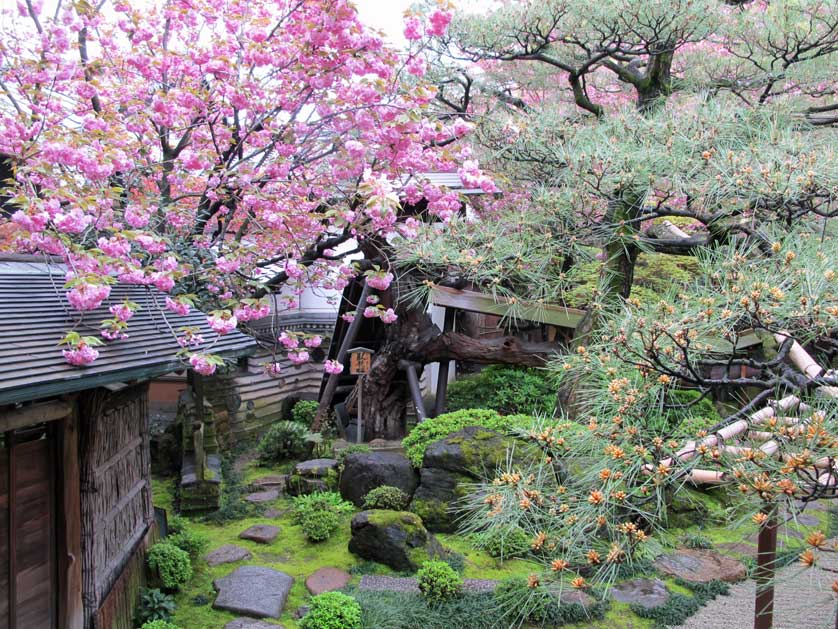 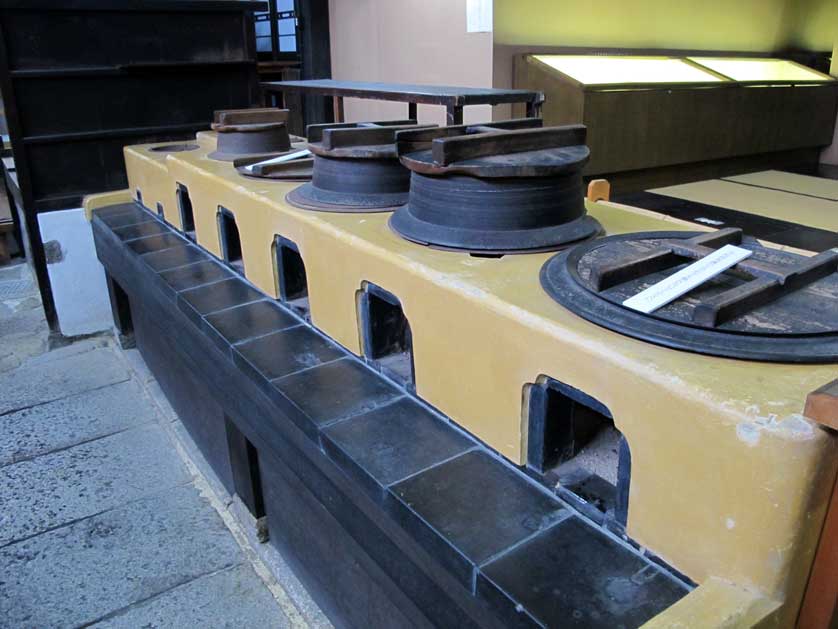 Wachigaiya is another preserved geisha teahouse or okiya dating from the 1680s. In its heyday, Wachigaiya was frequented by trainee geisha and tayu and the latticed wooden building displays a gaslight with the linked circle crest of the the tea house.

Other places of interest in Shimabara include a small shrine on the way to JR Tambaguchi Station, called Shimabara Sumiyoshi Jinja, which was the tutelary shrine of the one-time entertainment district.

If you wish to stay and sample the atmosphere of this peaceful and historic area, the Shoei Ryokan (Tel: 075 351 4084) boasts an outdoor bath (rotemburo) made from lava from Mt. Fuji and traditional Japanese cuisine served in the adjoining Hanaguruma restaurant. 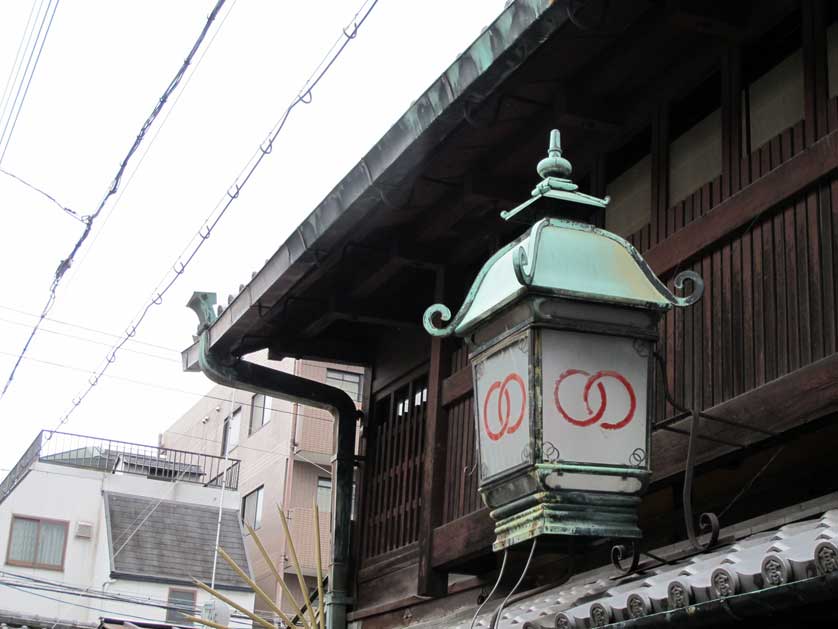 Access: From JR Tambaguchi Station, which is one stop west of Kyoto Station on the Saiin Line, walk south along Senbon Dori. This is the street you come to as you exit from the right side of the station. Senbon runs next to the JR train line. Walk with the train line above you and on your right and the Kyoto wholesale fruit and vegetable market on your left. When you reach a small temple on the left, turn left. This route will bring you to Sumiya in the heart of Shimabara.

If you are coming from the north side of Nishi Honganji Temple, walk west on Hanaya-cho Dori for three blocks. This route will lead you to the old gate of Shimabara.Google Map of Shimabara 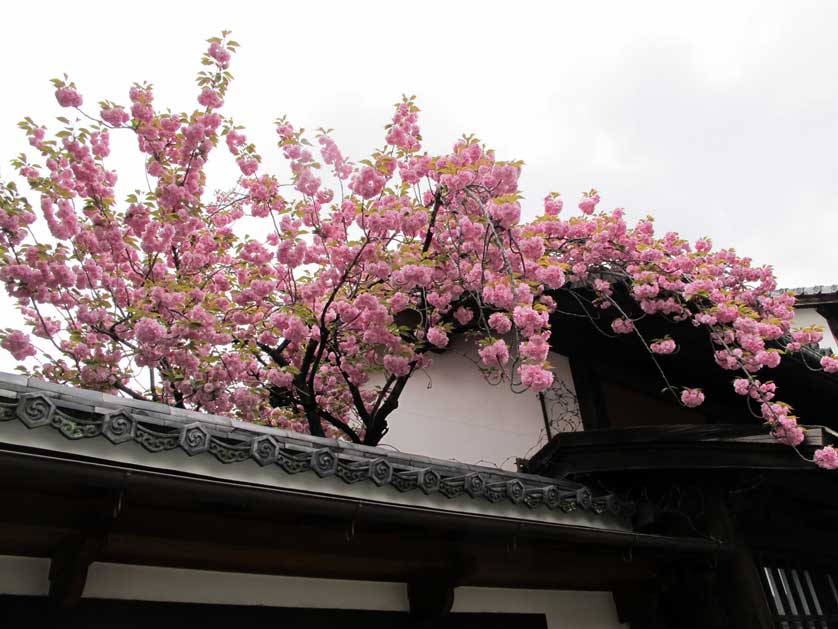 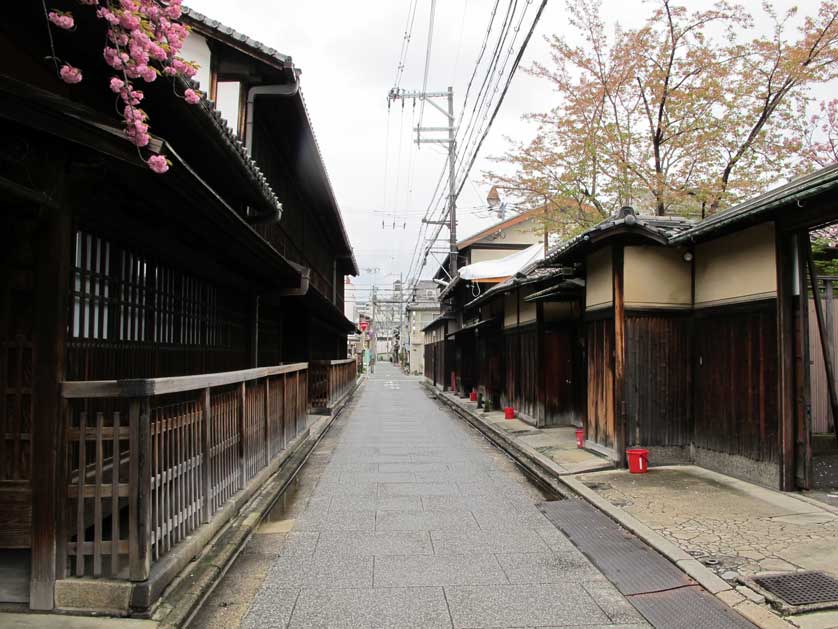