Kobe's appeal is not limited to its famous beer-fed and massaged beef. The capital of Hyôgo prefecture, the city stretches between its famous port and vast hills to the north. From European-style houses to far-reaching waterside shopping malls and botanical gardens, Kobe awaits your visit with many pleasant surprises.

The history of the city of Kobe

Kobe is located between the Seto Inland Sea and Mount Rokko. The history of the city, whose name literally means "the gate of the gods" or "the spirits" depending on the translation, is roughly similar to that of Yokohama and Nagasaki. Originally a modest fishing port, Kobe developed rapidly owing to its trade with foreign countries and experienced several prosperous periods.

In 1180, the military commander Taira no Kiyomori chose to establish the capital of Japan there. This glory was short-lived, as Kobe retained this status for only six months. Later, with the reopening of the country to foreigners in 1854, Kobe shined even more brightly and became one of the largest port cities in the archipelago. Modern buildings and leisure complexes now overlap in the Harbor Land port area. Among them are the Port Tower, the Meriken Park, the Mosaic Garden, and the Kobe Maritime Museum.

Like its cousins in Yokohama and Nagasaki, several foreign communities of sailors and merchants settled in the city after the period of isolation (1641-1853). The romanticism of the western district Kitano or the liveliness of the Chinatown Nankin-machi, give the short-lived capital a touch of exoticism still visible today.

Kobe is also well known for its famous wagyu beef, marbled meat that offers an unforgettably delightful experience - be sure to try it in one of the city's restaurants.

The Kobe earthquake, a turning point in the life of the city

In 1945, during the Second World War, the city was largely destroyed by napalm bombing. However, the city rose from its ashes, more prosperous and modern than ever. But suddenly, on 17 January 1995 at 5.46 a.m., everything changed again. A violent earthquake measuring 7.2 on the Richter scale destroyed the city, killing more than 6,400 people and injuring nearly 44,000. Electricity was cut off for a week, and water and gas were not restored until several months later.

However, it took only two years for the city to rebuild. Today, the earthquake memorial park and part of the destroyed dock are the only remnants of this deadly earthquake... 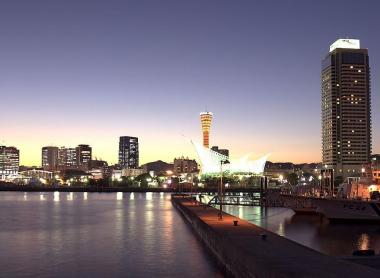 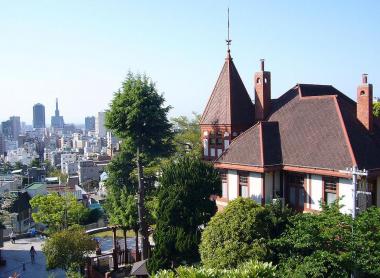 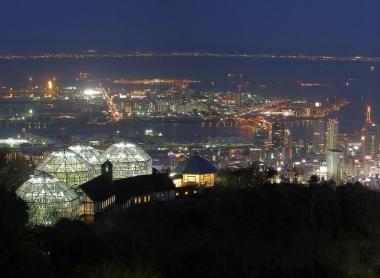 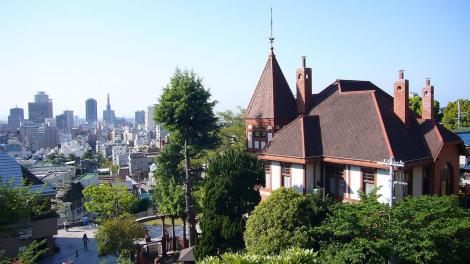 What to see in Kobe?

Kobe is a medium-sized city by Japanese standards, which can be visited in one or two days. It is easily accessible from Osaka (20-30 minutes) and Kyoto (less than an hour).

The heart of the city is centered around Sannomiya Station and the port.

In early December, don't miss the Winter Festival of Lights, organized in commemoration of the great earthquake. More than three million visitors come to the city to see this ten-day festival of bright neon lights.

Finally, Kobe is adjacent to some incredible natural landscapes. From Suma Beach (near the cosmopolitan Suma Rikyu Park and the Aquatic Life Park) to the various waterfalls of Nunobiki, the city's surroundings offer visitors some spectacular views.