Himeji, the most famous castle in Japan

Himeji is a medium-sized city, facing the Seto Inland Sea between Kobe and Okayama. This city, with the prestigious past, maintains its fame for its exceptional white castle. Here are Japan Experience's suggestions on what to see, visit and what not to miss in Himeji.

Halfway between Kobe Okayama, Himeji was originally created as the fortified city of the ancient feudal province of Harima, then controlled by the Akamatsu clan, during the Nara era (710 - 794). It was the daimyo Ikeda Terumasa who made Himeji a major stronghold. It was only after the construction of its famous castle in the 14th century that the surroundings became populated, and that the city of Himeji became the center of the Hyogo region. Today, however, it is his big sister Kobe who is the capital of the prefecture.

Like many other Japanese cities, the city suffered greatly from aerial bombardment during the Second World War. 63% of the city was destroyed by American air raids. Miraculously, the castle was spared from fires, and also remained standing through typhoons and even during the great earthquake of Kobe in 1995. This is why the Japanese believe that the castle benefits from divine protection.

The Celebrity of Himeji Castle

Symbol of the city and known as one of the most beautiful in Japan, Himeji Castle can be seen on arrival by train. Located at the end of the wide thoroughfare Otemae-dori, the keep sits majestically above a leafy park and overlooks the city. Built in the 14th century this castle is one of the rare original Japanese castles, not a modern replica, and has been preserved well.

To get there, you can either opt for walking, take the Loop Bus sightseeing bus, or travel by bike. Indeed, the two tourist offices of the city (located in the station and on Otemae-dori, the sidewalk on the right towards the castle) offer free bicycles to tourists.

After a long period of work (from 2010 to 2015), the famous "White Heron Castle" has regained its splendor and is today one of Japan's main attractions. It's surroundings are also popular sights for visitors, especially Koko-en garden. 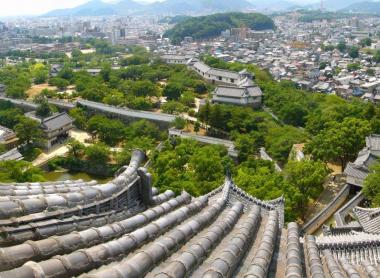 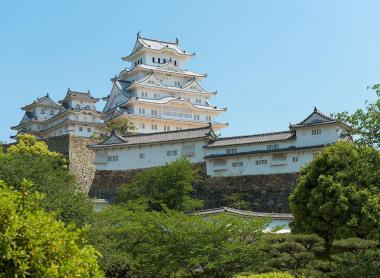 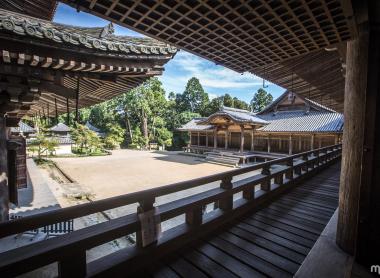 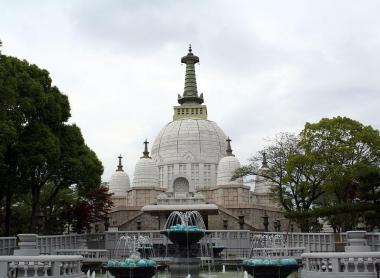 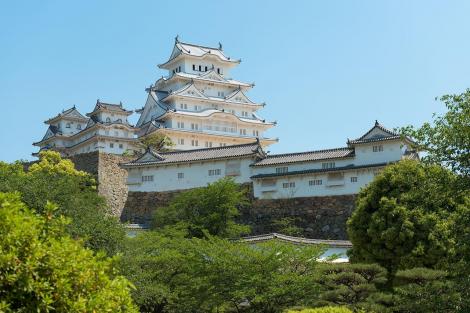 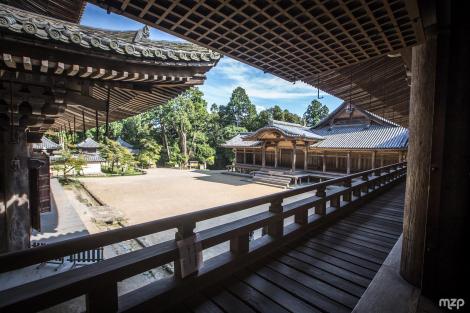 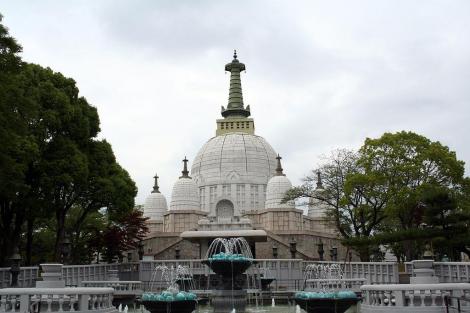 Visit Himeji and its treasures through on one of our tours

Not to miss in Himeji

Apart from the castle, the city is home to several places of interest not to be missed, including the Nagoyama cemetery, northwest of the station on a hill. From the castle, you can see the great white stupa that sits there. A stupa is a Buddhist monument from India, in the shape of a dome, a shrine containing a Buddha relic. Here you can admire statues, mosaics, representations of Kannon (Buddhist figure of mercy) and meditate with the ashes of Buddha, offered in 1954 by Indian Prime Minister J. Nehru.

The cemetery is dedicated to the graves and the memory of some 111,000 Japanese soldiers who have died since the start of the Meiji era (1868-1912). The walk on this hill also allows you to enjoy a fantastic view of the city.

Also located north of the city is the ascent of Mount Shosha. At its summit is the Engyo-ji temple. It requires a bit of travel (you have to take a bus to the station for 30 minutes, then a cable car) but it is a must for moviegoers because this location is known for filming sequences from the film "The Last Samurai ". Mount Sosha is also highly recommended in autumn.

The Hyogo Prefecture History Museum will interest those who are curious about Japanese history. Unlike many prefectural museums, it does not focus on the history and artists of the prefecture. You will find replicas of the 12 original castles in Japan.

What to see and do in Himeji?

Exploring Himeji can easily be done in a day, or two for those who are fond of museums and viewpoints, or those who wish to radiate a little around the city. Just to see its castle, going to Himeji is recommended.

You will note that main sights are gathered around Himeji Castle, the heart of the city. 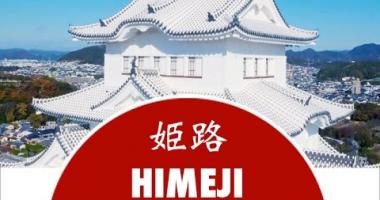 How to get to Himeji?

The city of Himeji is easy to get to with public transport, located in the heart of Hyogo prefecture. It is located on the south coast of Honshu, like the major cities of Osaka, Kobe, Okayama and Hiroshima, and is found on the route of the long shinkansen Sanyo line, which extends from Osaka to Fukuoka.

The Himeji station is accessible via the shinkansen, in less than an hour from Kyoto (5370 yen from Kyoto station) and 30 minutes from Osaka (3810 yen from Shin-Osaka station). Allow an hour's journey, by shinkansen, from Hiroshima Station (8,650 yen). There is also an economical solution to get to Himeji from Osaka, using local trains on the JR Kobe line (in 1 hour from Osaka, for only 1,450 yen).

Go to Himeji with no additional costs with a Japan Rail Pass!